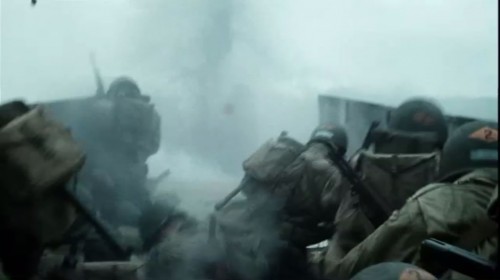 The first twenty minutes or so of Saving Private Ryan

is a raw horrific introduction what “modern” warfare is all about. This is no glorified Hollywood war film, this is what, according to many veterans, war is really like.

That opening sequence was brutal and extremely shocking. it is shocking as the violence is sudden, brutal and non-discriminating. You get to see not just the immediate impact of war, but also the brutal impact it has on individuals. 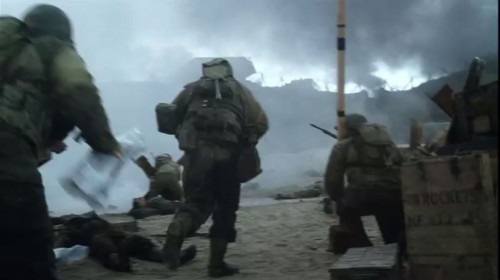 It has to be said that though the rest of the film is not as powerful, not that, that is a bad thing, two hours of intense warfare would not make a good film. As a result there was a fair bit of criticism of the pace of the rest of the film. I actually think that the change in pace adds to the story.

I was very impressed with the way in which Spielberg shot and processed the film, very evocative of the colour films of the era of the movie. The beach sequence is very powerful, but I also think that the final scenes in the French village are also well done. The ruined buildings, which were all purpose built for the film and then “destroyed” to represent bombing and artillery really do look the part. If you look at photographs of the Normandy campaign you will see buildings in a similar destroyed state. 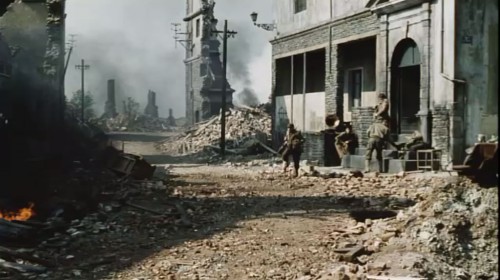 and, apart from his more recent stuff have enjoyed his films. He certainly has played a diverse range of characters, think of Hanks, and you can think of Sleepless in Seattle

. I think he does a great job in Saving Private Ryan. He is well supported by an excellent cast. 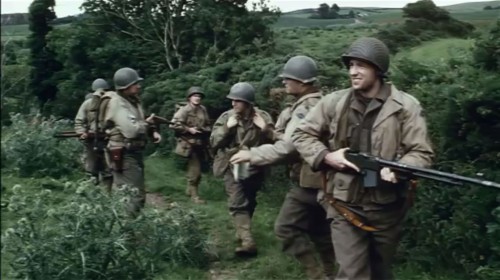 As might be expected from a film that won five academy awards, what followed were many films in a similar vein, I did think that Clint Eastwood’s Flags of our Fathers & Letters from Iwo Jima

were good films, not quite as good as Saving Private Ryan, but certainly well worth watching. Spielberg and Hanks of course went to TV with Band of Brothers

(and more recently The Pacific

). I didn’t get very far when I originally watched Band of Brothers on the TV, I think I saw two episodes. More recently I borrowed the DVD boxed set from a friend and watched the whole series. I did enjoy that though it was very similar in style to Ryan.

Many years ago I was tasked with testing some projectors for work, so I connected it to a VCR and played Saving Private Ryan against a blank wall. I was very impressed watching that opening sequence on my own big screen!

Get Saving Private Ryan at Amazon.