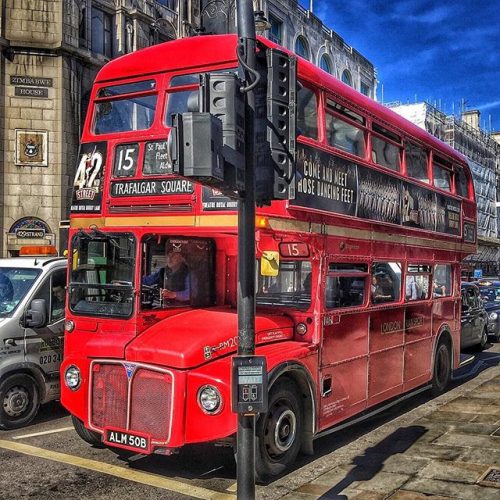 Though there are many new buses in London, it still gives me a warm nostalgic fuzzy feeling when I see an old Routemaster still in service, usually as I walk down The Strand in London. These classic old buses epitomise London and though the new modern flash ones are more environmentally friendly, accessible, and “better” I still have a place in my heart for these old red double deckers.

When I mention where I live, the talk often comes round to people getting stuck in the mud or cars getting caught by the tide.

Those who live in Weston-super-Mare will know that every summer weekend, a visitor or three gets caught in the mud trying to cross between Uphill beach and Break Down. The river Axe gets in the way, but it’s usually the mud that gets in the way first.

After the mud, the other thing that comes up in conversation is the tidal range.

Usually referred to the as the second highest tidal range in the world, it is actually the third, only the bay of Fundy (North America) and Ungava bay (Hudson straits) are bigger. The tidal range on the Severn can be as much as 15m (49ft). What this means for Weston-super-Mare is that the low tide mark in Weston Bay is about one mile from the seafront. For most of the time you don’t see the sea, which is why when I get the chance to see the beach with the tide in I take a photograph! 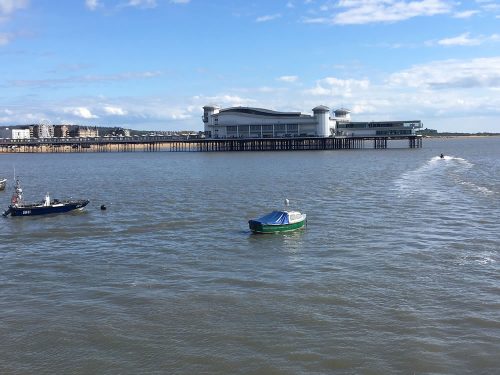 Although the beach itself is sandy, low tide uncovers areas of thick mud, hence the colloquial name, Weston-super-Mud.

The other aspect of this long ideal range is that sometimes people get caught out by the fast rising tide having parked their car on the beach and their car gets swamped by the incoming tide.

This was the first time seeing the tide in at Uphill beach (just along from the main beach at Weston-super-Mare) that I saw a bus right by the high tide. 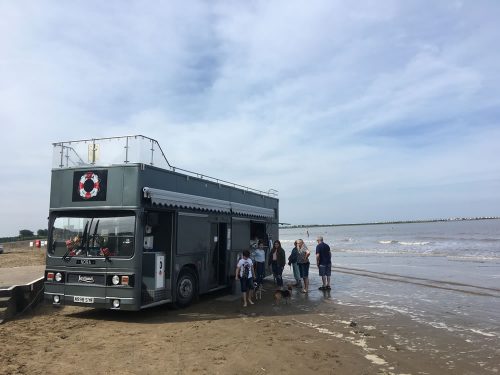 This wasn’t any old bus though, this bus served coffee!