I’d just like you to stir-fry a few ideas in my think-wok. 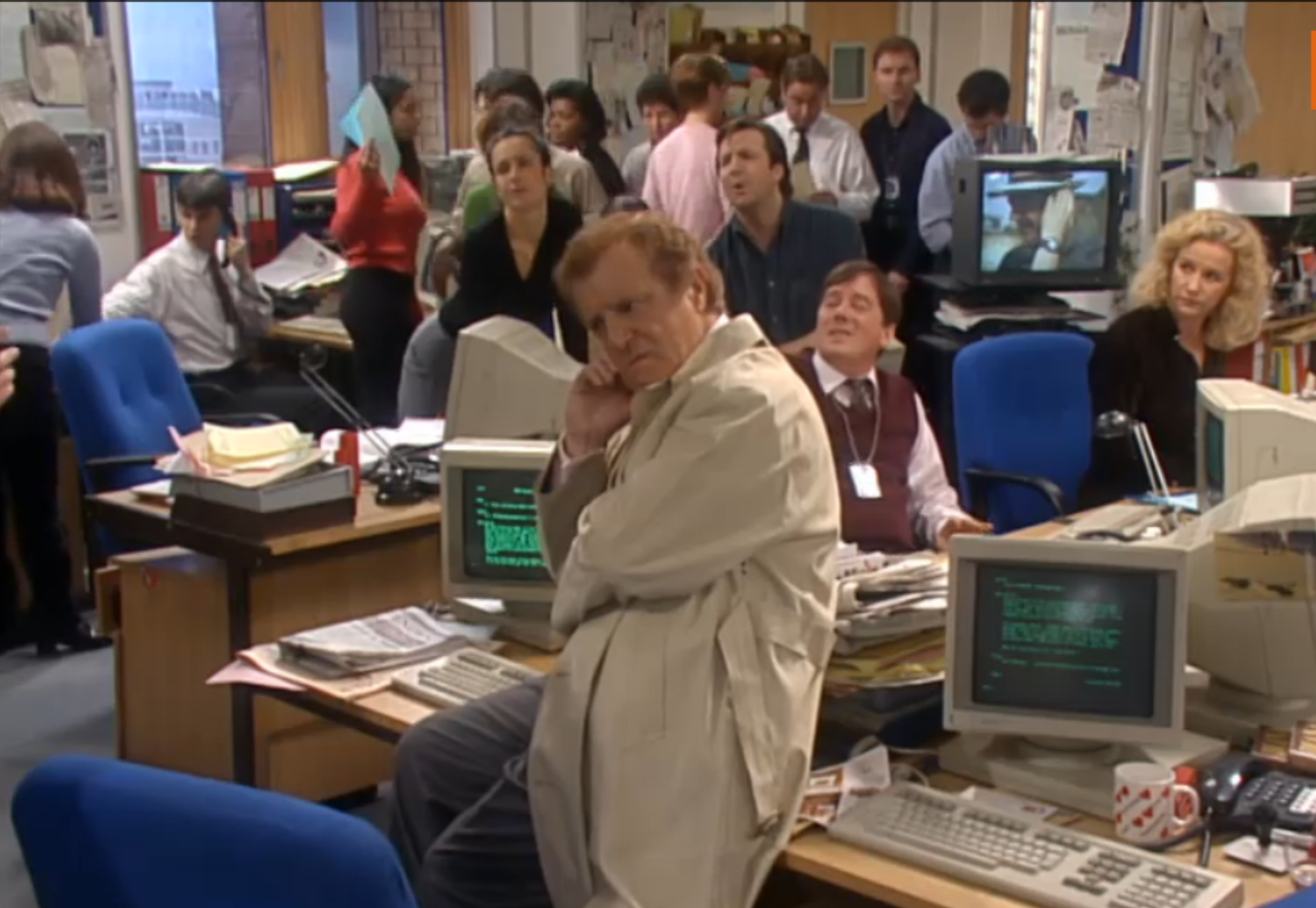 Drop the Dead Donkey is set in the offices of “GlobeLink News”, a fictional TV news company, it covered the life of some key staff and presenters.  The work and personal life of George Dent, Alex Pates and Dave Charnley putting together the news with presenters Henry Davenport and Sally Smedley, as well as field reporter Damien Day was portrayed in a comical and humours fashion. The characters were somewhat extremes (or are they), though my favourite characters was the cynical personal assistant, Joy Merryweather, who was neither joyful or merry. Overseeing all of the work of the news room was Gud Hedges, a real management stereotype who has no real idea about management, but attempts to put into the workplace all those weird and crazy things he must have learnt on management training courses. I think Gus Hedges taught me more about management (and how not to do it) than any real management training course I have been on.

Could we interlock brain spaces in my work area?

Recorded close to transmission, it made use of contemporary news events to give the programme a greater sense of realism. That means in some ways it hasn’t aged well, but on recent viewings I still found it very funny.

My favourite episode of this was the The Christmas Party, even thinking about it, makes me smile and laugh a little.

I really enjoyed many of the things that Andy Hamilton and Guy Jenkin have been behind, including Old Harry’s Game and Outnumbered.

Just a thought I wanted to pop into your fishbowl to see if it blows bubbles.