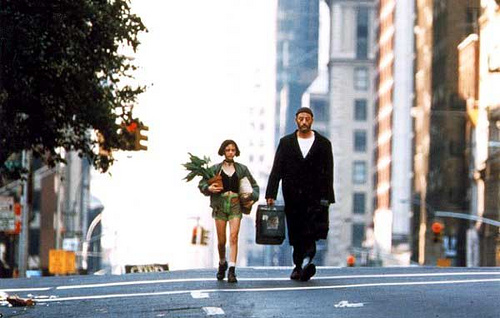 I have found when watching films there are a few that really showcase a director or an actor, as a result I make an effort to seek out other work they have done. To give you an example, after watching the Shawshank Redemption I did go our of my way to find films starring Morgan Freeman. Likewise Devil in a Blue Dress was the film that made me appreciate Denzel Washington as an actor.

Leon is a hard violent film, but is also a very powerful story with a fair few amusing and thought provoking scenes. Jean Reno is in many ways typically Jean Reno, from his facial expressions, to the way he portrays the cold calculating killer, who over time is softened into a fatherly figure by Natalie Portman’s character.

Beautifully filmed, the film’s story is one of revenge and the cost that it has on people’s lives.

Get Leon at Amazon.