In the late 1990s I made a weekend trip to Normandy, and we stayed in Caen having first visited Honfleur. On this trip I had taken my relatively new at the time, 35mm SLR and took some photographs.

All down the Normandy coast are marinas full of boats, this appears to be very much part of the culture of the place, but also they welcome hordes of visiting sailing boats from the south of England, as well as Spanish, Belgian and Dutch seafarers. 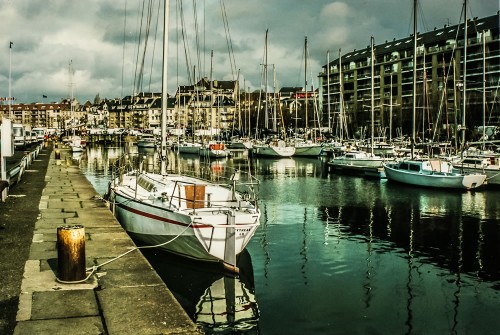 One of my overwhelming memories of that trip was a visit to the local market in Cane and the smell of tomatoes. You could smell them from some distance away from the stall. 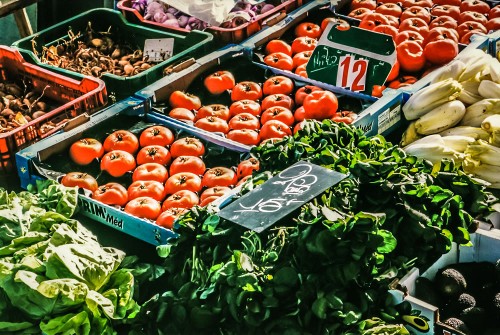 Even today I have never found an English market come close to those that I found in Normandy on that trip. Certaiinly the Italian markets I visited at the same kind of time were similar, full of fresh produce. 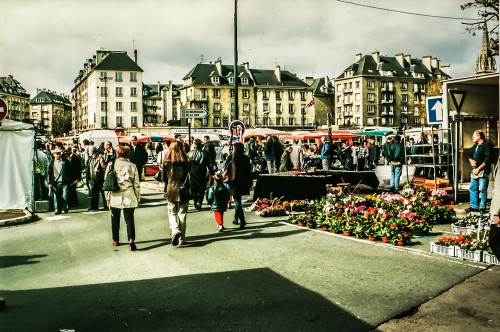 There were things there that you would never find in the British markets (or supermarkets) at the time, but things have changed. 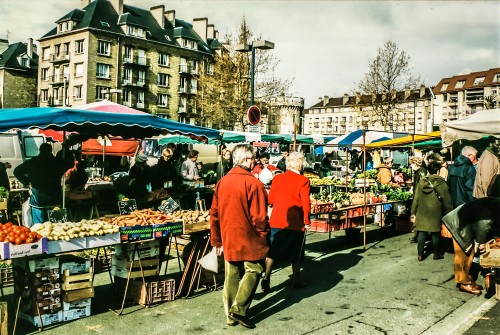 I wonder if these markets still exist? 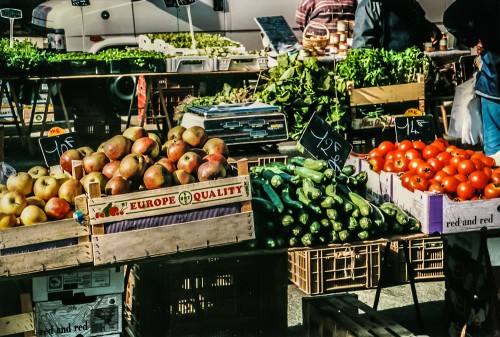 I remember at the time noticing this jeep like car, only later did I know it was a Citroën Méhari. 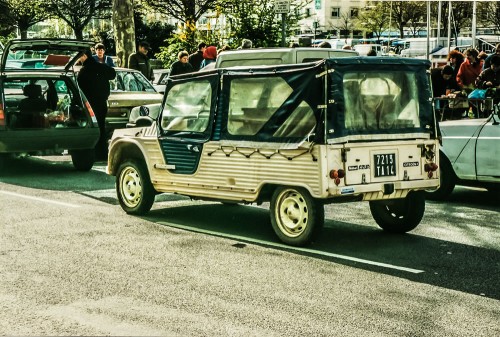 The Citroën Méhari is a light utility car and off-roader produced by the French automaker Citroën, a variant of the Citroën 2CV. nearly 150,000 Méharis were built between the car’s French launch in May 1968 and 1988 when production stopped. This means that this car was at least ten years old, but may have been even older. In case you didn’t know a méhari is a type of fast-running dromedary camel, which can be used for racing or transport.