The first instance of this that came to my attention was in May 2019 when I went to Manchester.  I had recently been using Amazon Photos as an online backup service for my photographs. One of the nice features is that in the app it shows you photos from the same date in previous years So I was amused to find that two years ago to the day, not only had I being in Manchester, but I had also taken some photographs including this one the same council building I had taken.

I was staying up in Manchester again. This time I was staying at the Macdonald Manchester Hotel. I had stayed at the hotel before in September 2015. Back then I had taken this photograph of the MSS Tower from my hotel room window. 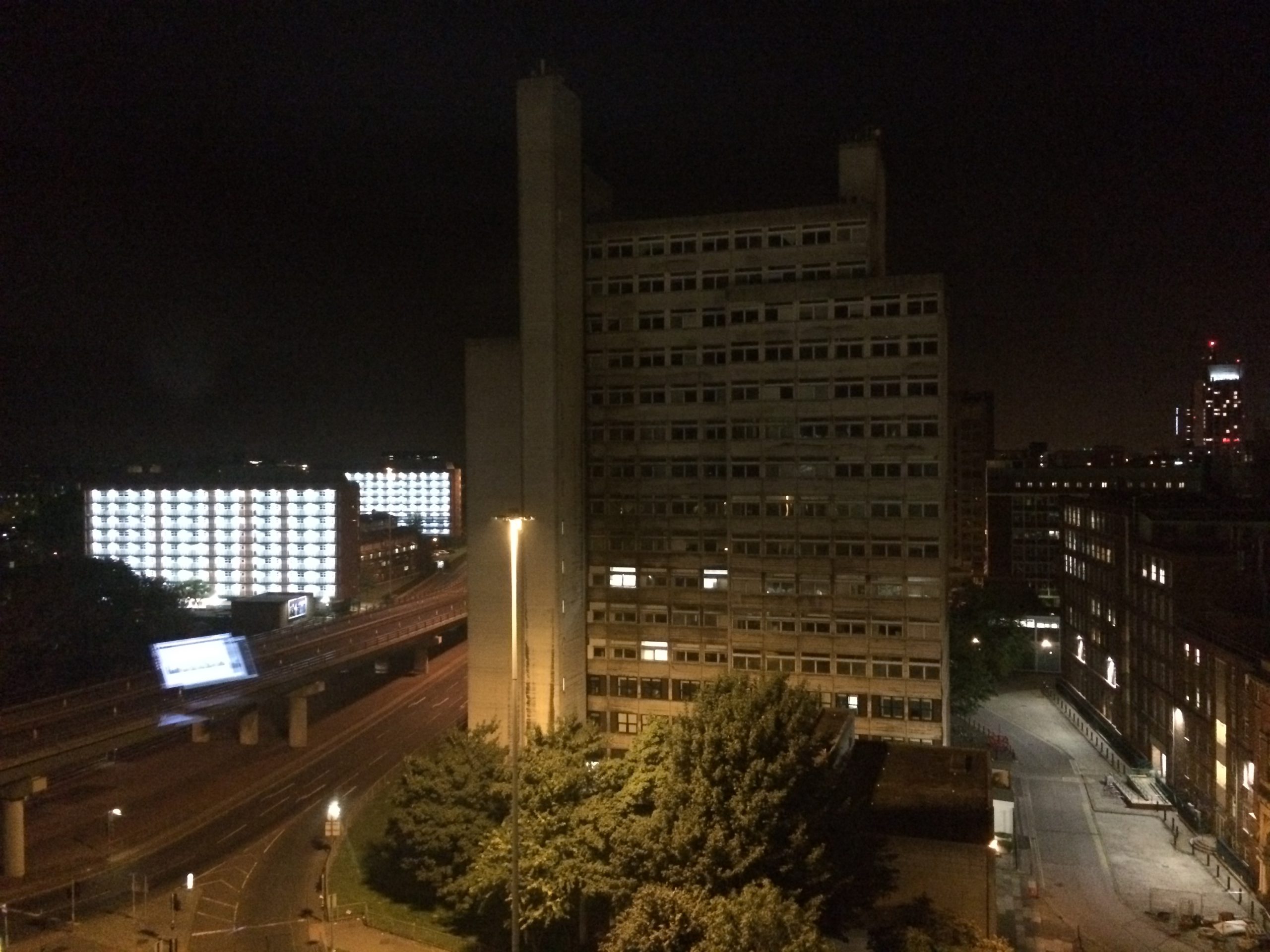 So staying at the hotel again in September 2022 I took a similar photograph. 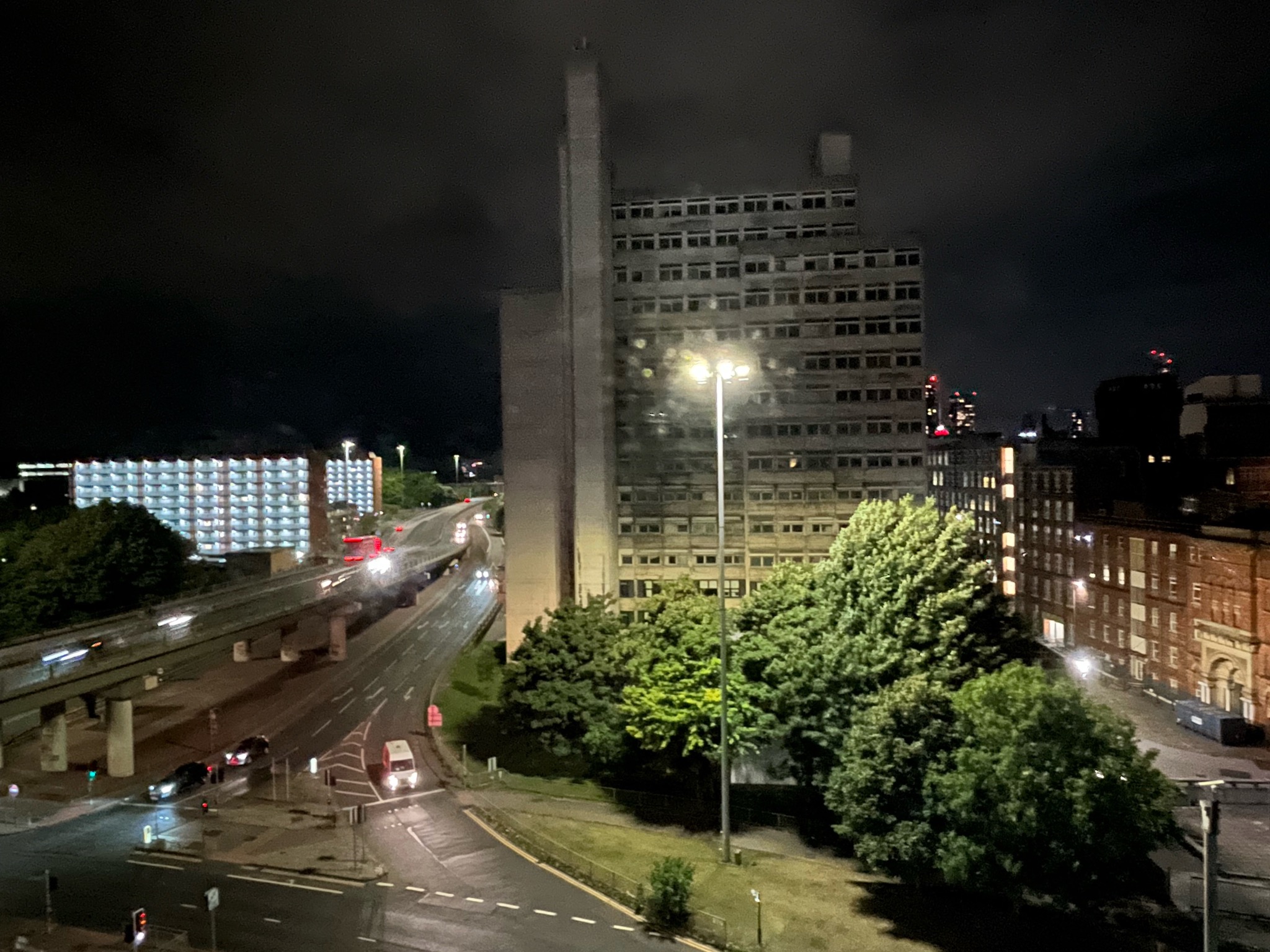 Not quite the same angle, as I was in a different hotel room and (probably) on a different floor.  Not too much had changed, the trees have grown though. Also the newer photograph was taken with an iPhone 13 which is better in low light conditions.