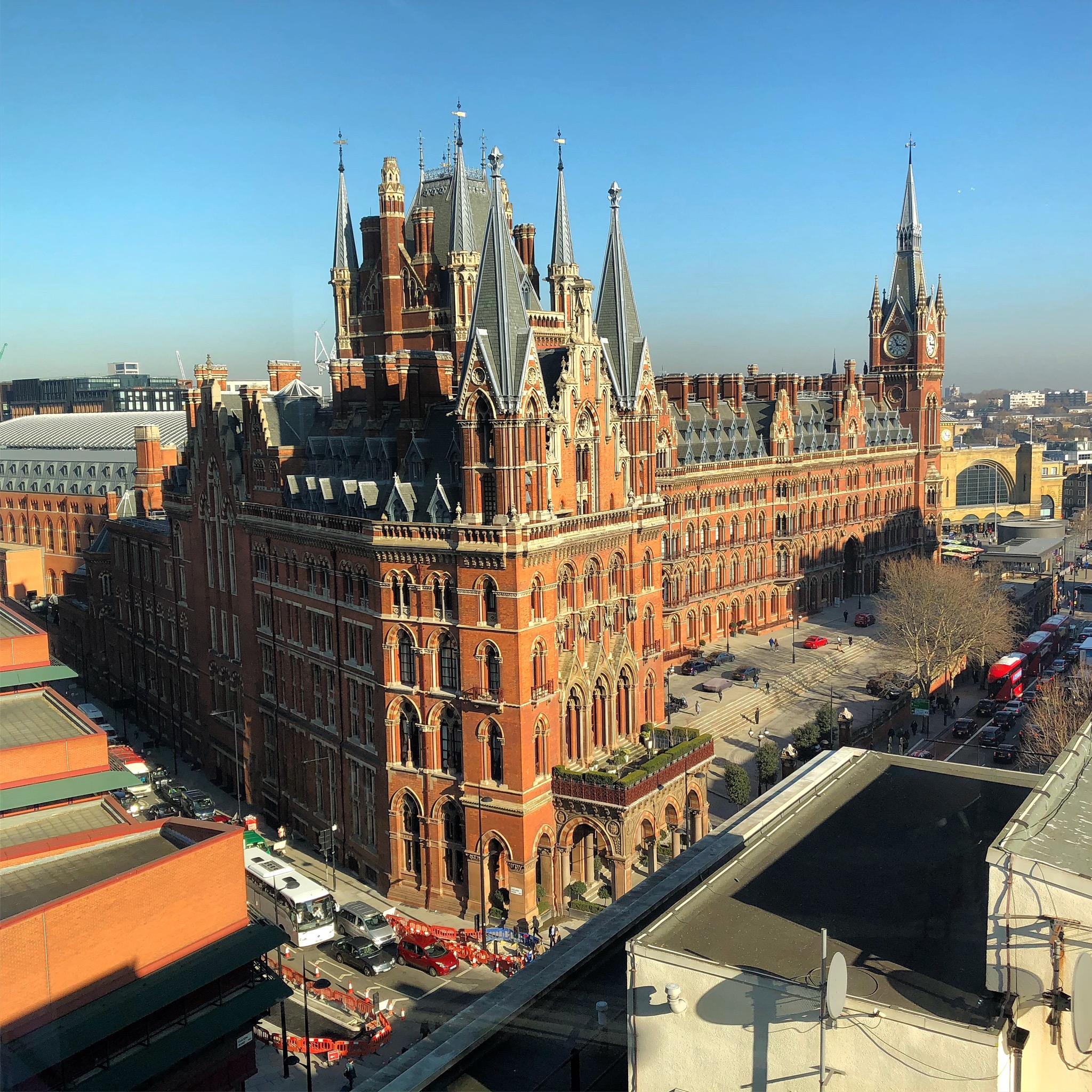 I took this photograph of St Pancras Railway Station in March 2019 from an office building across from the station.

I always think I should give them a go. However what I have started to notice is that I have been doing Then and Now photographs unintentionally over the years and have been taking photographs of the same thing or place from the same view or perspective years apart. The first instance of this that I noticed was in May 2019 when I went to  Manchester. It only really came to my attention that I was doing this a lot, when checking the Places function on the Apple Photos Mac App that I could see I had taken the same photograph of the same thing just years apart!

Back in August 2007 I took this photograph of St Pancras Railway Station. 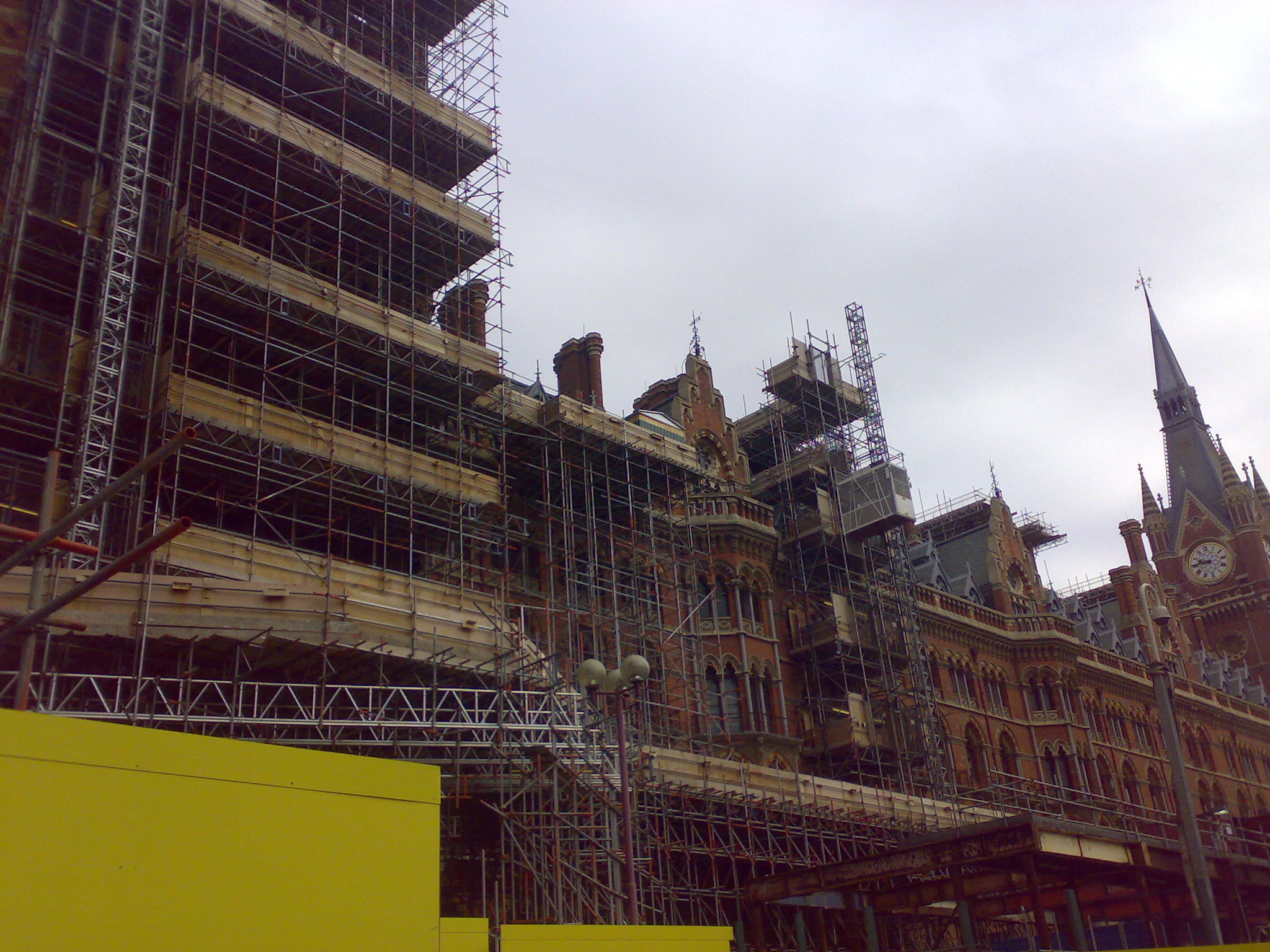 At the time the station was undergoing an £800 million refurbishment to become the terminal for the Channel Tunnel Rail Link as part of an urban regeneration plan across East London.

London St Pancras International, is a central London railway terminus on Euston Road in the London Borough of Camden. It is the terminus for Eurostar services from Belgium, France and the Netherlands to London. It provides East Midlands Railway services to Leicester, Corby, Derby, Sheffield and Nottingham on the Midland Main Line, Southeastern high-speed trains to Kent via Ebbsfleet International and Ashford International, and Thameslink cross-London services to Bedford, Cambridge, Peterborough, Brighton and Gatwick Airport. It stands between the British Library, the Regent’s Canal and London King’s Cross railway station, with which it shares a London Underground station, King’s Cross St Pancras.

This is the (similar) view of the station which I photographed in June 2016. 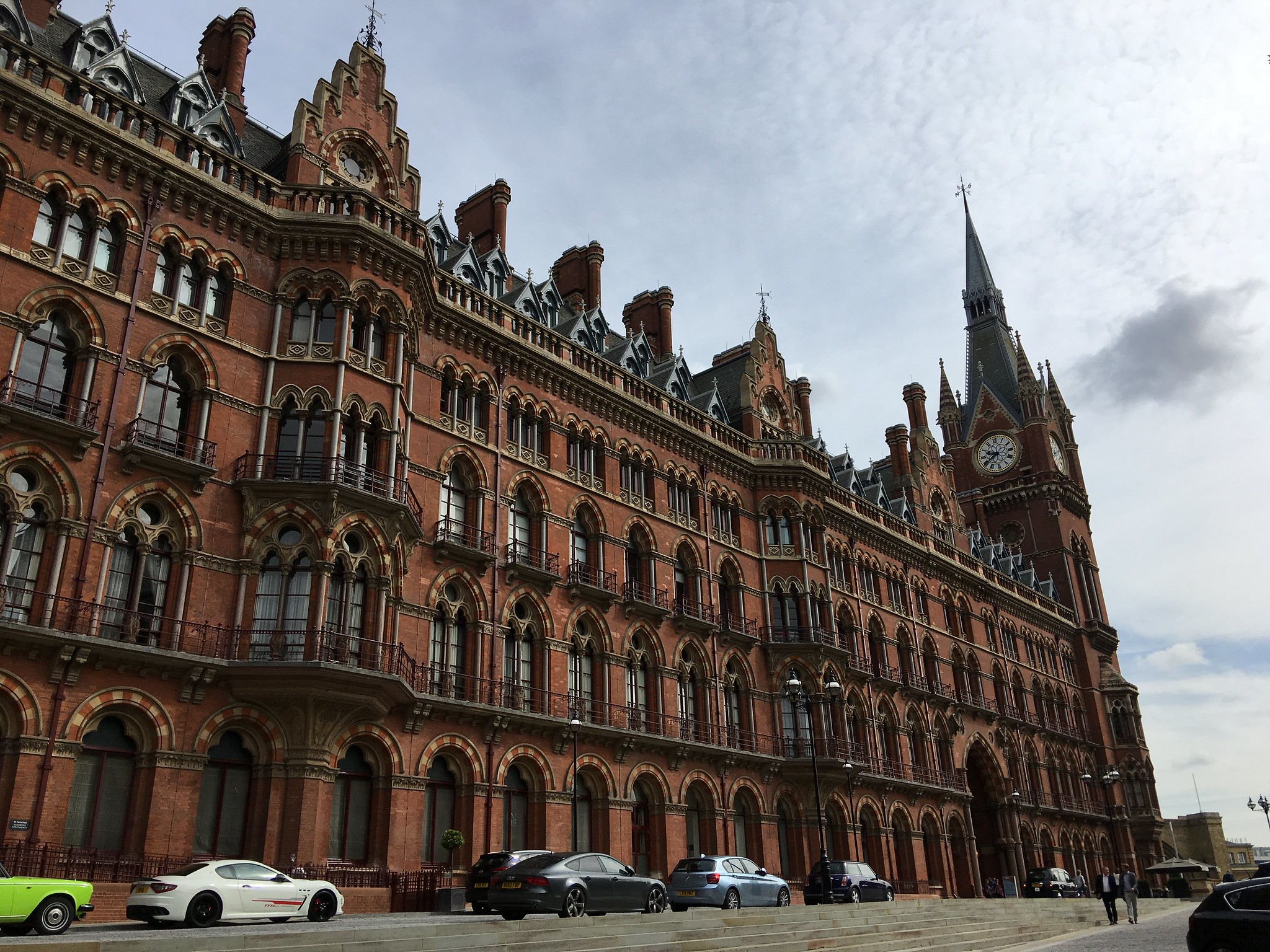 Two years later I was back and took a similar shot in September 2018. 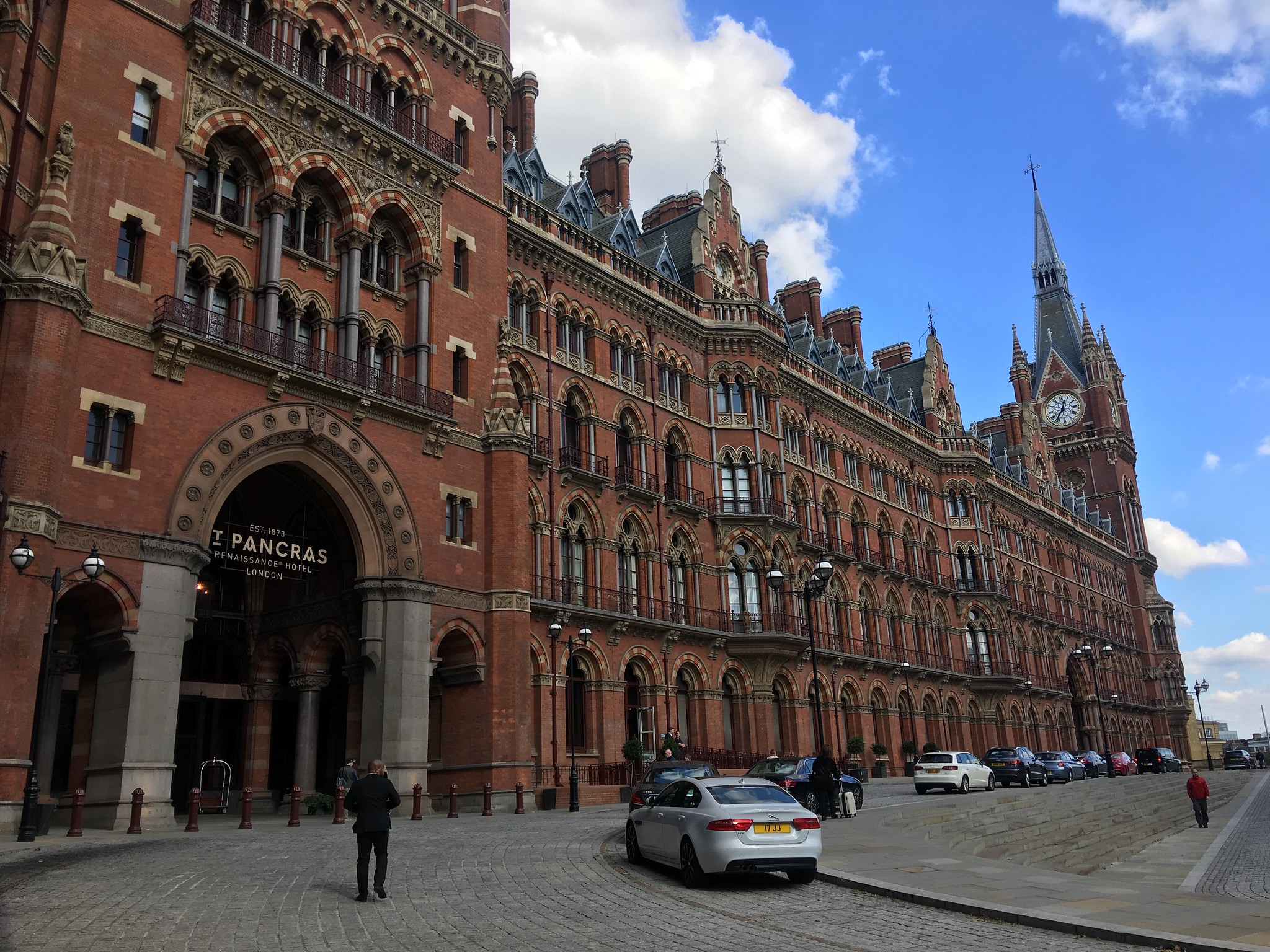 This time I was actually catching a train from St Pancras to Paris (and then onto Brest) for a conference presentation.

I was back at St Pancras in August 2021, however I took a photograph from a different perspective. 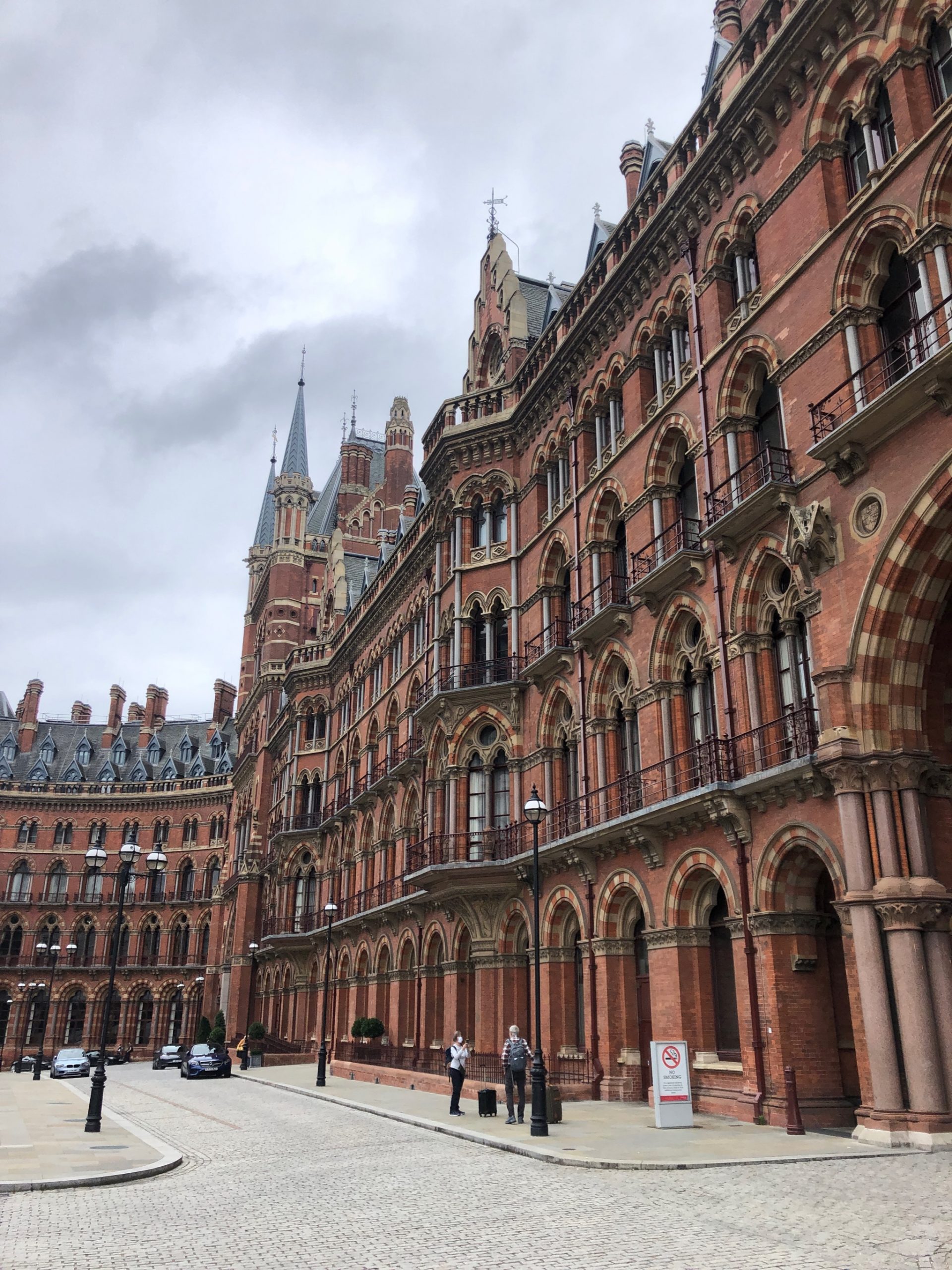 Close by to St Pancras is Kings Cross Railway Station.