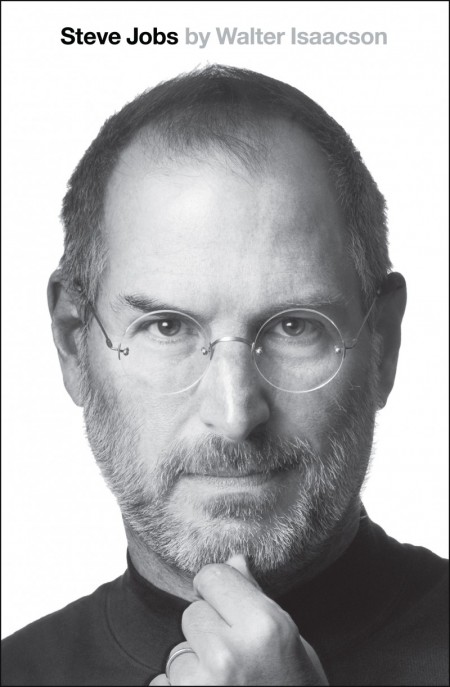 I have been thinking about buying the recently published Steve Jobs biography (or maybe asking for it for Christmas).

From bestselling author Walter Isaacson comes the landmark biography of Apple co-founder Steve Jobs. In Steve Jobs: The Exclusive Biography, Isaacson provides an extraordinary account of Jobs’ professional and personal life. Drawn from three years of exclusive and unprecedented interviews Isaacson has conducted with Jobs as well as extensive interviews with Jobs’ family members, key colleagues from Apple and its competitors, Steve Jobs: The Exclusive Biography is the definitive portrait of the greatest innovator of his generation.

When I started work in my current job I was interviewed for the staff magazine and was asked which three people I would have round for dinner, I think I had alongside Steve Jobs was Terry Pratchett and Captain Blackadder. Though having since then read various articles on Steve, he may have been a visionary with regard to consumer electronics, when it came down to dinner conversation, he didn’t really do that small talk thing.

One thing is which format do I go for, well if it’s for Christmas then I’ll probably go with the hardback, which has a RRP of £25 but is just £12.50 on Amazon

. If I am buying it myself then I may go with the Kindle edition… The Kindle version is £12.99!