They were filming on Corn Street in Bristol today. Update: They are filming a new HBO series called Industry, which is a new American drama series which follows the lives of young bankers and traders trying to make their way in the world in the aftermath of the 2008 collapse.

There were some powerful lights shining into The Jetty. 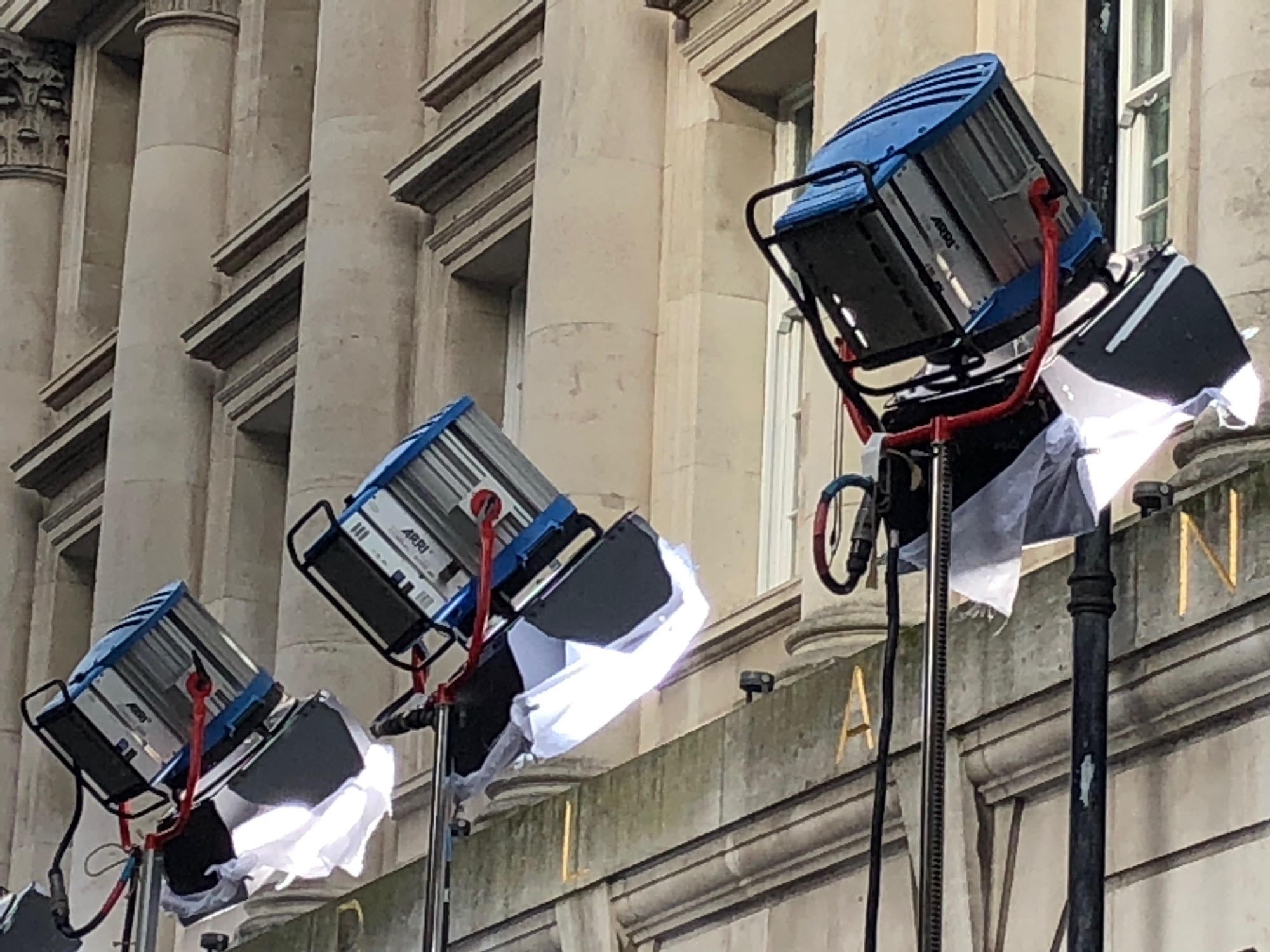 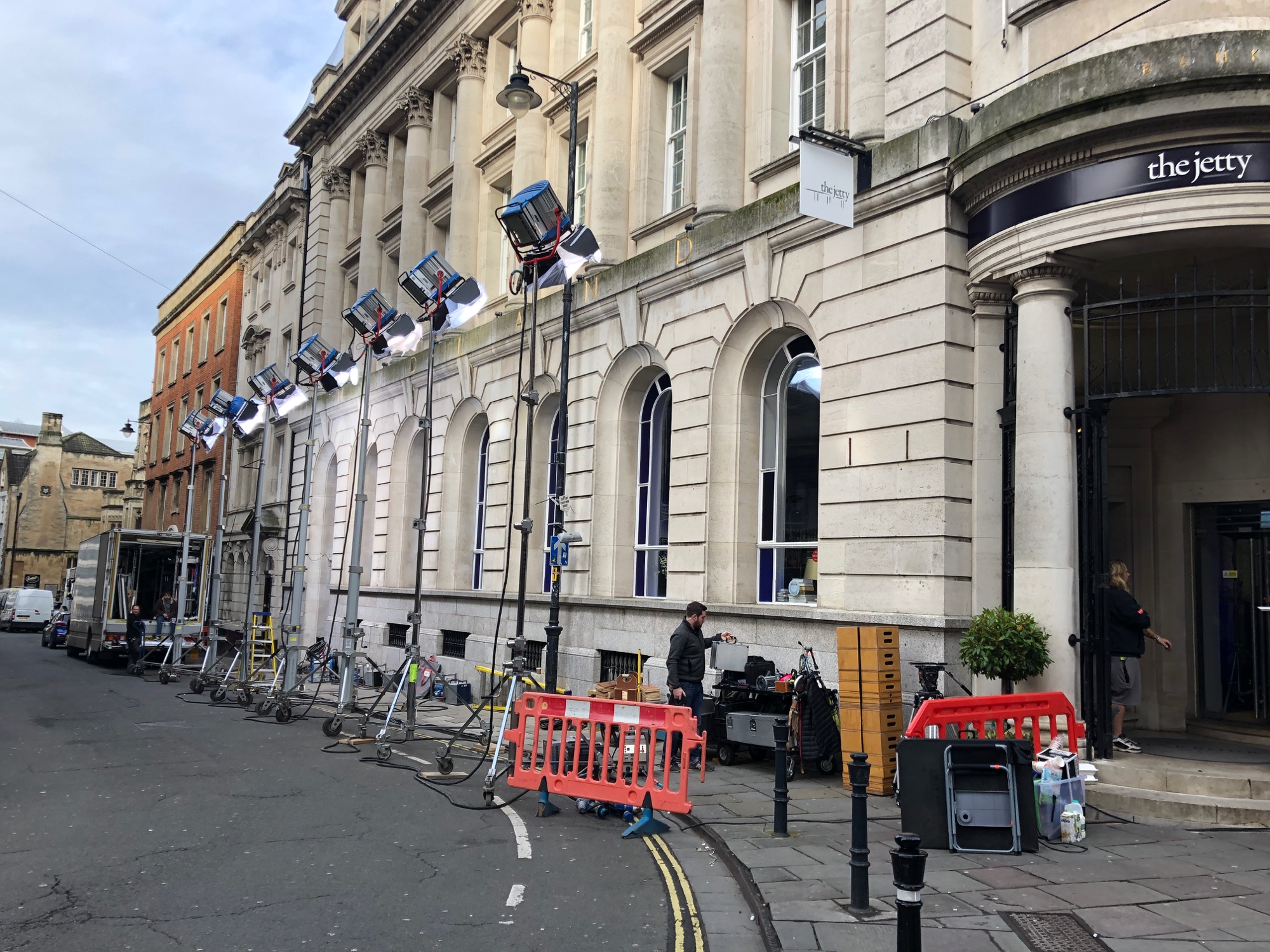 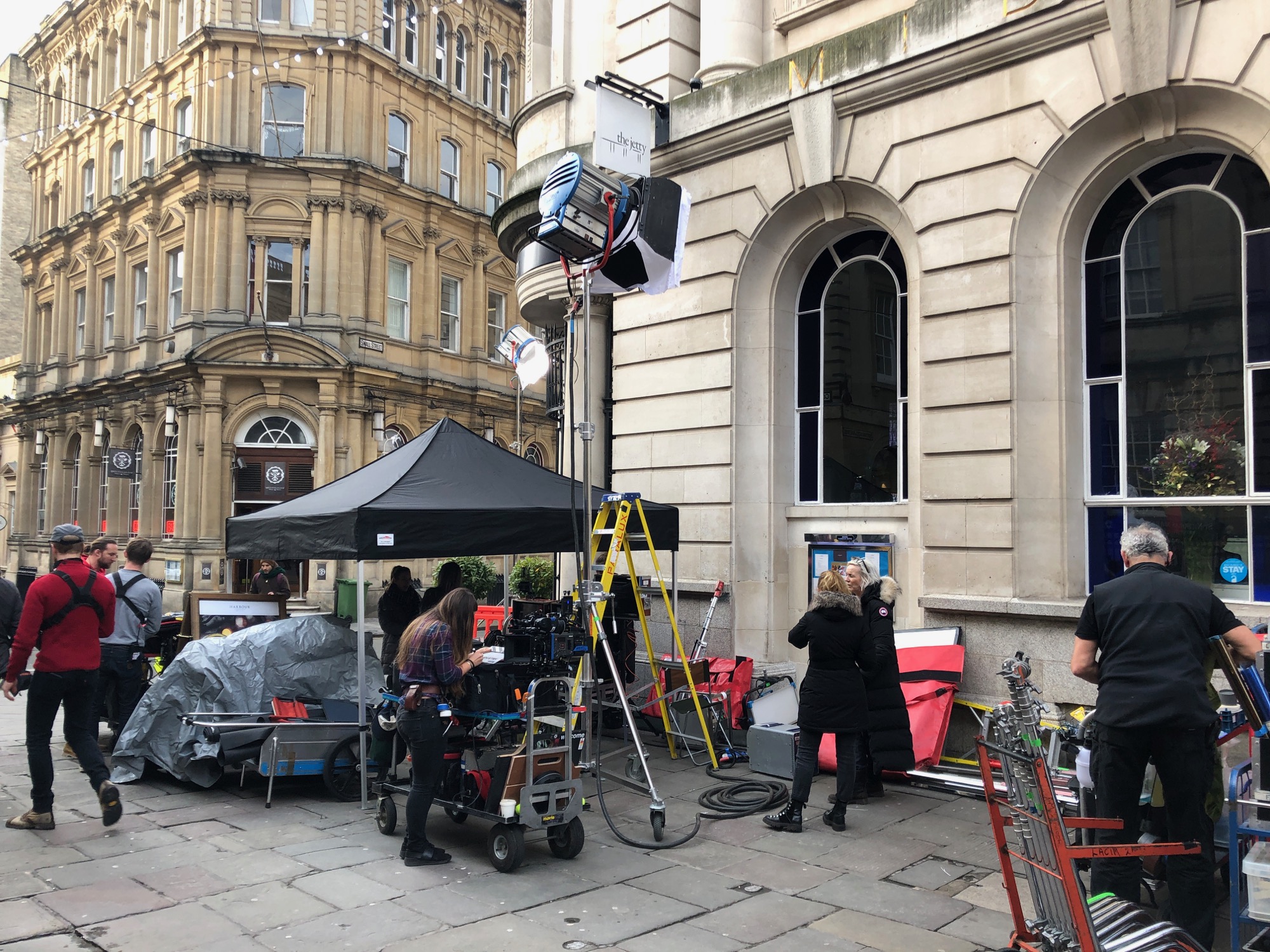