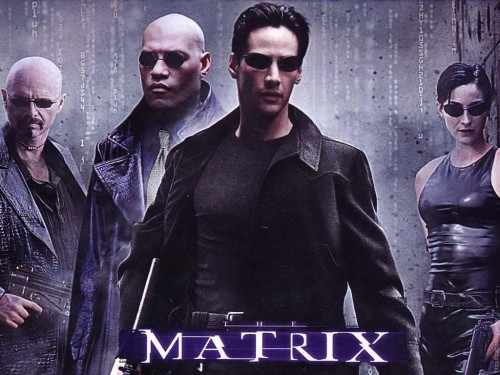 I managed to watch this film, not having read the plot or any spoilers, so when Neo is given the choice between the red and blue pills, it was a real dramatic surprise for me and really threw what I thought the film was about. As a result I enjoyed the film much more than I thought I was going to and really felt that this was a very clever story with some real twists.

I do think it is hard these days to avoid “spoilers” or plot twists. Often the entire story is played out in the trailer or even in the film reviews. I recently and finally managed to watch Prometheus and I worked hard to avoid the trailers, the clips, even conversations on the Twitter. I did manage in the end to avoid most spoliers and really enjoyed that film much more than if I knew how it was going to pan out and end.

Of course the Matrix introduced us to the concept of “bullet time” and it is a pity in some respects that it has become common place so much in other films. It worked in the Matrix because of the way the universe in the film is set up, however I think it is a distraction in the way it is used in many other films.

I really like the Matrix, my biggest disappointment with the film is the sequels

, which are nowhere near as clever as the original.

Get The Matrix at Amazon.