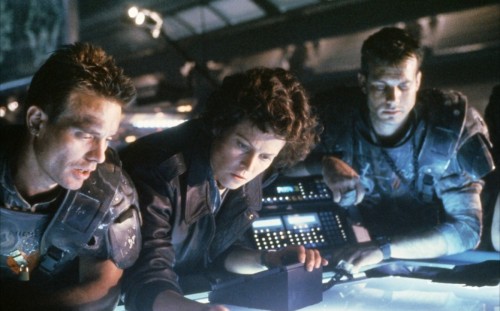 I never did Alien before going to see ALIENS, I think the main reason for that was that a) I don’t like horror films and b) I was too young to get into the cinema when it came out.

As for the next two sequels, well I was very disappointed. I think I would have rather seen a sequel with the Colonial Marines rather than the Alien and Ripley. I have seen Prometheus and I did think that this was a very good film.

The main thrust of ALIENS is that is a action war film, rather than the claustrophobic individual horror that was Alien. The design echoed current military thinking of the time, so was more “realistic” than say Starship Troopers.

Get ALIENS at Amazon.