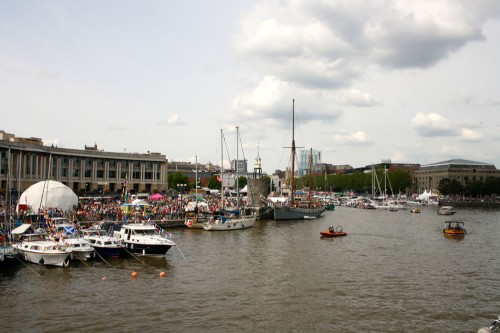 This weekend was the annual Bristol Harbour Festival. This well entrenched event in the calendar was lucky this year as the weather was gorgeous, so as a result huge crowds. You needed to be slightly aware it was happening, as it was a week earlier than usual due to some sporting event happening in London next weekend! 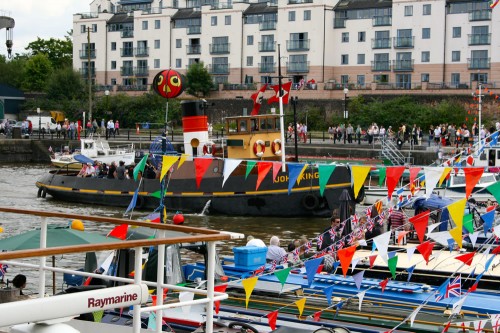 There is lots to see and do, but for me the key thing is just soaking in the atmosphere as lots of Bristolians get together, and just do stuff, watch stuff and enjoy stuff. 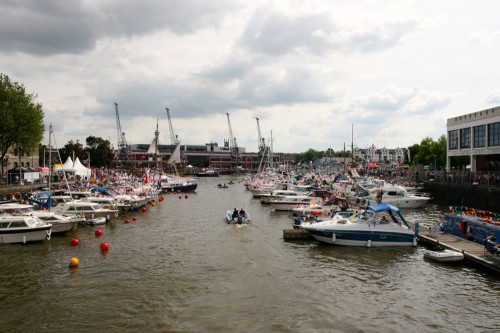 In the water itself there are lots of boats to see and a fair few that you can get on and explore. Moving around the harbour are a fair few boat displays. I was impressed with the stamina of the racing Gigs from the Bristol Gig Club. They raced around the harbour for what seemed like ages and at a fair pace too. 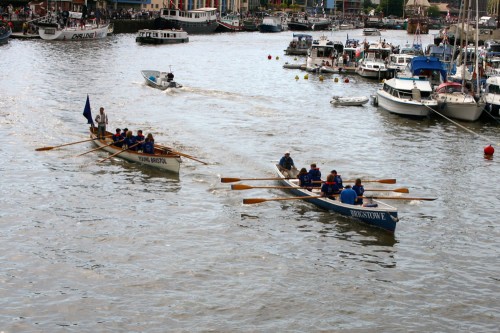 It was nice to see the Matthew “sail” around the harbour too, magnificent little ship she is, still impressed that not only did she sail across the Atlantic (and back) but that the original did too, back then without the knowledge that a) there was an America and b) without knowing that there was technologies such as GPS and helicopter search and rescue! 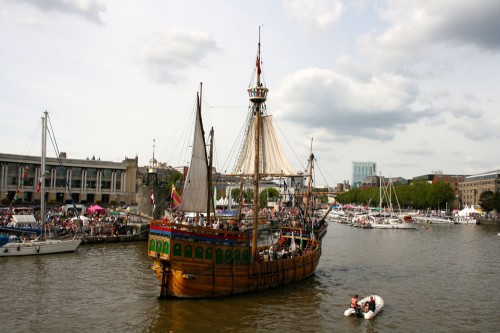 I did quite enjoy looking around HMS Cattistock, a fibreglass minehunter. It was a Health and Safety nightmare in some respects with lots of visitors walking around, lots of low beams (on which to crack your head) and numerous trip hazards. Combine that with narrow steep steps and men with guns and I wonder it wasn’t closed down immediately… 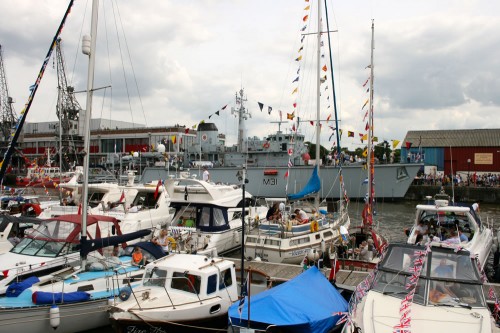 Didn’t get a chance to go on the Harbour Railway, big queue and by the time we got there, they had stopped steaming. However it was nice to see it steam backwards and forwards. 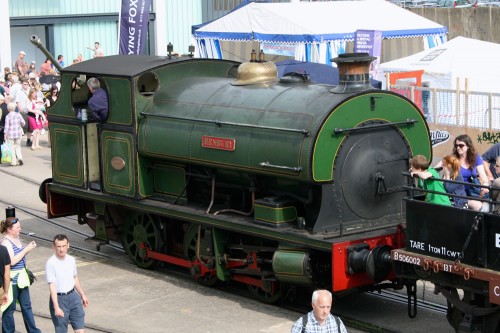 There were a fair few stages to listen to live bands, we listened to a few as we passed them by.

There are lots of stalls, some are selling some rubbish stuff, but there are some real gems in there too. We picked up a few things including some incredible Spitfire Cheese from the Bristol Cheese Co. The food stalls around the ampitheatre were really good, but I do quite like many of the continental traders including a fabulous French dried sausage place.

The one thing that isn’t difficult to find is food to eat. There were lots of stalls selling all manner of hot and cold food. I did like the Volkswagen Camper van selling organic chunky chips. 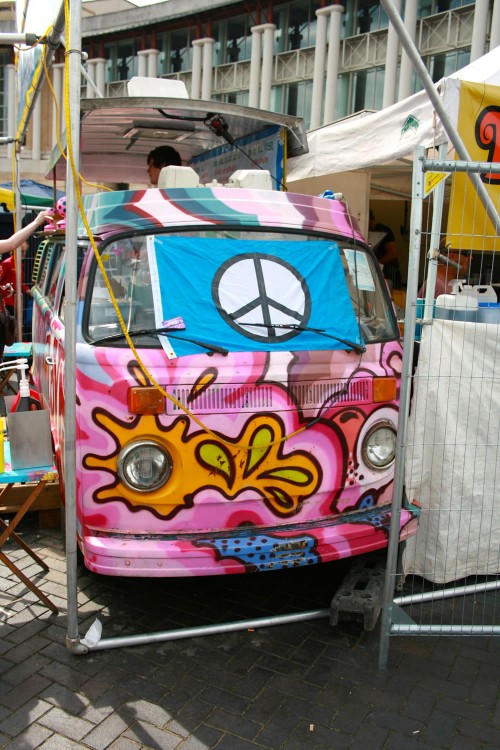 You could get paella cooked in huge pans, as well as all manner of stuff. We did stop for something to eat, but as we wanted to sit down, we went to Brunel’s Buttery. This Bristol institution is a great place to eat when wandering around the harbourside on any day. We were lucky, there was no queue when we arrived and we found some seats. We had our food within a short time, by which time the queue had grown and there were no spare benches. 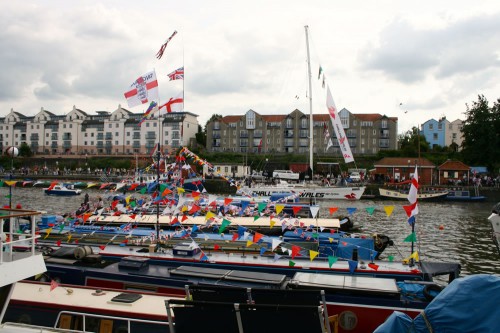 We had a great afternoon at the harbourside and really enjoyed ourselves.