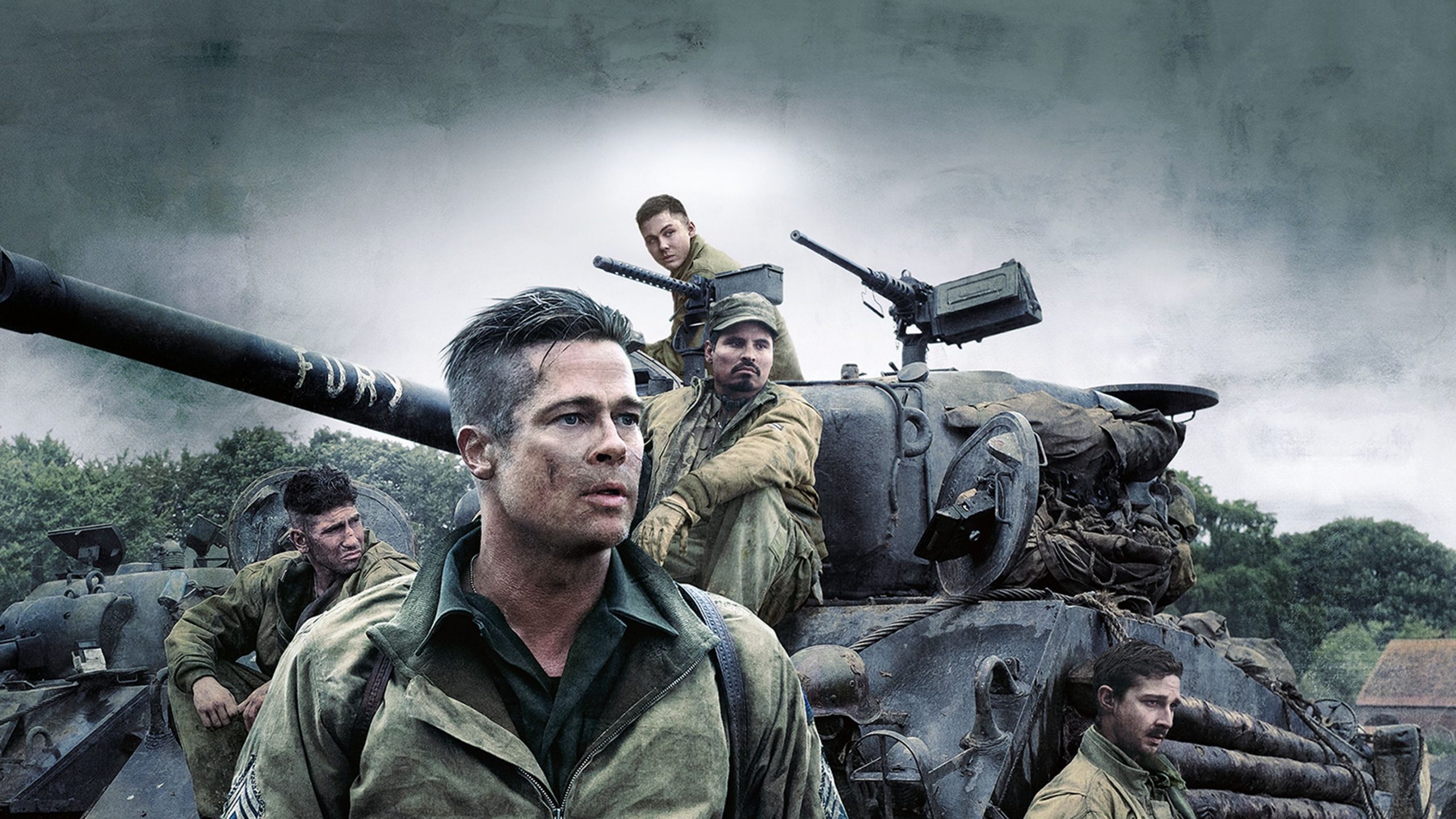 The first twenty minutes or so of Saving Private Ryan is a raw horrific introduction what “modern” warfare is all about. This is no glorified Hollywood war film, this is what, according to many veterans, war is really like. That opening sequence was brutal and extremely shocking. it is shocking as the violence is sudden, brutal and non-discriminating. You get to see not just the immediate impact of war, but also the brutal impact it has on individuals.

Fury, though I don’t think is in the same league as Saving Private Ryan is a brutal film that again demonstrates the horror of war and the horrendous impact that this has on the people who are forced to live through this.

Whereas Saving Private Ryan demonstrates the optimism of the Normandy landings, Fury though takes us to the brutal assault through Germany and you can see that the soldiers just want the war to be over. However the total war policy in 1945 Germany, shows that there was no respite, no way to let down your guard.

Like Saving Private Ryan there is an ensemble cast, these are the crew of the M4 Sherman tank named Fury.

I do think Brad Pitt provides an excellent performance of the grizzled, hardened tank commander. Logan Lerman as private Norman Ellison, a young clerk with no combat experience, reminded me of Jeremy Davies as Technician Fifth Grade Timothy Upham. The newcomer who no one likes and no one trusts.

Much of the battle sequences look unrealistic and fantastical, then you find out later they are based on things that actually happened. Sometimes truth is stranger than fiction.

The brutality of some of the scenes makes Fury a film that can be difficult to watch, but you do care about the characters and that keeps you watching.

Fury wasn’t a film I saw at the cinema, but I think this is a cinematic film and one worth watching. I got it on Blu-Ray in the end.

Get Fury at Amazon.