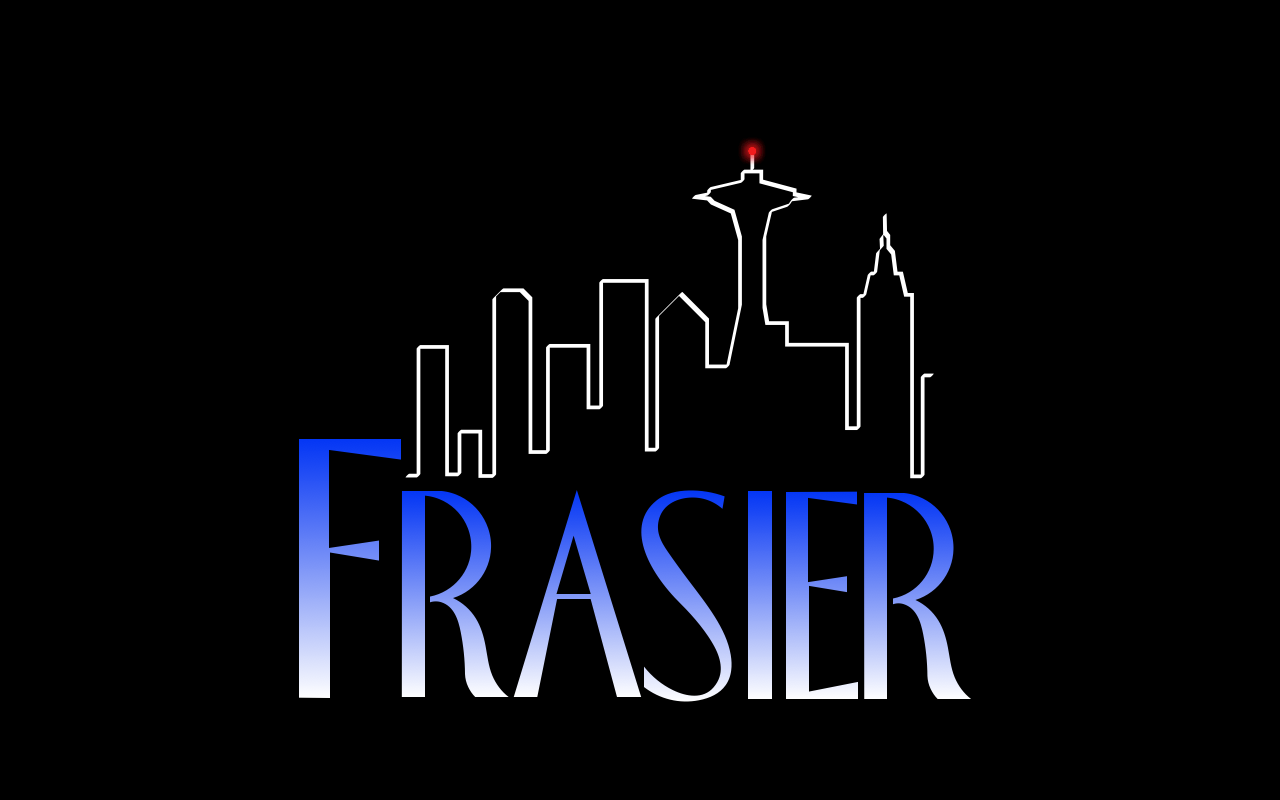 You can think of spin off series which haven’t worked, did we really need Joey after the success of Friends? Is Young Sheldon really as good as The Big Bang Theory?

With Fraiser, they took the weird psychiatrist from Cheers, that Doctor Fraiser Crane, moved him from Boston to Seattle, gave him his own radio show, allowed us to meet his neurotic brother, Niles and then dumped his retired police officer father on him.

Six months ago, I was living in Boston. My wife had left me, which was very painful. Then she came back to me, which was excruciating. On top of that, my practice had grown stagnant, and my social life consisted of hanging around a bar night after night. You see, I was clinging to a life that wasn’t working anymore, and I knew I had to do something, anything. So I ended the marriage once and for all, packed up my things and moved back here to my hometown of Seattle. Go Seahawks.

Could this series be as successful as Cheers? At first it didn’t sound like it would be a success, but the end result, it was a huge success and in the end more successful than Cheers and went on for eleven seasons. I think the reason behind this was because they went with a minor character rather than one of the main characters. I also think the fact they rarely mentioned the bar in Boston and the characters there also helped with allowing this series to grow and mature by itself rather than resting on the laurels of the previous successful show.

This series was a joy to watch, as generally in each episode Fraiser is drawn into a scenario in which he thinks he will come out on top, only for something to go wrong and our hero is left licking his wounds. I really liked the characters of Ros, Niles, Fraiser and his father Martin. I did feel though that the character of Daphne Moon, who was charged with looking after Martin felt a bit false, but I guess they were trying to create a stereotypical British character that wasn’t posh! I did enjoy how Niles attempted to woo Daphne, and his failed attempts, it was almost disappointing when he finally managed to summon the courage to date her and then marry her.

Interestingly there are (quite solid) rumours that there may be a reboot of Fraiser next summer (2020). No longer set in Seattle, as Friaser had moved to Chicago, he may be in a new profession. Will it work, who knows?

Another reason I guess I like this series is that there is a fair amount of time where the action takes place in a coffee shop, this was in a time before coffee shops became the staple of the UK high street.