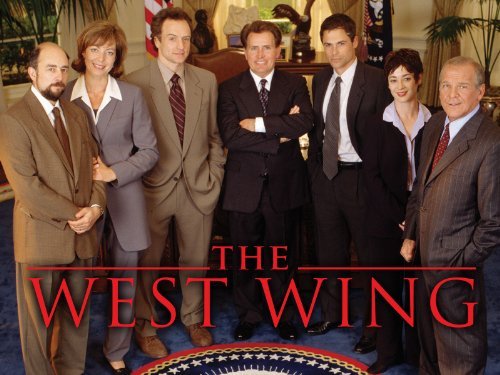 The second in this series is The West Wing.

The West Wing was an American political drama television series created by Aaron Sorkin. It was broadcast in the US from 1999 to 2006. 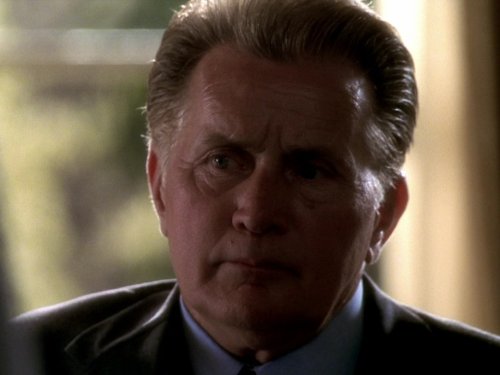 As with many programmes in this calendar, I don’t recall when I started watching The West Wing. So doing a google search I unearthed this article from the Guardian.

Sky One was actually the first UK broadcaster to transmit The West Wing, running the first series back in 2000.

Well, having never had Sky, I know I didn’t watch it then.

Channel 4’s entertainment service E4 then took over in 2001, broadcasting series two-to-five on Tuesdays at 9pm.

This is probably more likely when I started to watch it, however back in 2001, E4 was a pay-TV companion to Channel 4 and I never subscribed to E4. It wasn’t until 2004 that E4 was free. Though reading on in the article I saw this.

On Channel 4, the show has had an even more peripatetic existence. Series one was broadcast on Thursday nights in 2001, with the second run moved to Sundays the following year.

I knew very little about the American political system, processes and how it all worked, so on the surface I wonder why I both enjoyed the series and got into it in the first place. I had really no idea about the American instruments of government and the more I immersed myself into the series, the more interested I got.

The series is set primarily in the West Wing of the White House, where the Oval Office and offices of presidential senior staff are located, during the fictitious Democratic administration of Josiah Bartlet. The stories are about the senior staff, their relationships and their struggles and successes in pushing their political agenda.

One of the things I heard about the original concept was that the series was going to be about the staffers, and that the President would be rarely seen or heard. The series did change this as it progressed through the first season.

One thing that I am currently enjoying is The West Wing Weekly Podcast which reviews all the episodes on a weekly basis.

Though I have listened to fan podcasts of shows, I think what I really enjoyed with The West Wing Weekly was the inside knowledge that Joshua Malina brings to the recording. He has worked with Aaron Sorkin the write behind the West Wing for many years including the stage version of A Few Good Men and the film, The American President. He also joined the cast of The West Wing in 2002. The format of the show is based on the concept of having watched the episode in question, you listen to the podcast as Josh and Hrishikesh discuss the plot, the character development, the filming. They also bring in guests, so for example, in the third episode they bought in a guest, Dulé Hill, who played Presidential Aide, Charlie Young.

I did understand at the time, that the real White House was probably nothing like the series, in the same way that the House of Cards was nothing like Parliament. Today I am not so sure…

Get the complete series of The West Wing on DVD.

Get The West Wing on Amazon Video.

Get the complete series of The West Wing on iTunes.