“When it came to surveillance, the KGB had nothing on my mother.”

As I go through the series I like for this calendar, I am starting to see a thread for nostalgia, so maybe no surprise that the series I am focusing on today is The Wonder Years.

Launched just over thirty years ago, back in 1988, The Wonder Years went on to become one of the most cherished, acclaimed and influential comedy dramas of all time. I loved the trials tribulations of the growing up in the 1960s and early 1970s, in an America that was troubled by the Vietnam War and Nixon, as well as the Cold War. It was also about the wonderment of the future when the space race was in full force. I most certainly did not grow up in the USA in the 1960s, so there isn’t that frame of reference, but the stories I could certainly relate to from when I was growing up. 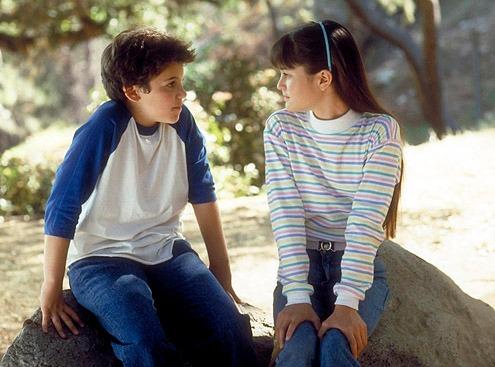 There was also something about the structure, a grown up narrator remembering his childhood. You never see the narrator, but he was the bookends of each episode. This format has been copied many times since, notably on the recent The Big Bang Theory spin-off, Sheldon.

I think I must have watched The Wonder Years when it was broadcast live on Channel 4, and it’s not a series I had subsequently purchased on VHS (or DVD) nor have I streamed it either.

I find it somewhat amusing that I am being nostalgic about a series which was all about nostalgia.

Get The Wonder Years on DVD.