And so, it begins… 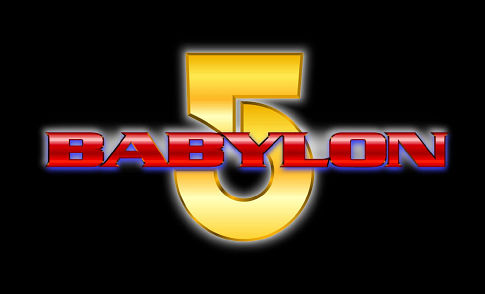 This year on a similar theme I will be posting a televisual advent calendar of twenty four TV series. It is in no particular order and I make no apologies for the TV series that I am blogging about. These TV series have either made me think, I have enjoyed or have had some impact on me.

These are scripted TV series, some are drama, some are comedy, some are both. I found it really hard to narrow this down to just 24.

Some of these I have watched live on TV, some I recorded on VHS, some I watched from catchup services, others through things like Netflix and Amazon Prime. Some I have watched more than once.

So what is the first show in my Televisual Advent Calendar? Well it’s Babylon 5.

There are a fair few SF series in my Televisual Advent Calendar and it would be difficult to name my overall favourite, but I think Babylon 5 would be very near to, or even at the top of any such list.

As a child I didn’t watch a huge amount of science fiction, and I certainly wouldn’t have classed myself (nor would others) as a fan of science fiction television or even films. Yes I did queue up to see rather first Star Wars film in 1977, we queued around the block to see the film at the cinema in Cambridge, but I didn’t go and see The Empire Strikes Back at the cinema. I remember enjoying Doctor Who and Blakes’ Seven, but other shows I remember watching, but not necessarily been anymore excited or enthralled with than with other shows, such as police or drama series.

I remember watching the first episodes of Star Trek The Next Generation at university, well I say remember, they were shown late in the Junior Common Room and I think I might have drunk a little too much.

As I got older, I started to watch a little more science fiction television, I did start to watch Star Trek The Next Generation, so was a little more prepared for Babylon 5 when it started.

As with many TV shows in the 1990s the only real option was to watch them as they were broadcast. I don’t recall when I started watching it. The show premiered in the United States on January 26, 1994, but was shown weekly without a break on Channel 4 in the UK. One aspect of this was that the last few episodes were shown in the UK before they were broadcast in the US.

Unlike many TV series, Babylon 5 was all about the “arc”, this wasn’t a series of individual discrete episodes, no there was a story in this series that was going to cover all five seasons. Each individual episode had a story, but either it contributed to the arc, or it contained other story elements which added to the series arc.

Since Babylon 5 was broadcasts story arcs have become the norm in serial television, sometimes to the point that only the arc is part of each episode and discrete episodes are either rare or non-existent.

I was impressed with the special effects, the series was one of the first to use CGI extensively for ship battles, as a result there were more of these kinds of shots in the series and more complex battles than we had seen in series such as Star Trek. Most episodes of Star Trek used stationary models for starships, they eventually went down the CGI route, probably heavily influenced by the effects seen on Babylon 5. I think what I really enjoyed about Babylon 5 though, was less the effects, was more the politics behind the story arc, this was where the real drama was.

The ongoing political and military conflict between Earth, the Minbari, the Centauri and the Narn created engaging and interesting stories. Throw in the mysterious Vorlons and Shadows only added to the arc and stories.

Overall I really enjoyed watching Babylon 5 and have re-watched it on DVD since.

Get Babylon 5 on DVD.

Get Babylon 5 on Amazon Video.

Get Babylon 5 on iTunes.