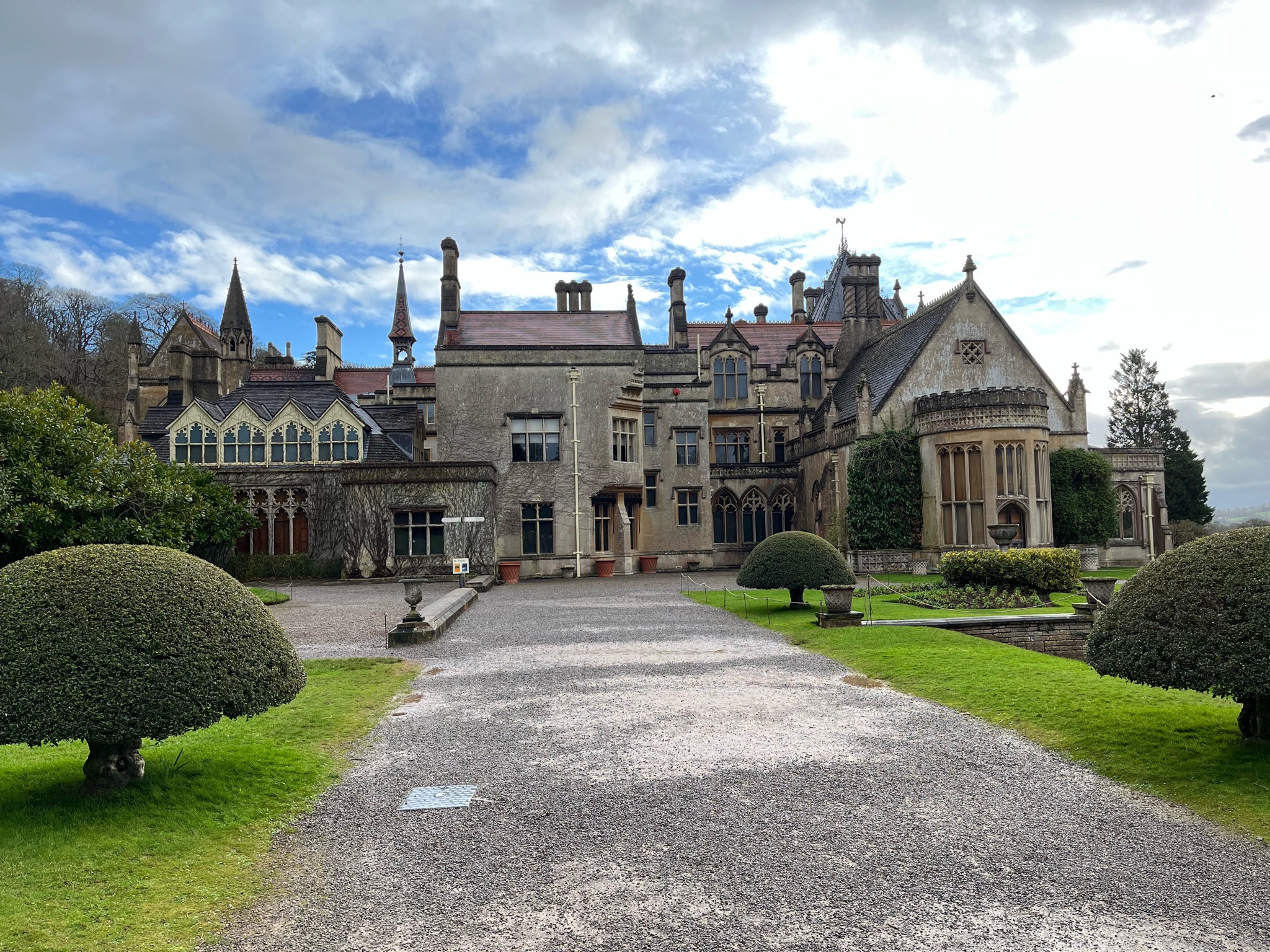 For Christmas I got a National Trust membership. It’s being a few years since I was last a member, but now looking forward to visiting new places and going back to places we have been to before.

Back in 2016 I did start to keep a note of how much we saved with the membership, but looking back over the blog, I never kept up to date with that, but with this membership I am intending to blog about the visits we do this year and the savings we made.

Following our visit to Knightshayes Court last week, this time we visited Tyntesfield. We have been there before a few times, but this was our first return visit for a fair few years.

Obviously we will need to visit some more places to make the membership cost effective and increase that cumulative saving.

Tyntesfield is a Gothic Revival mansion located in Wraxall, North Somerset, England. It was built in the late 19th century for the Gibbs family, who were wealthy merchants and industrialists. The mansion is set in extensive grounds and gardens, and features a range of architectural styles, including Gothic Revival, Jacobean, and Victorian. It is a Grade II* listed building, which means it is of “exceptional interest” and “more than special interest.” The National Trust, a UK conservation charity, now owns and operates Tyntesfield, which is open to the public. Visitors can explore the mansion, gardens, and grounds, and learn about the history of the Gibbs family and the property. Tyntesfield is a popular tourist destination, and is known for its stunning architecture and rich history.

Having parked in the car park, got a parking ticket (free for National Trust members) we walked through the National Trust entrance and headed to the house though the grounds. It had been raining as we drove to Tyntesfield, but had stopped by the time we arrived. There are some nice gardens and walks at Tyntesfield, but we decided that we would have a look around the house. 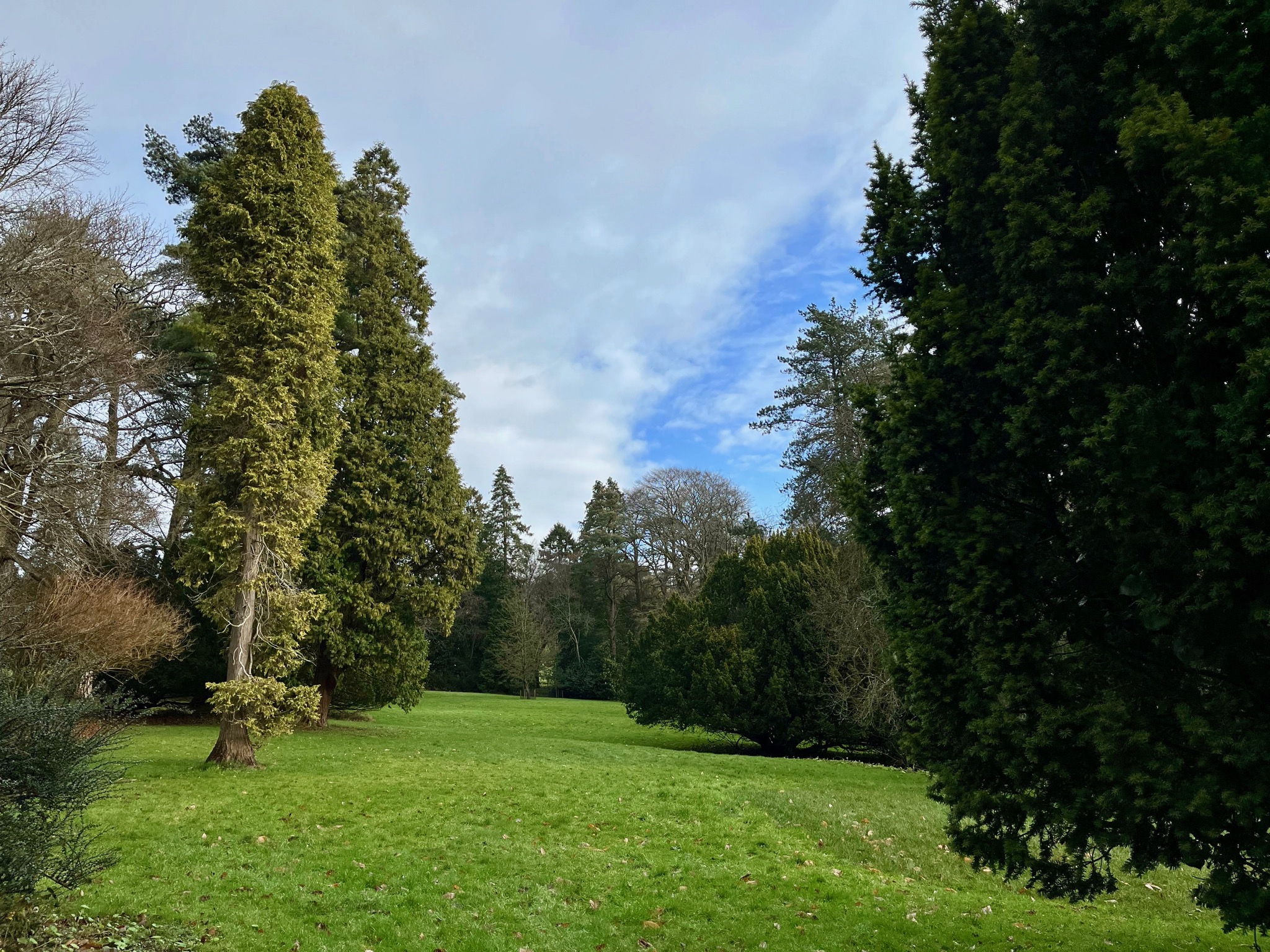 You descend up and down some paths before coming to the path to the house. It’s quite an impressive view of the house. Though this is not the front of the house or the main entrance. 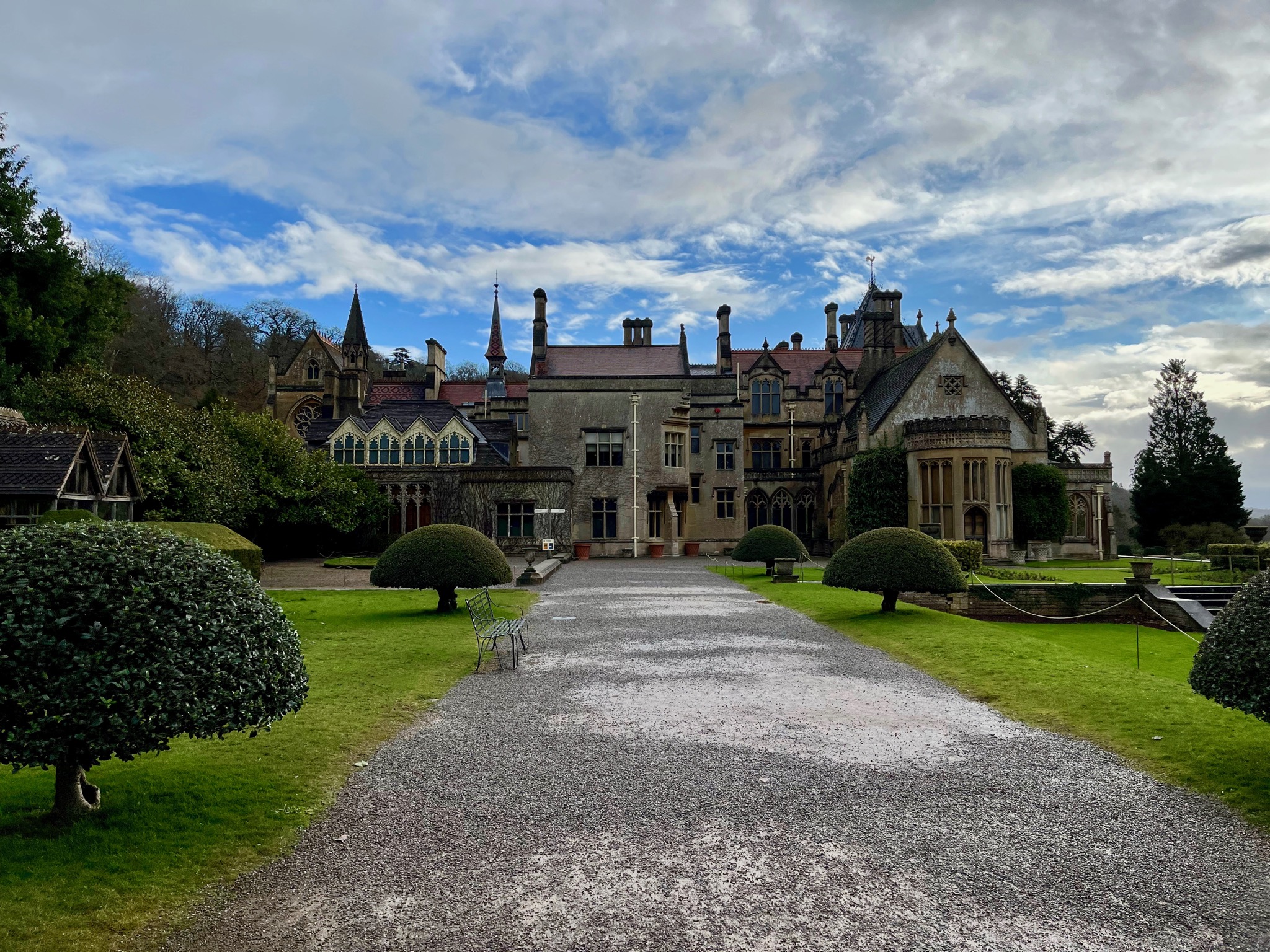 The entrance to the house is on the other side. So you are sent through and pass some of the outbuildings. 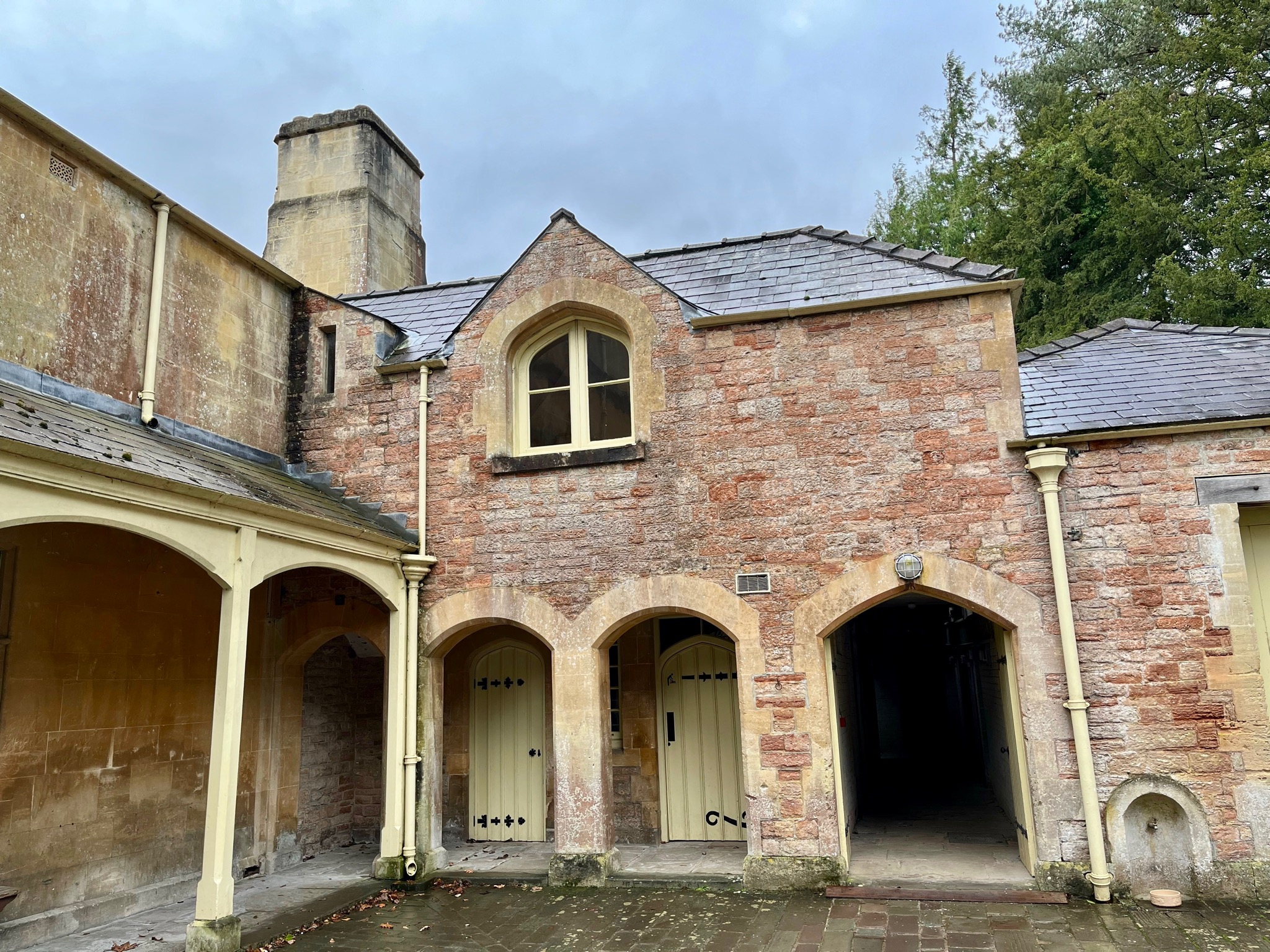 And the rear of the chapel. 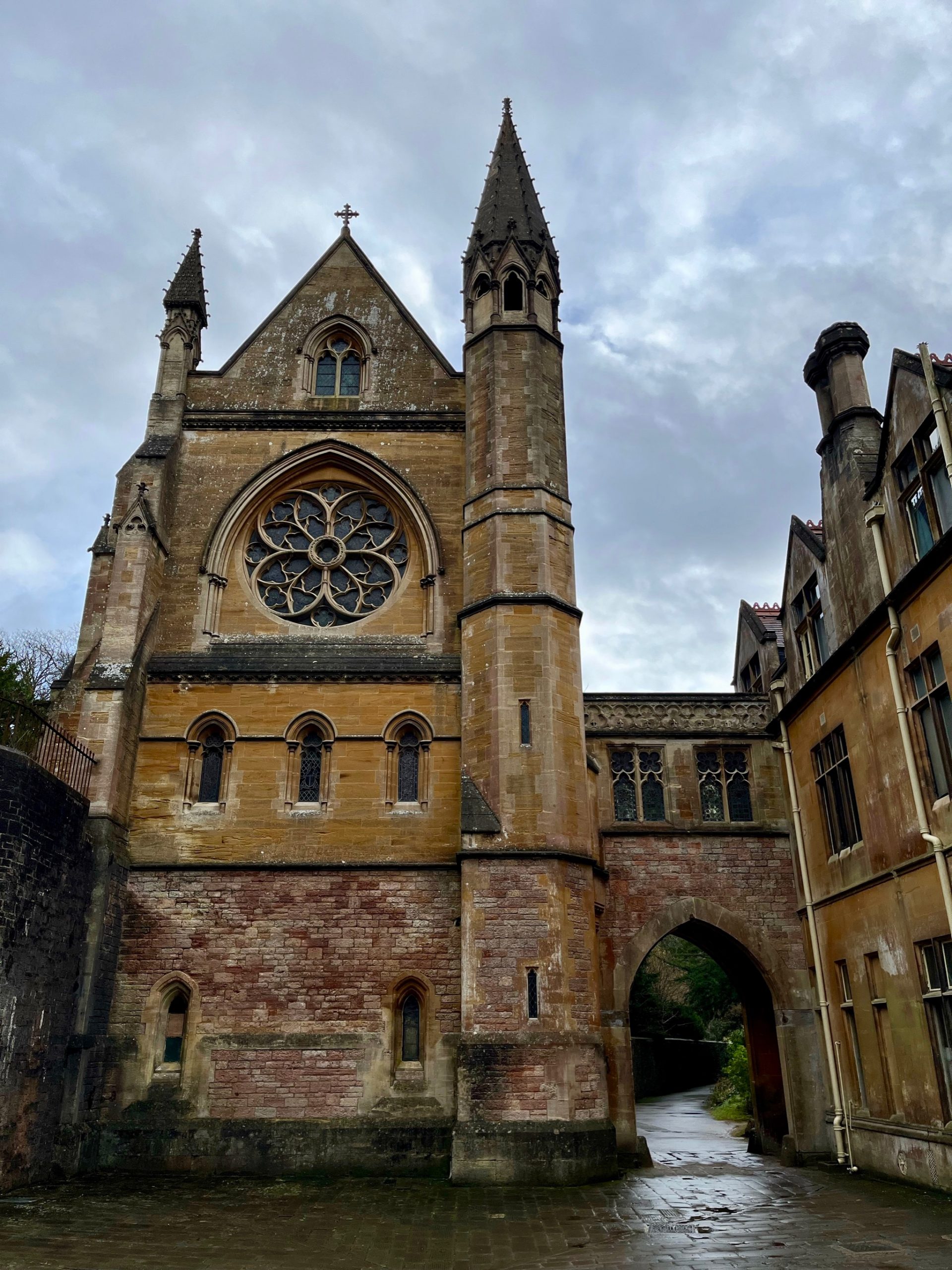 Passing through the archway and turning right, you find the front of this huge impressive house. 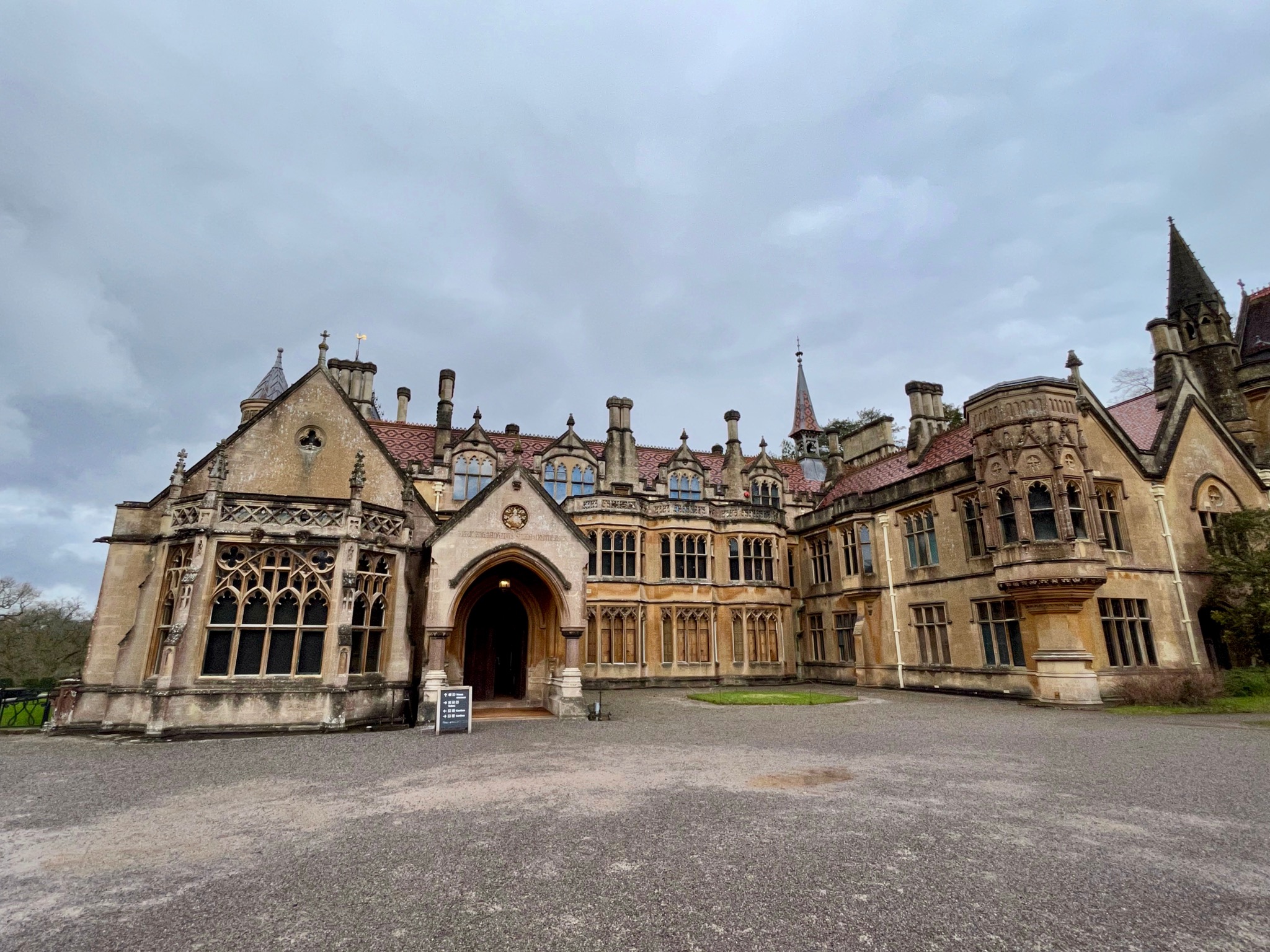 You certainly start to see the different styles and how the house was added to over the years. 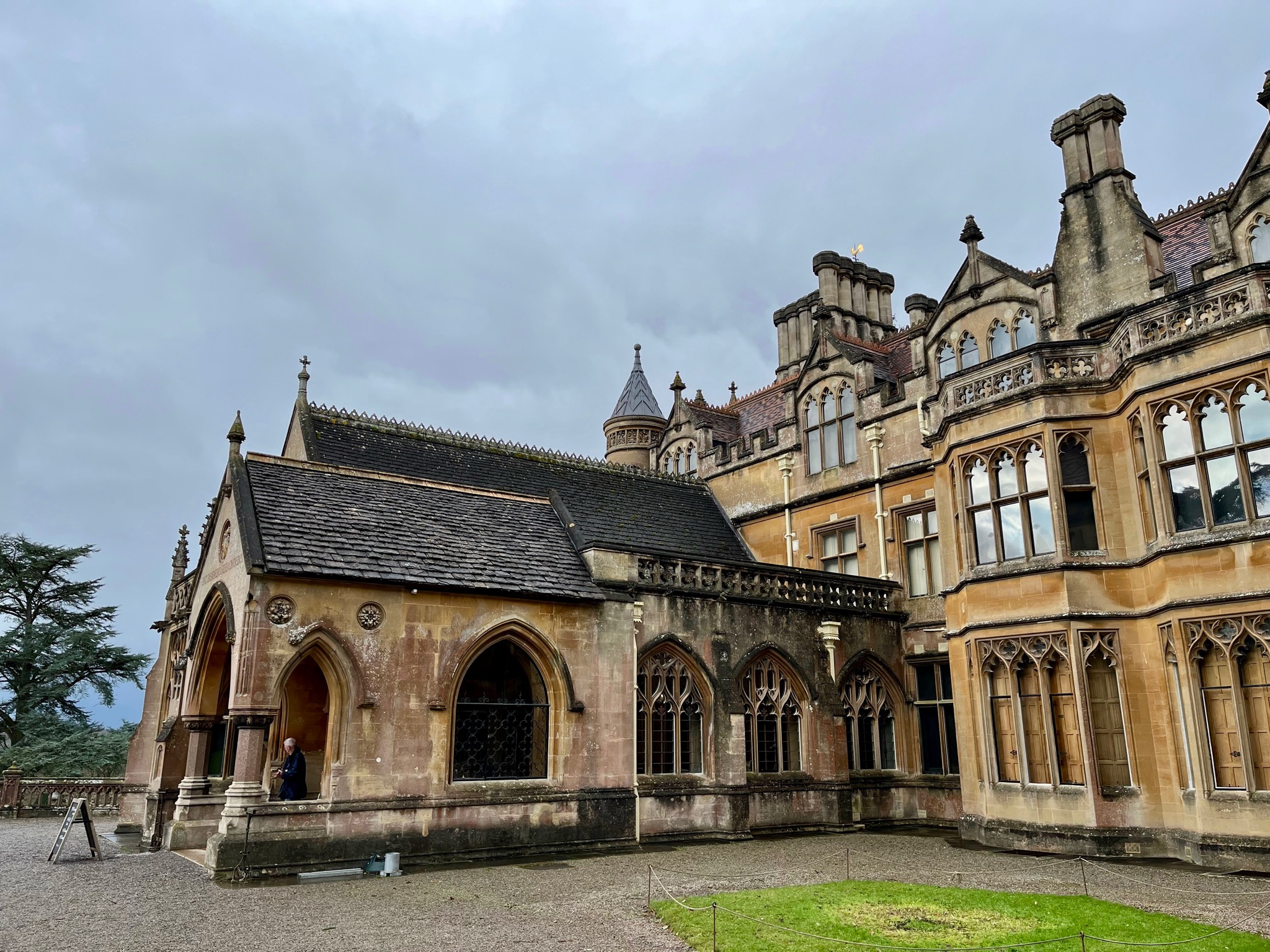 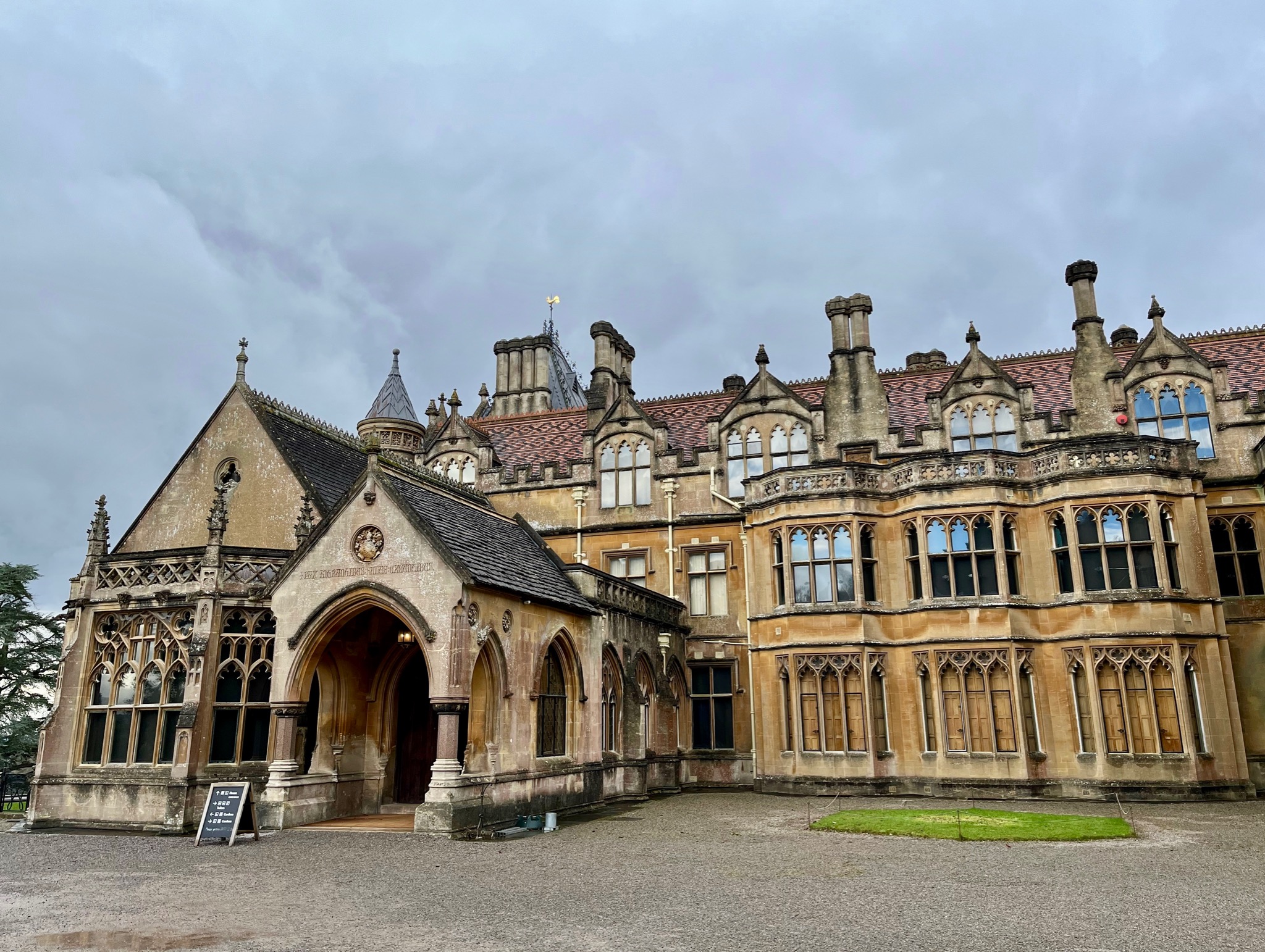 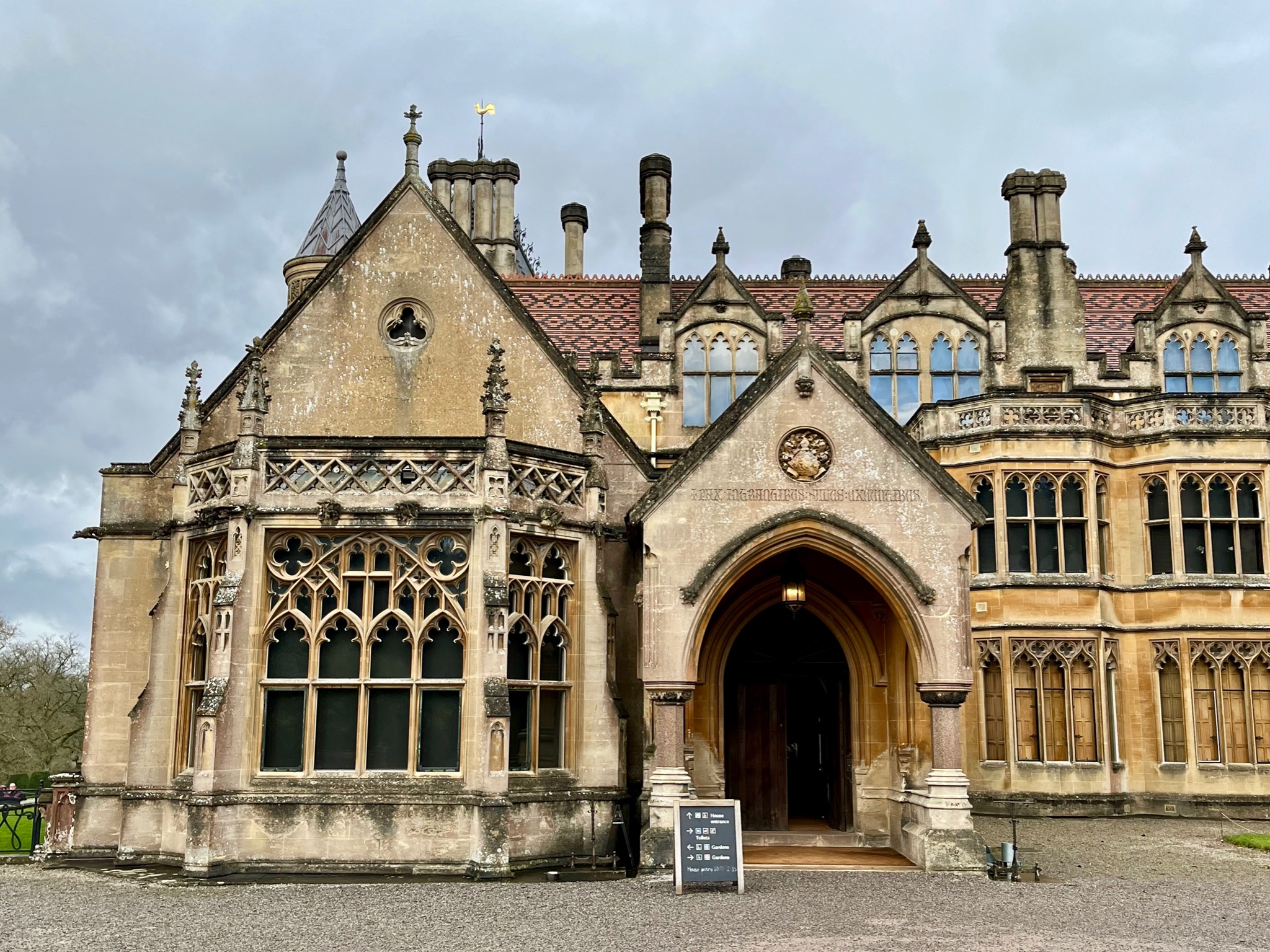 We were given a warm welcome, and we made our way into the hallway. 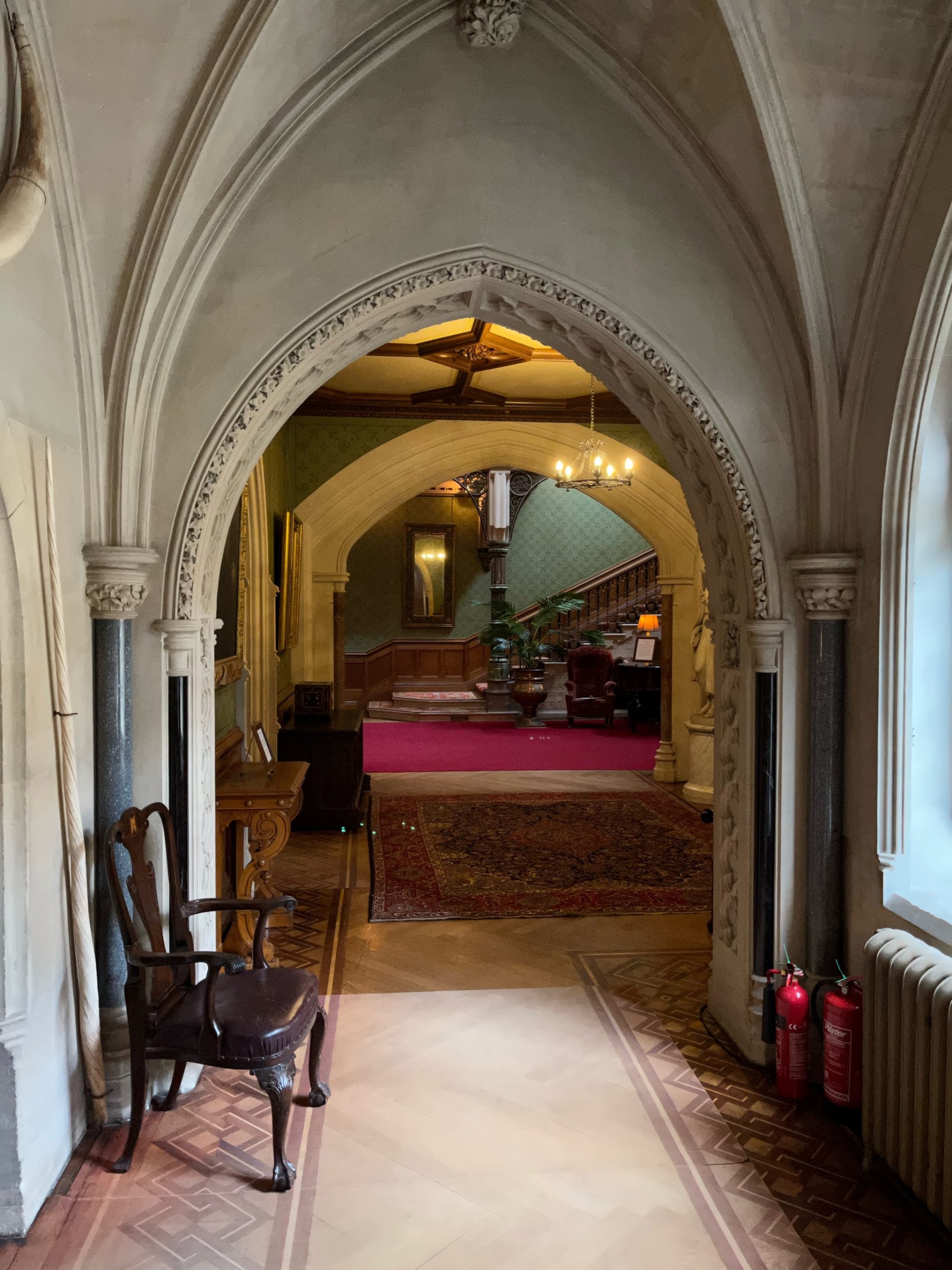 The first room we saw was the library, which was dark, rather dark, so much so even my iPhone (which has quite good low light capabilities) struggled to get a good photo. 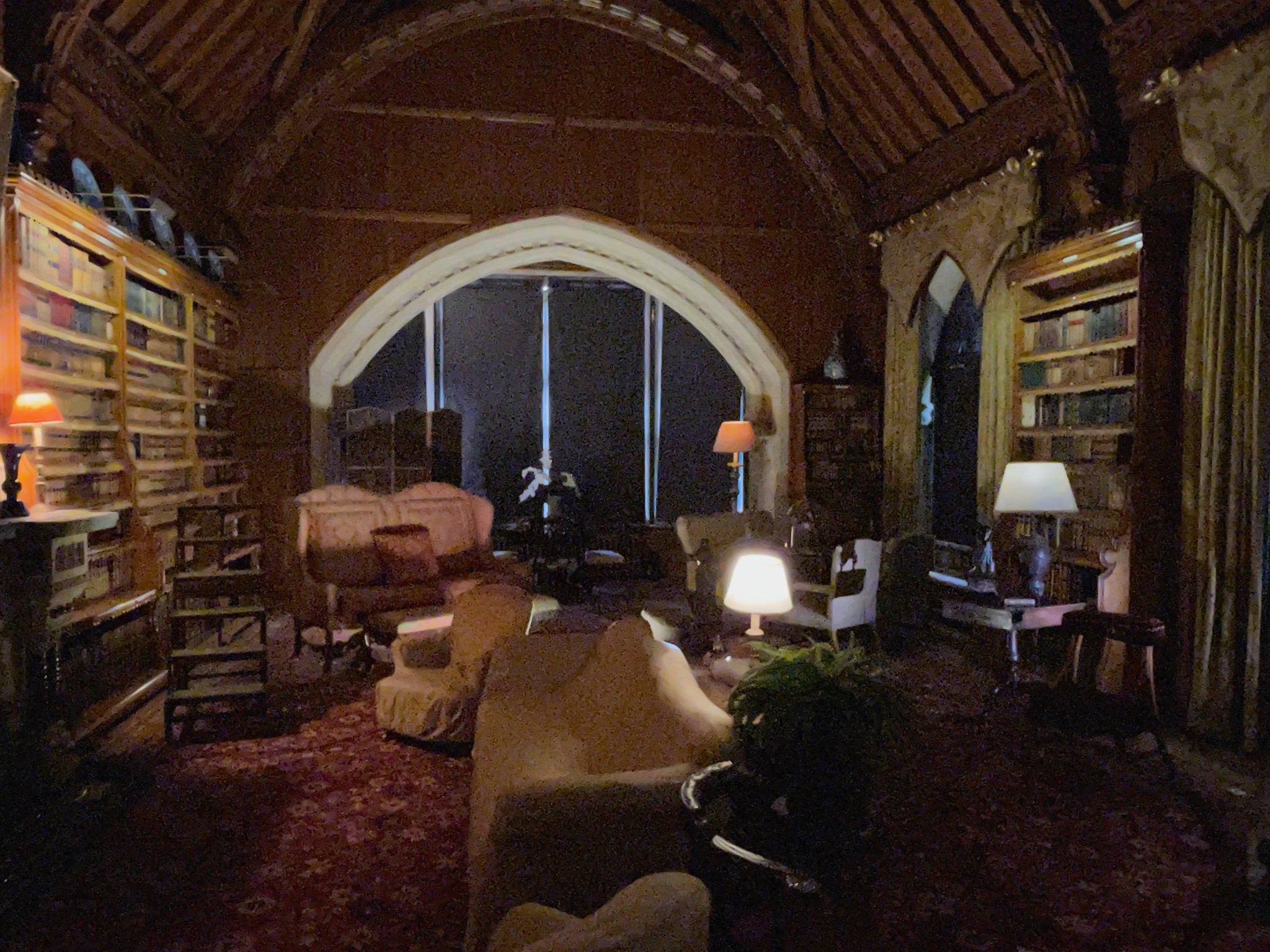 This was a huge room and I liked the vaulted ceiling. I took another photograph of the library which came out better. 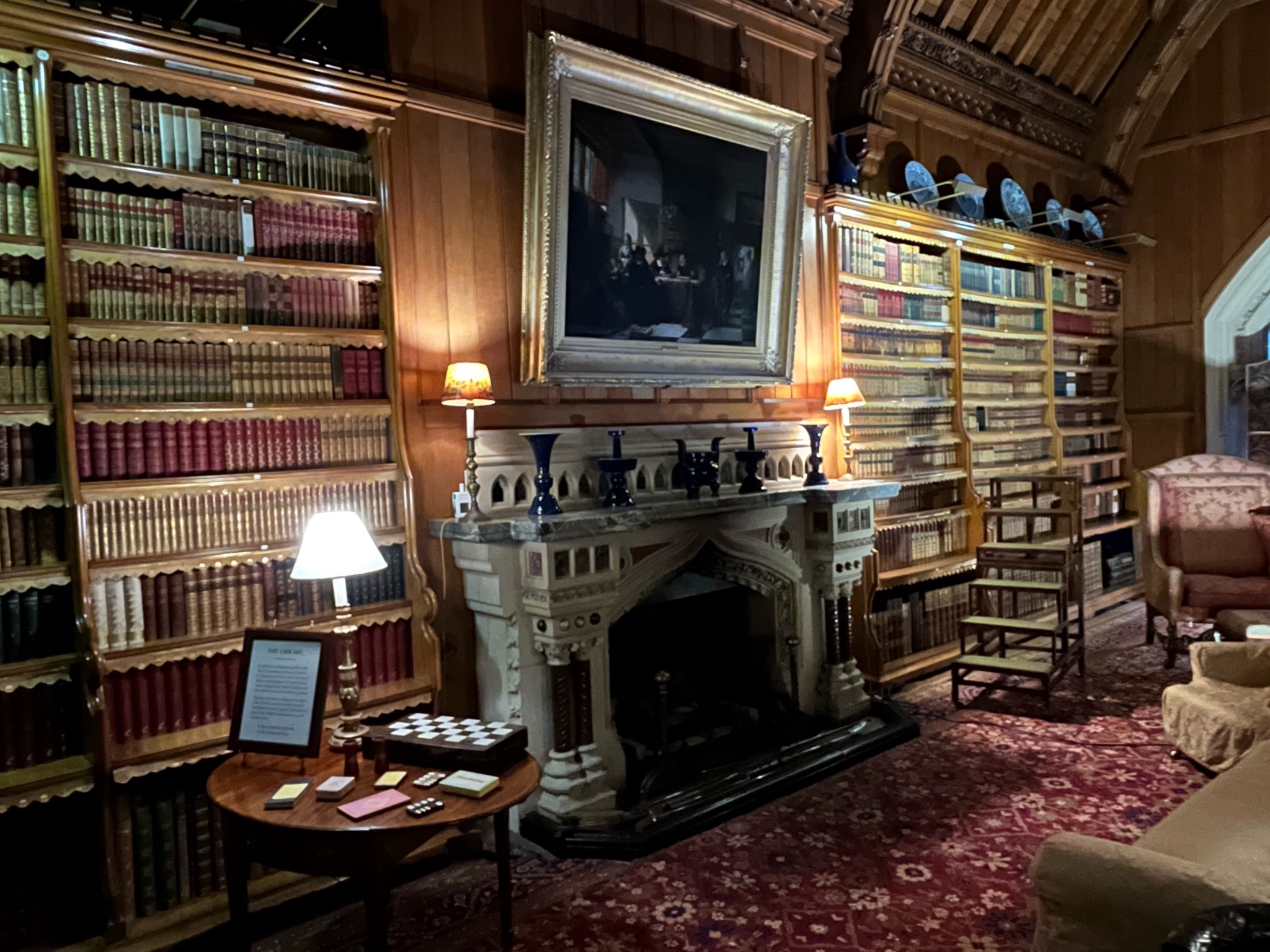 The light levels were low, as they curtains and shutters were drawn. The sunlight would damage the book collection and the other objects in the room.

The next room I took a photograph of, was Mr Gibbs’ room, his private study. 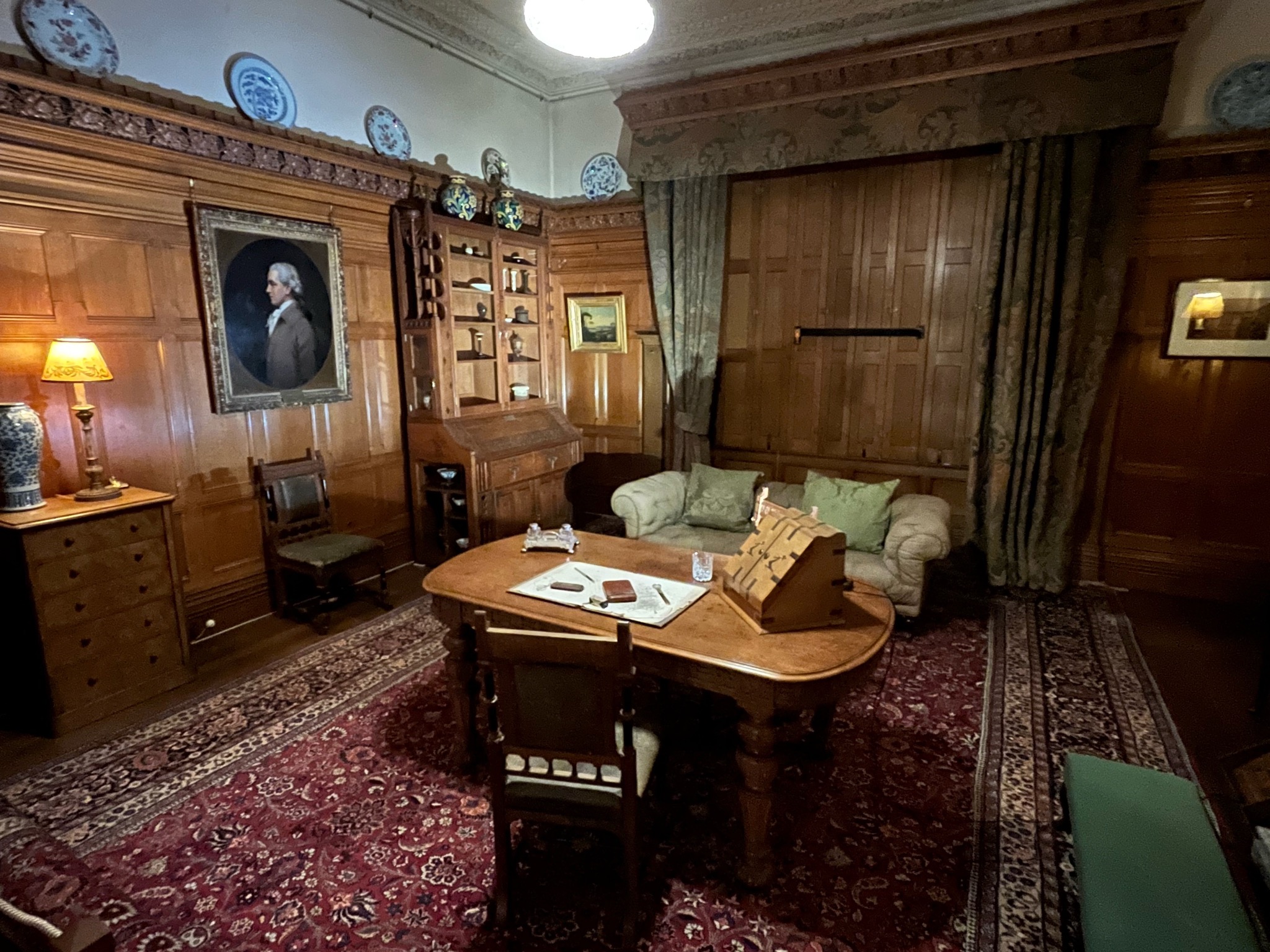 Certainly a nice study. Most of the rooms were dark, as the shutters were shut. I suspect this was quite a light and airy house when all the shutters were open. They are kept shut, to protect the interiors and objects.

The dining room was massive and had three huge bays. 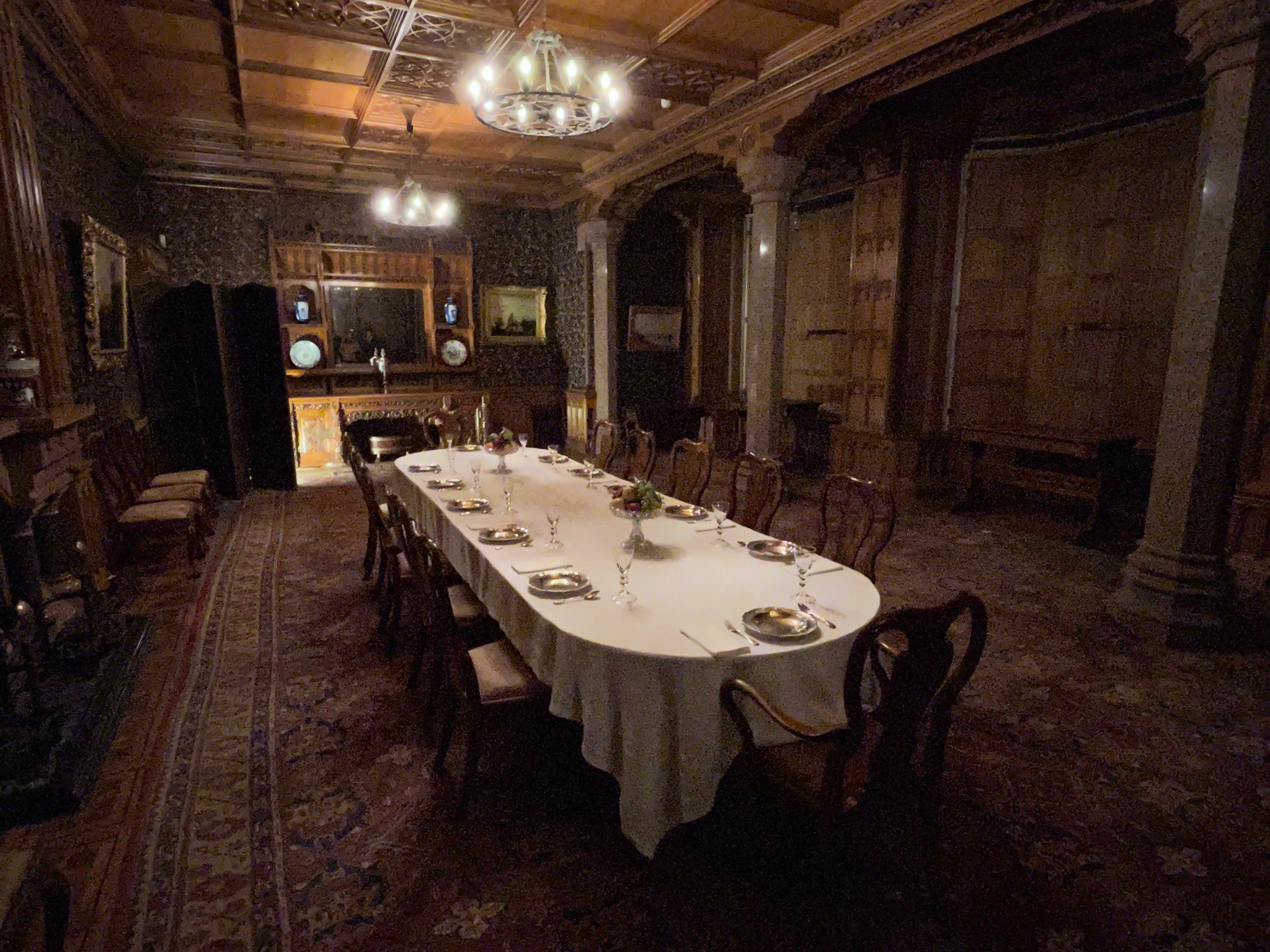 This would be a lovely room for a family Christmas dinner. 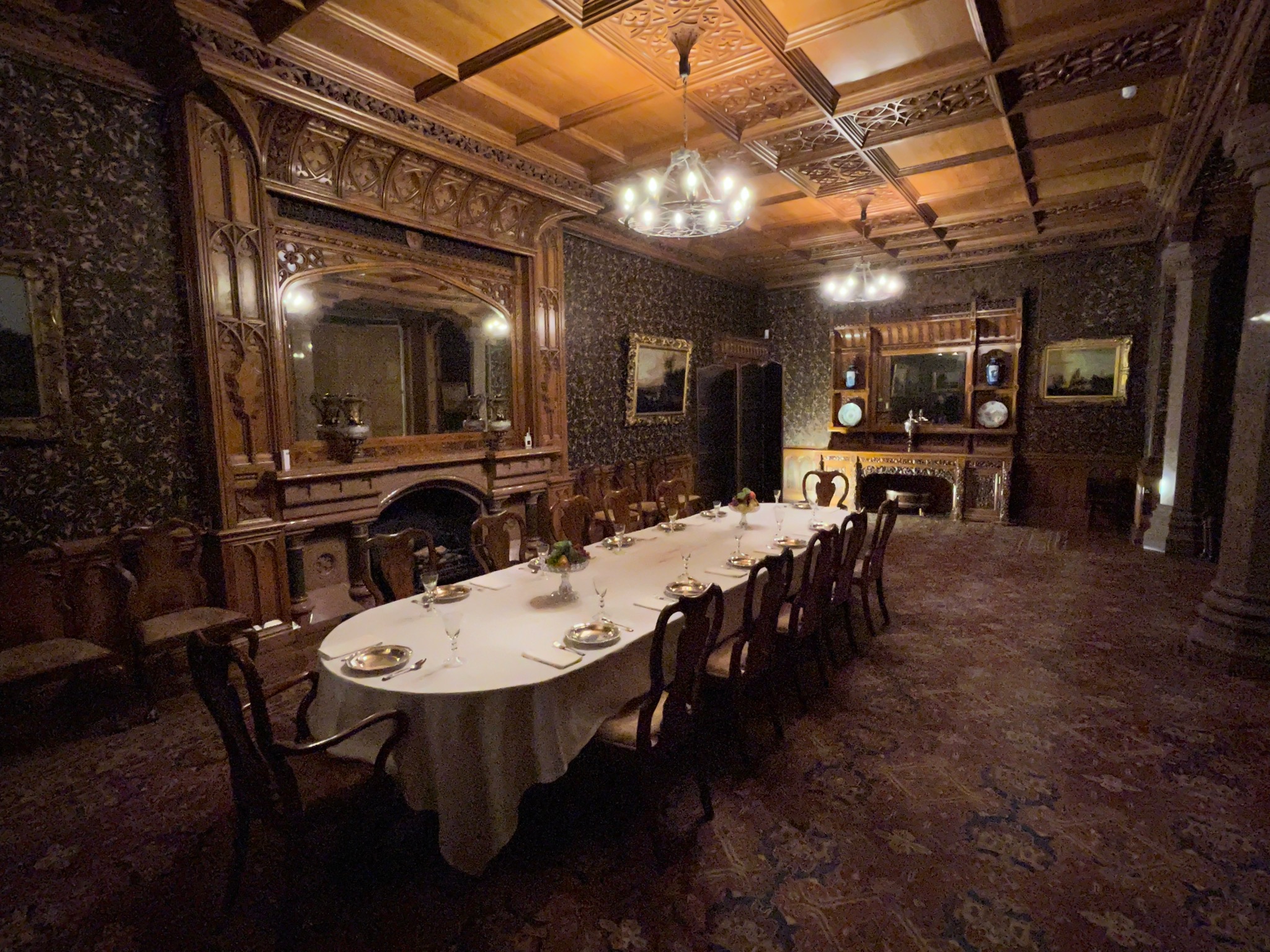 I like impressive staircases and Tyntesfield did not disappoint. 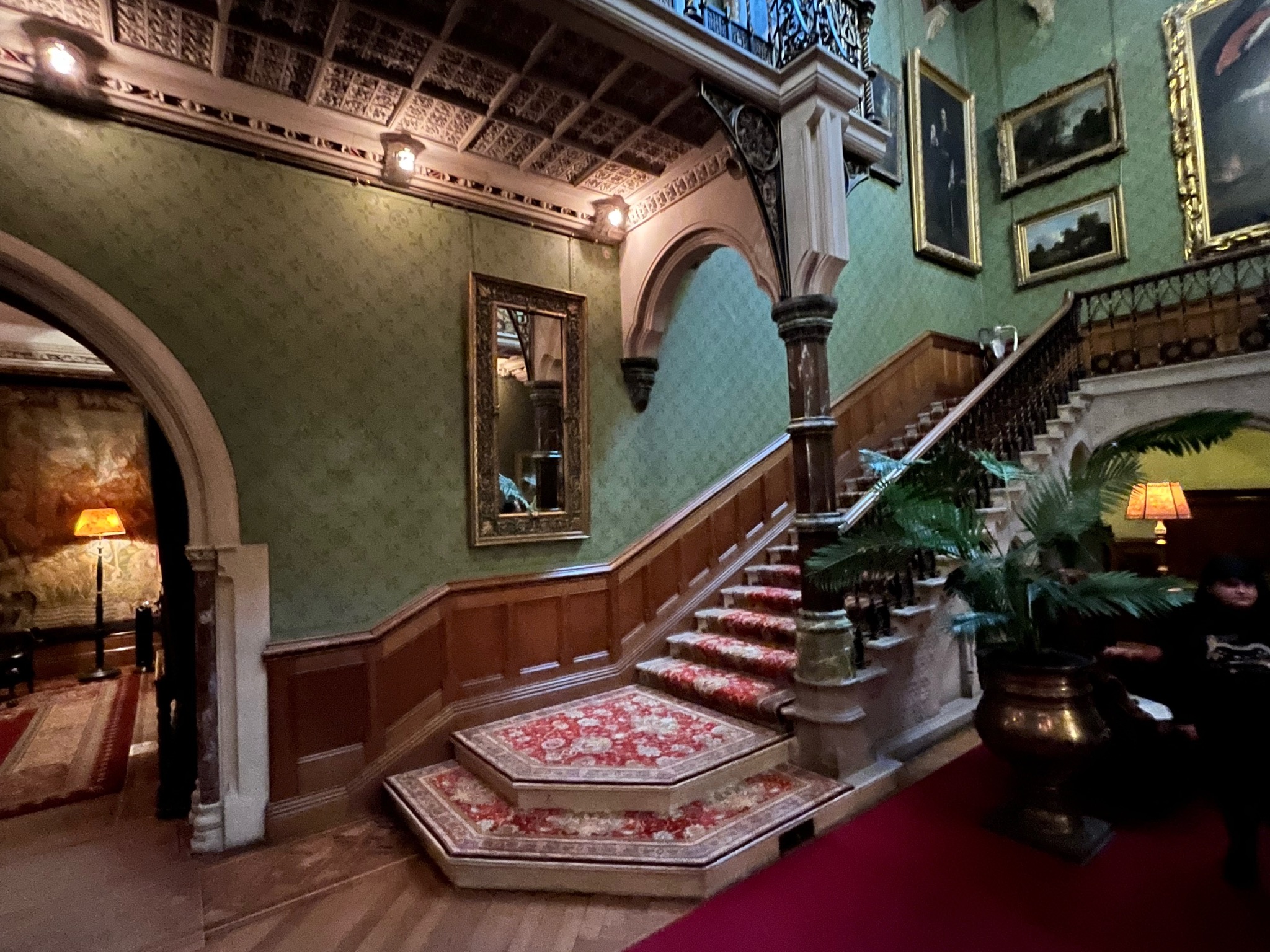 There was another fantastic ceiling. 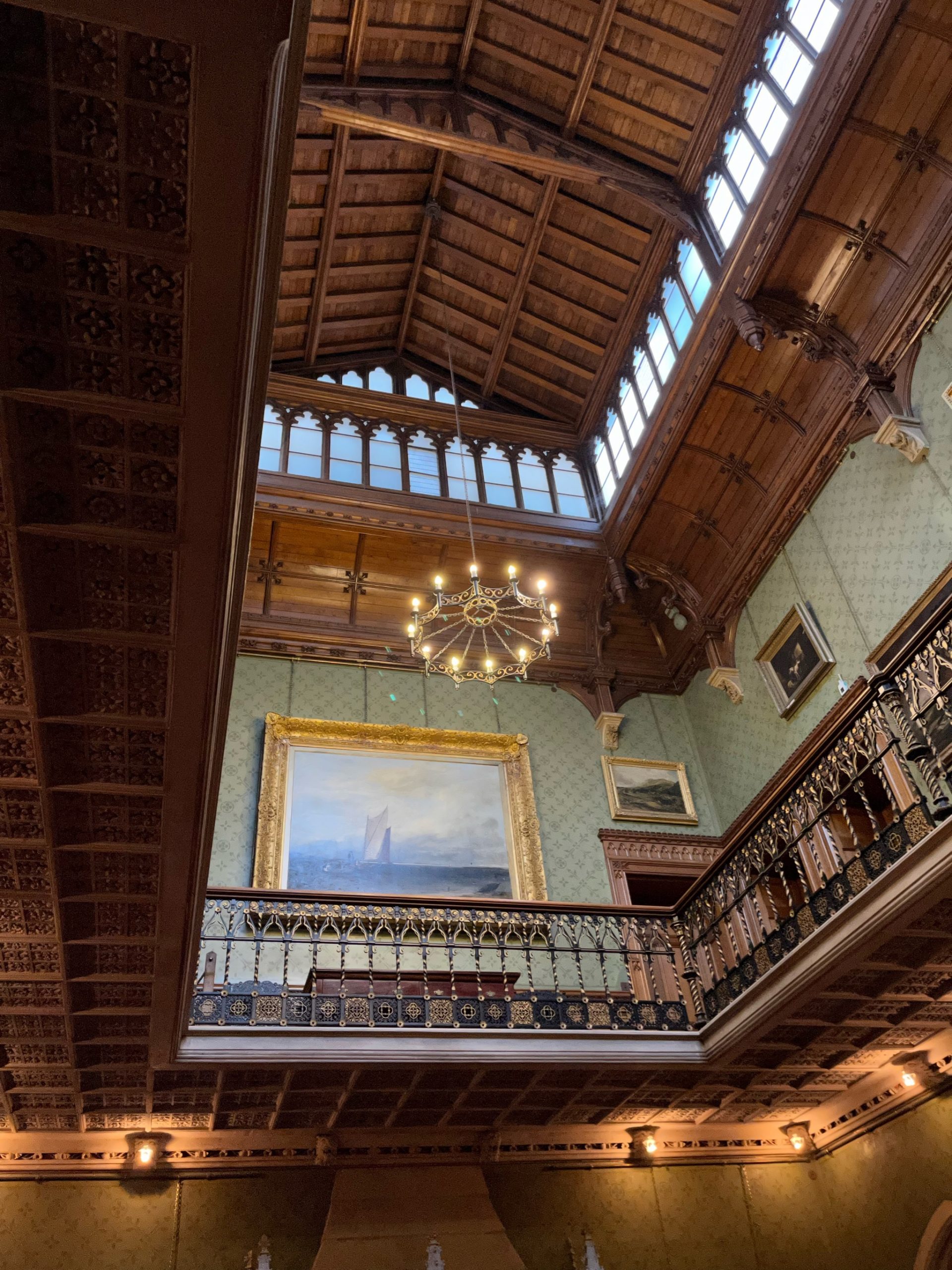 Great ceiling and a huge fireplace to keep it warm. 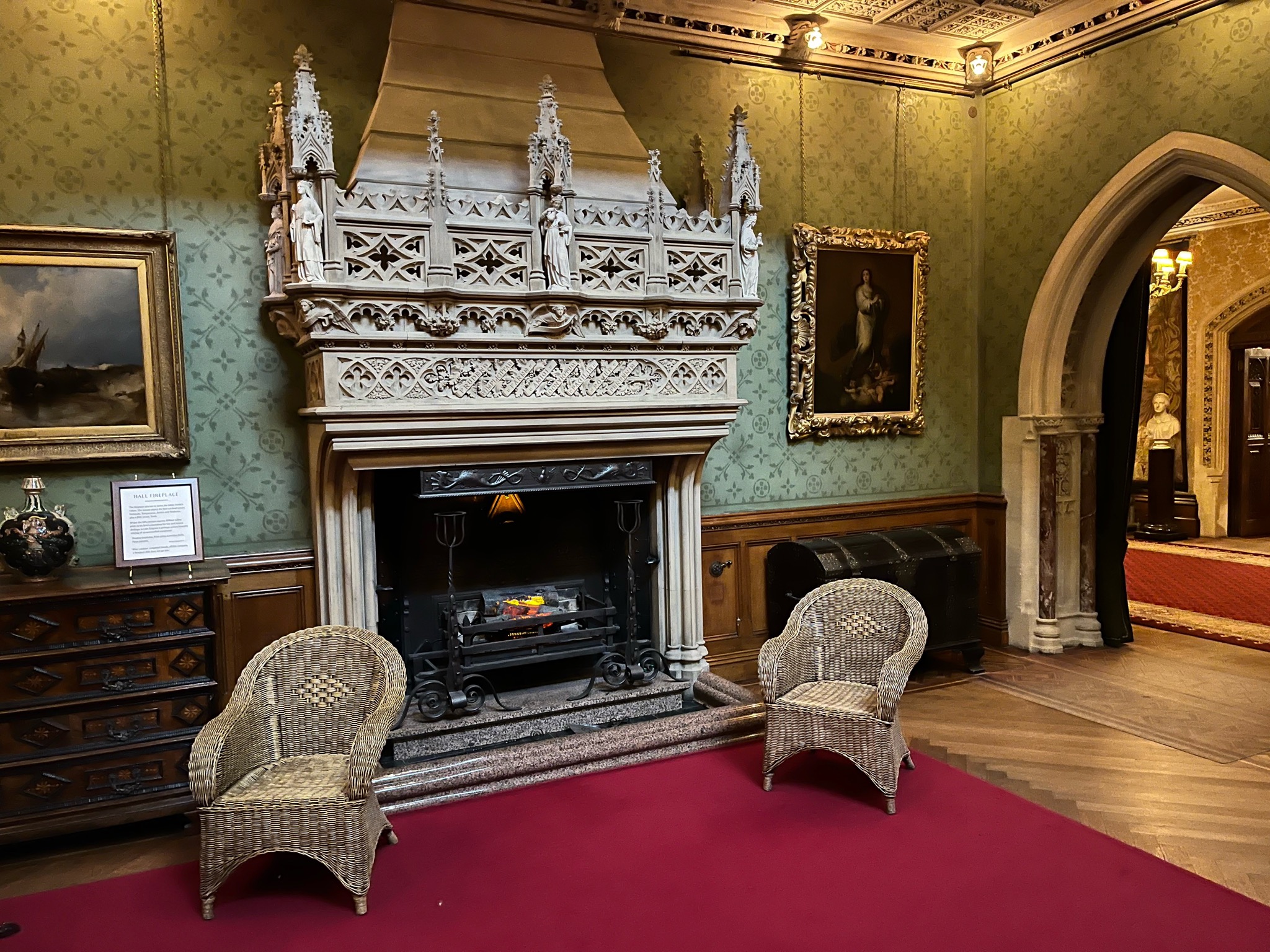 I certainly wouldn’t like to have been responsible for lighting and keeping all those fires going. 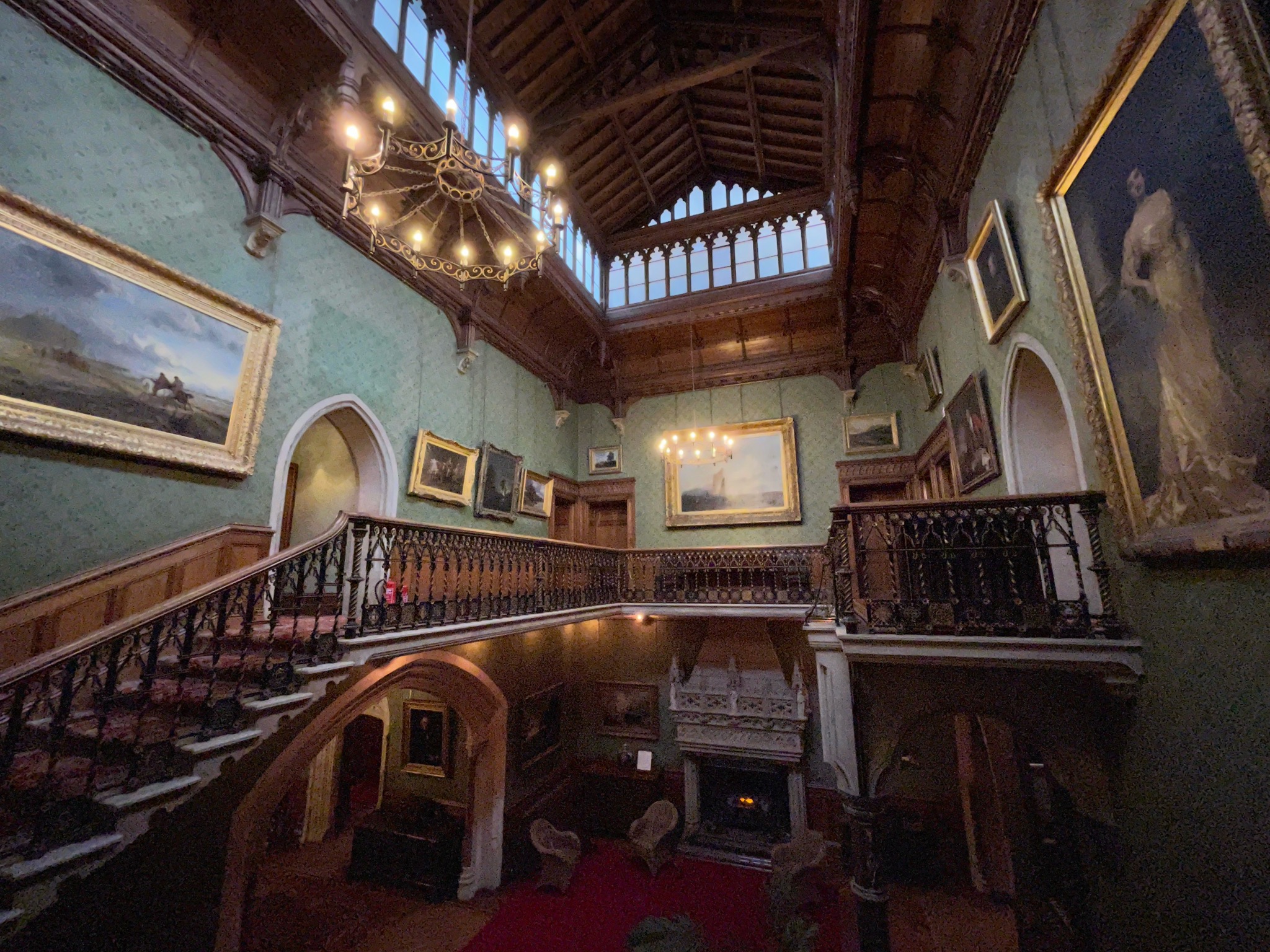 On the way to the main drawing room was another fireplace, made from marble. 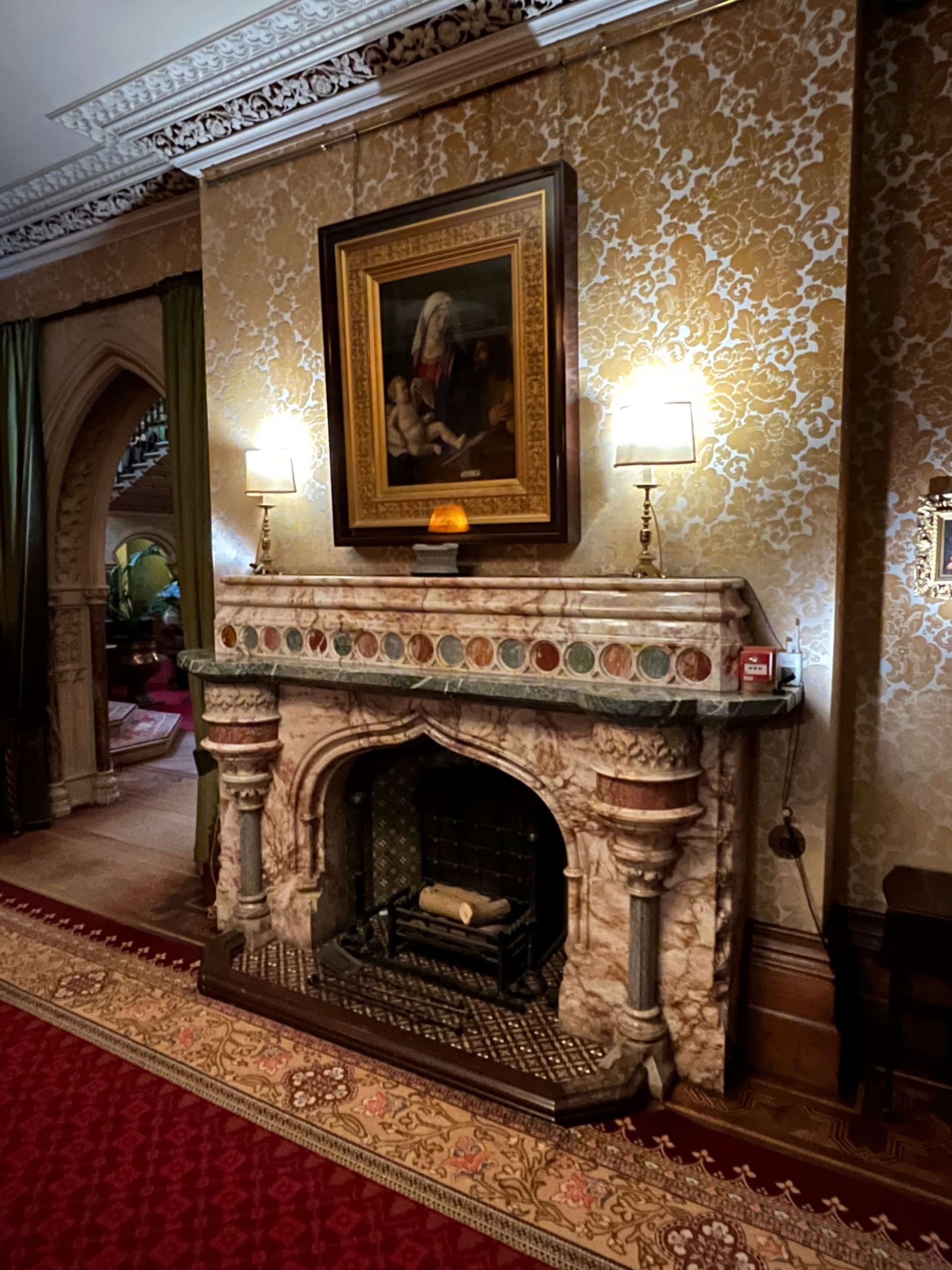 The main drawing room was huge. 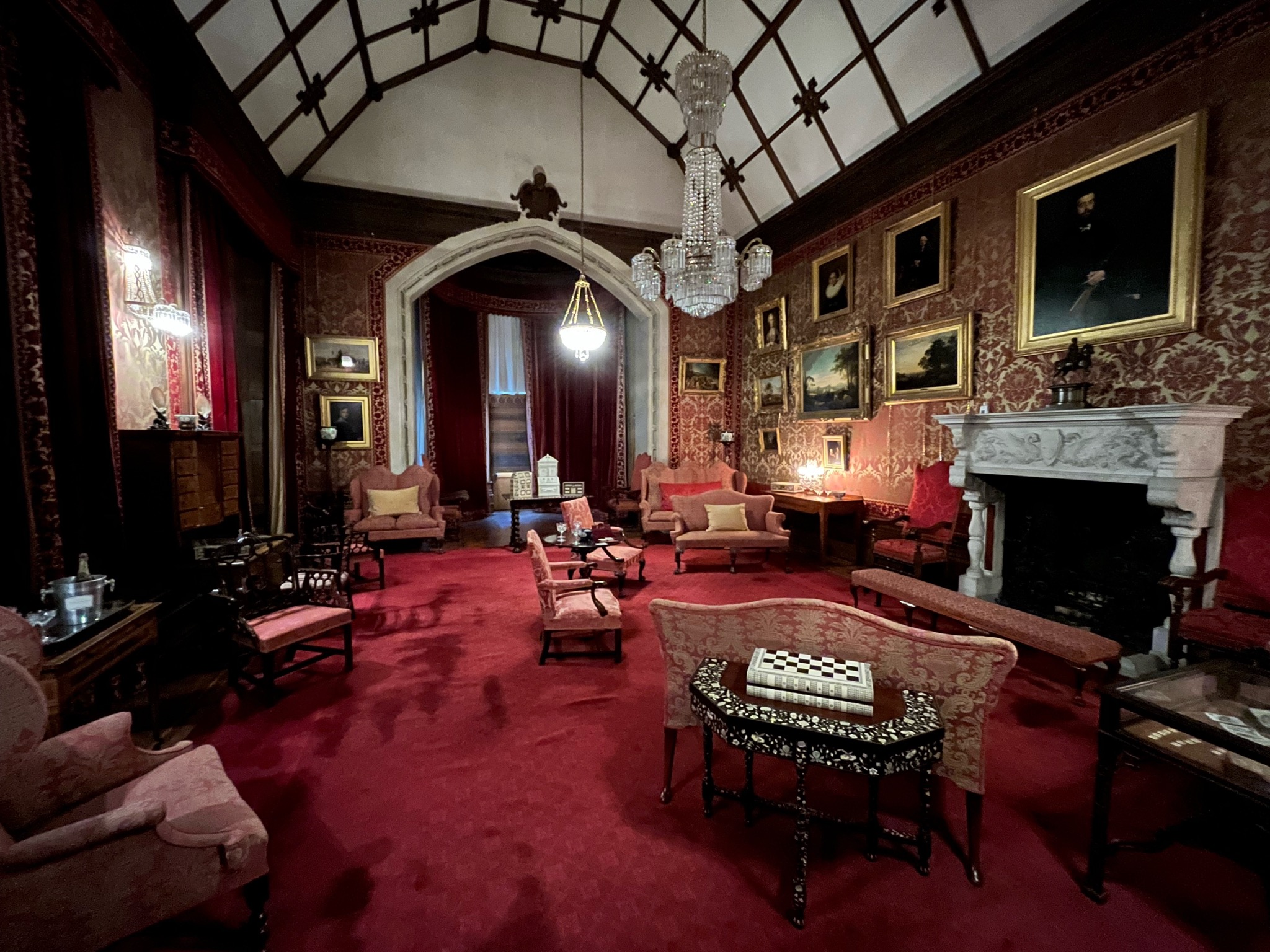 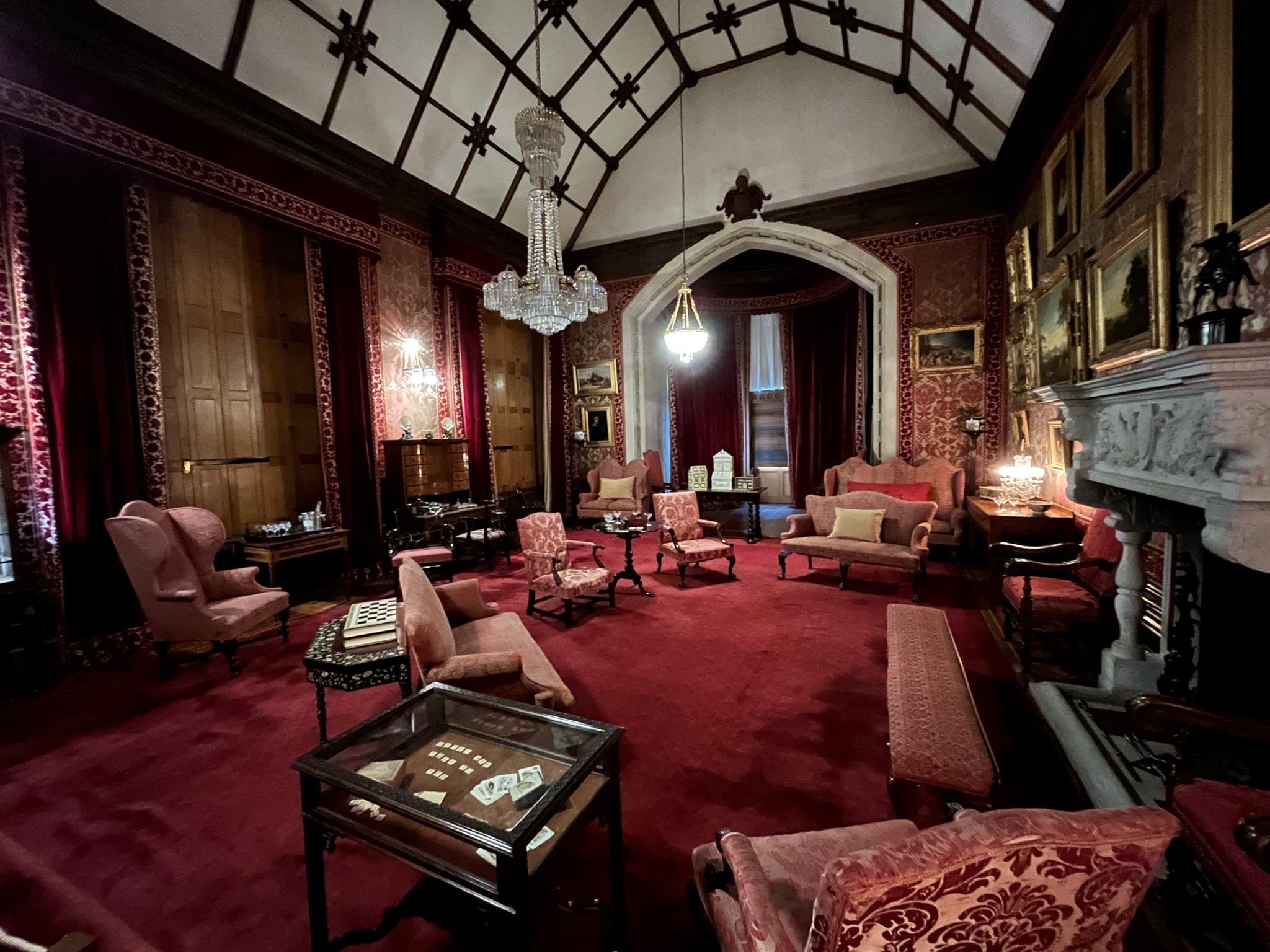 The billards room was also dark. A huge space surrounded by the trophies of deer. 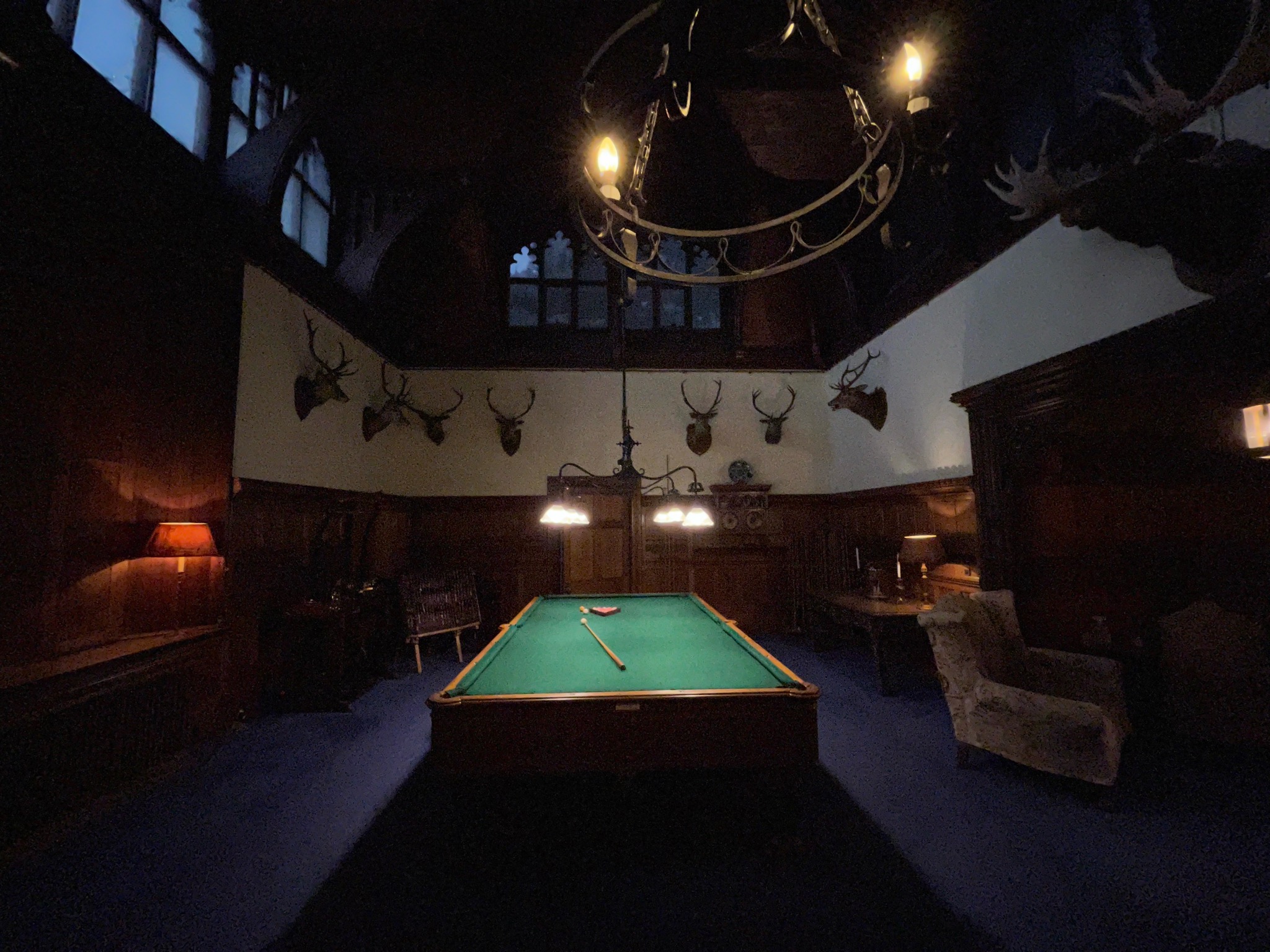 There was a nice alcove in the room, with another fireplace. 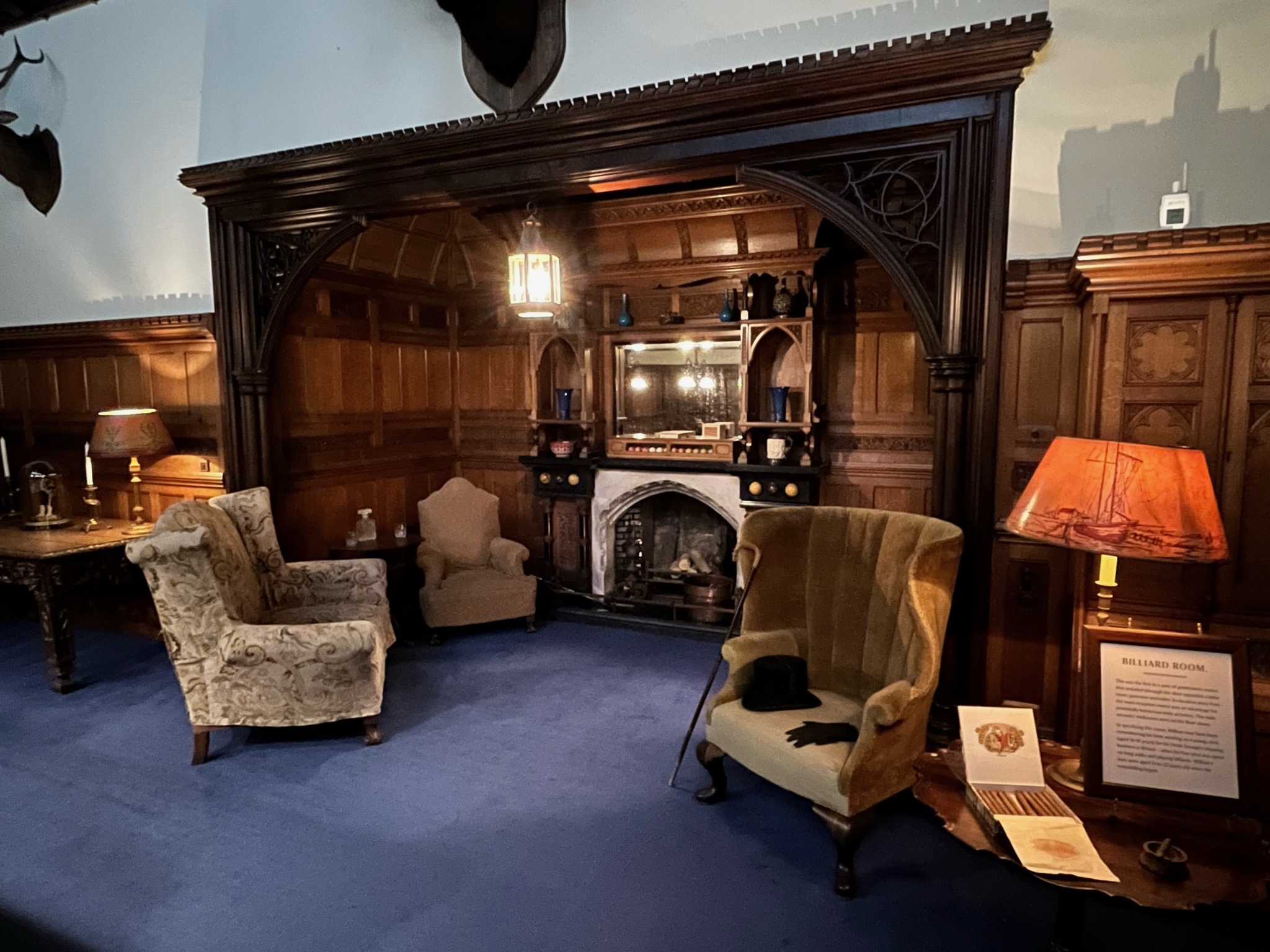 We climbed the stairs and there were a few of the bedrooms were open. 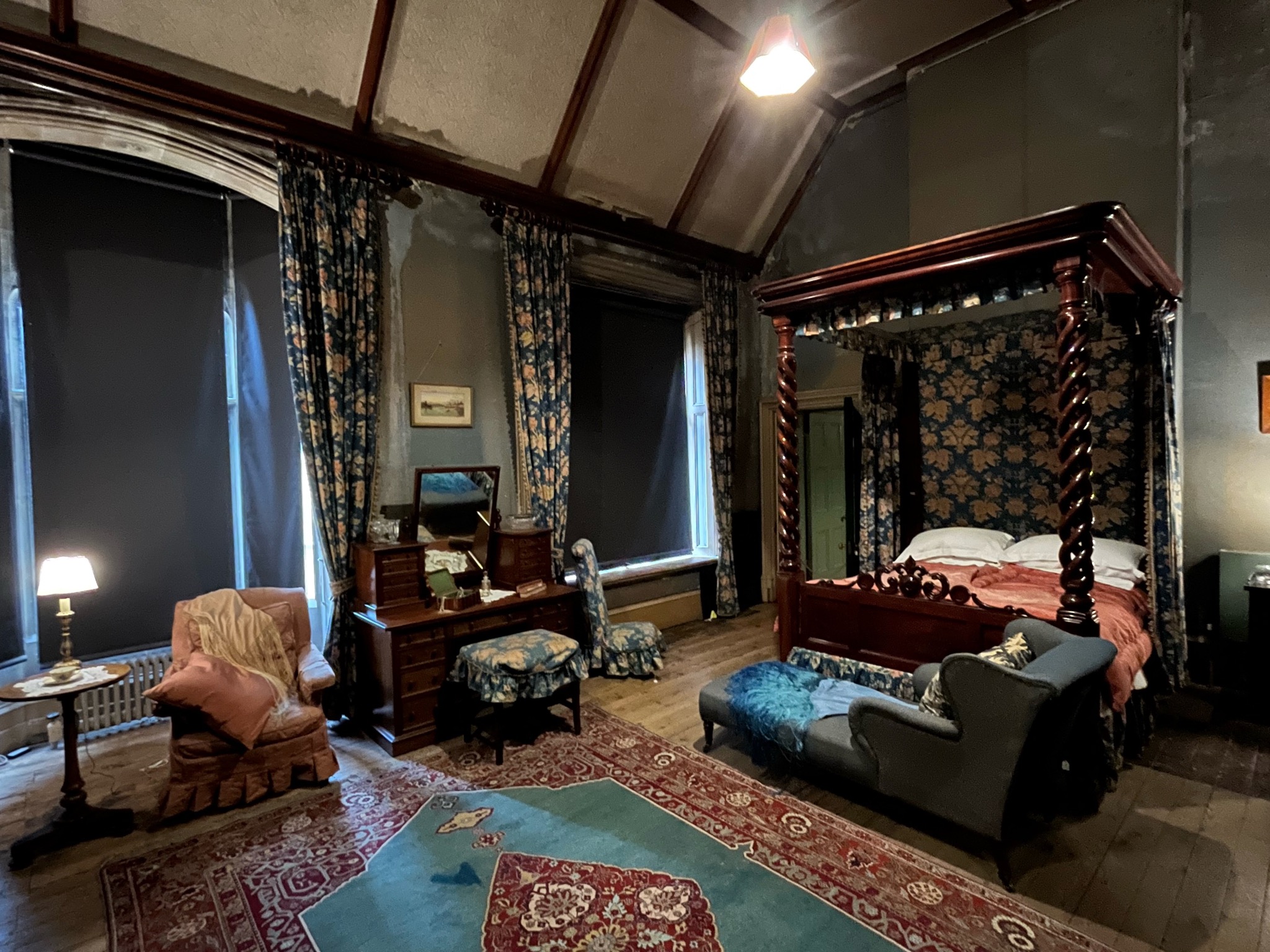 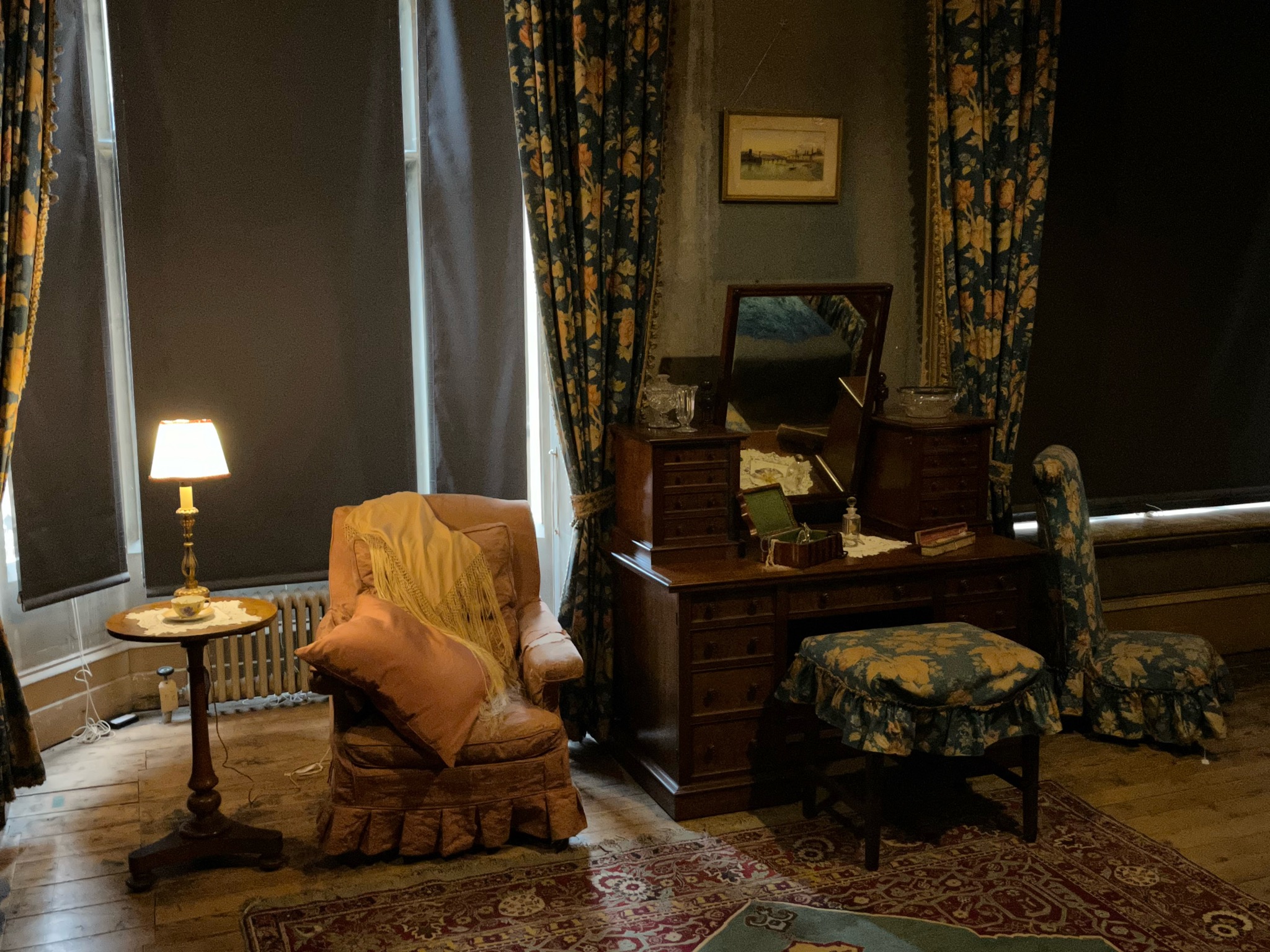 One of the many impressive stained glass windows, I liked the seagulls, an obvious reference to the guano that funded the house. 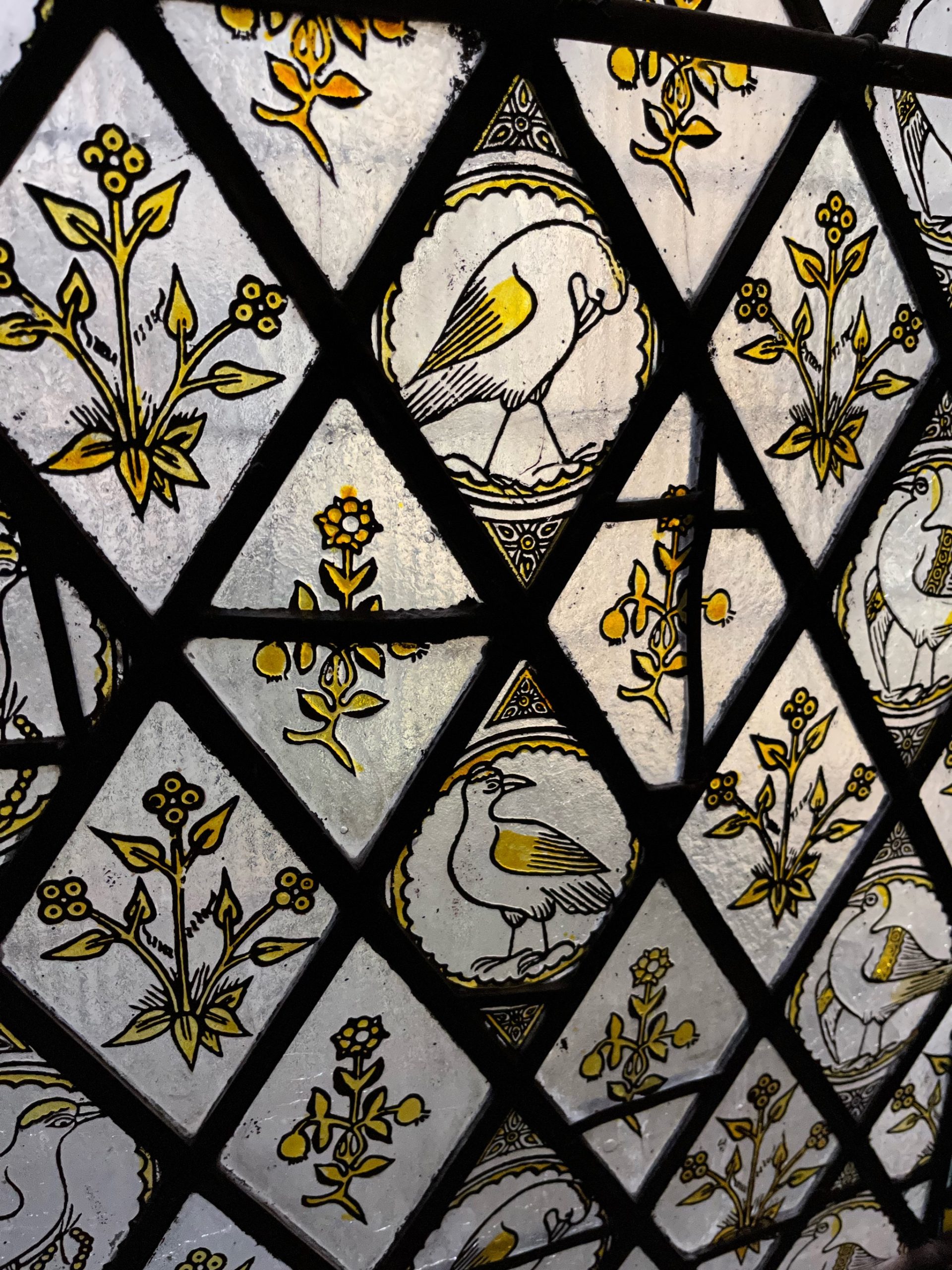 Your tour of the house ends with the family chapel. 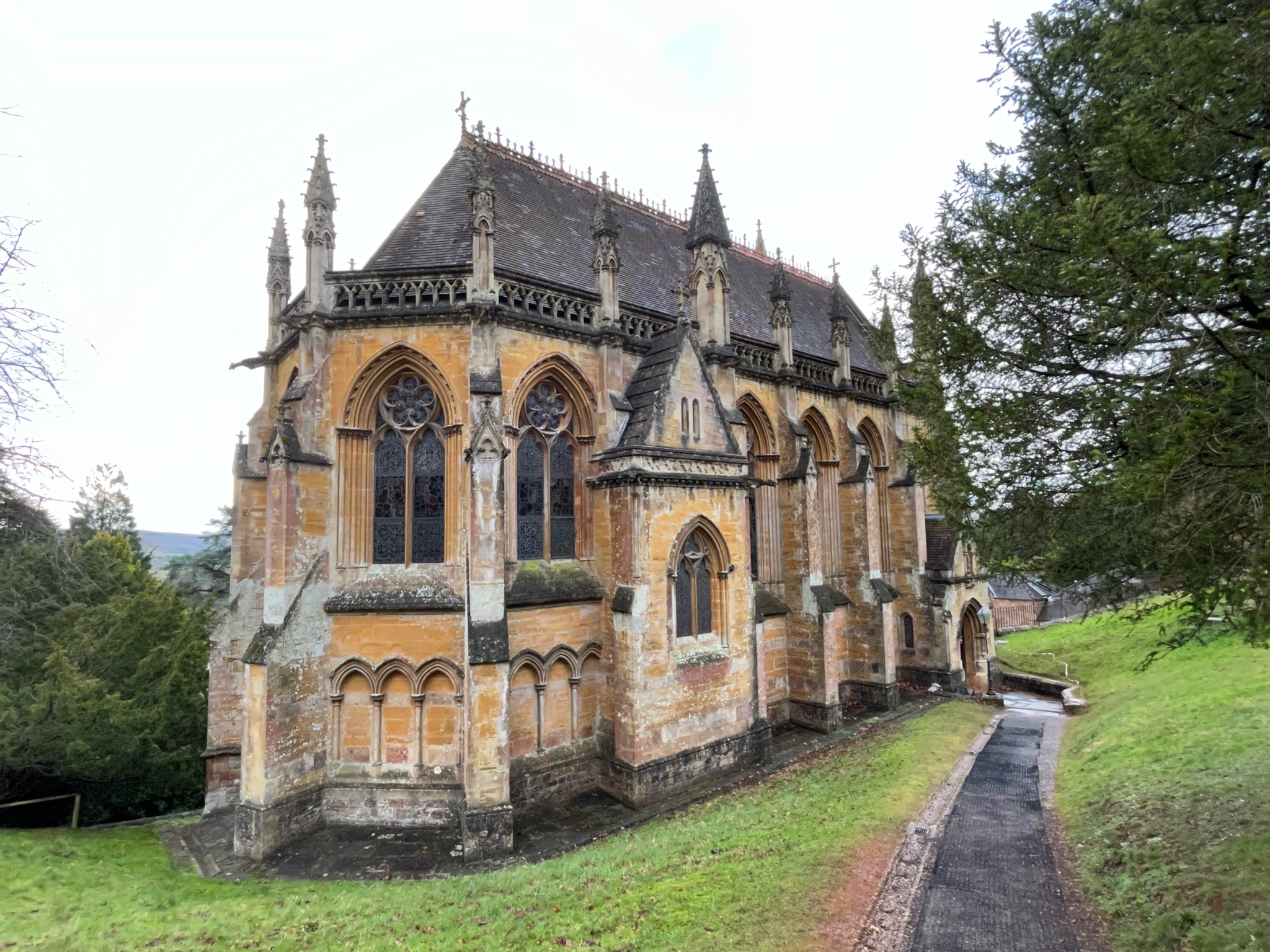 We also passed the side of the house. Makes you realise there is so much of the house we didn’t see, an entire floor for one, as well as other rooms across the first floor. 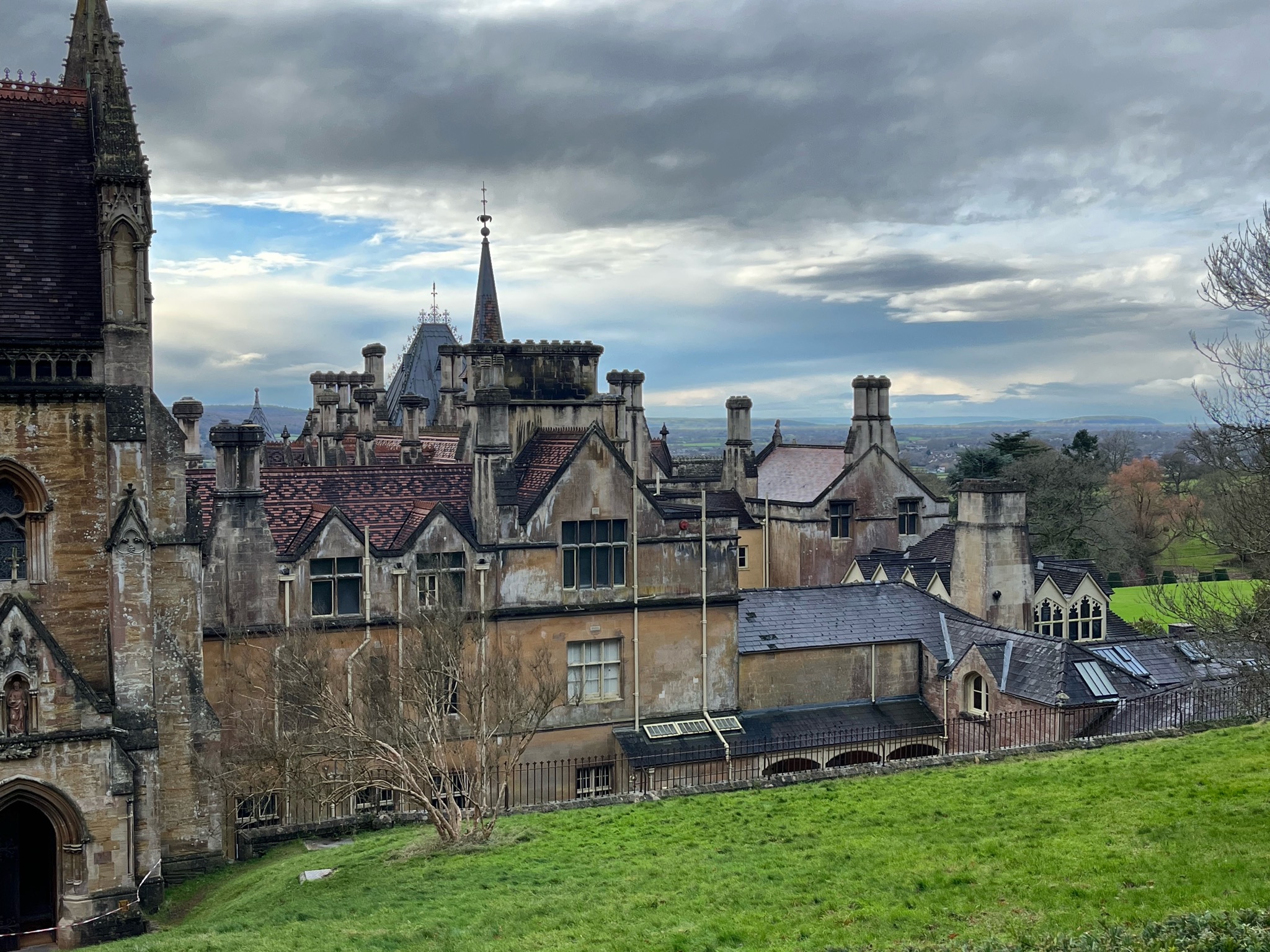 We stopped off at the cafe for a coffee, which was rather good. I suspect we will visit Tyntesfield again, as it is quite close to home. When the weather is better I am hoping to take advantage of the grounds and doing walks.