On my way to do a pick up from the Vue Cinema, I took a photograph of the festive Cabot Circus. 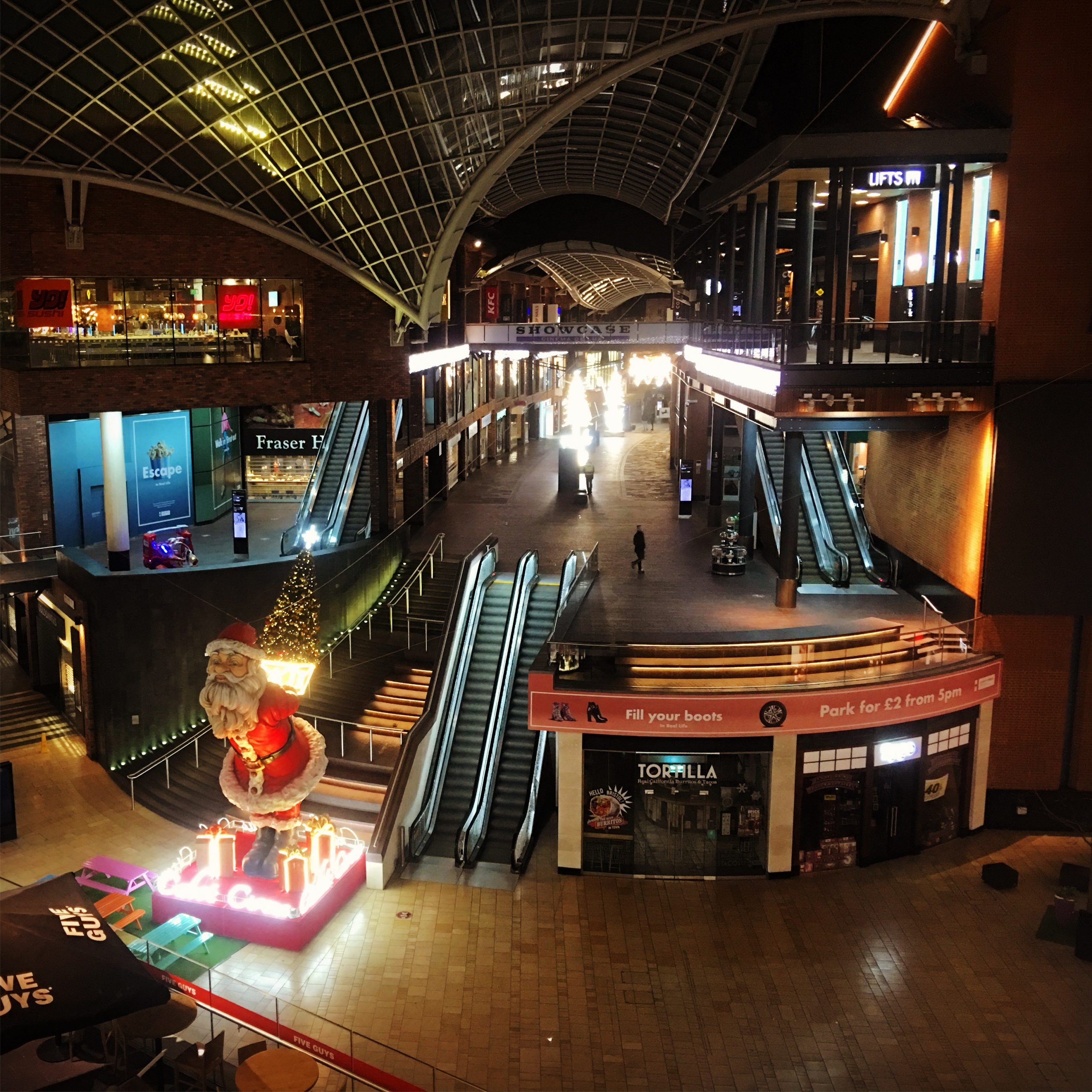 Searching Flickr I found this similar images from December 2012.