The other day in Birmingham I bumped into the Hustle film crew. 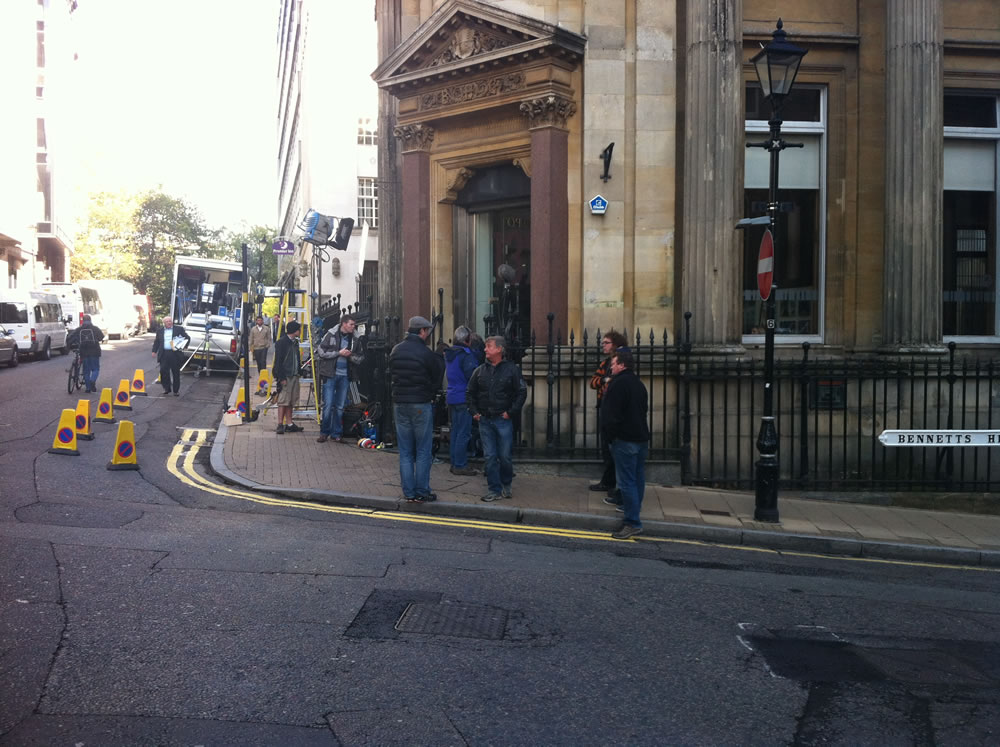 Kelly Adams was there, but she was in the building well before I could get a photo. This is the third series of Hustle filmed in Birmingham and will be on BBC TV in the first part of 2012.