It tasted horrible to begin with, but then I added five spoonfuls of sugar and now I feel all zingy zangy zongy! 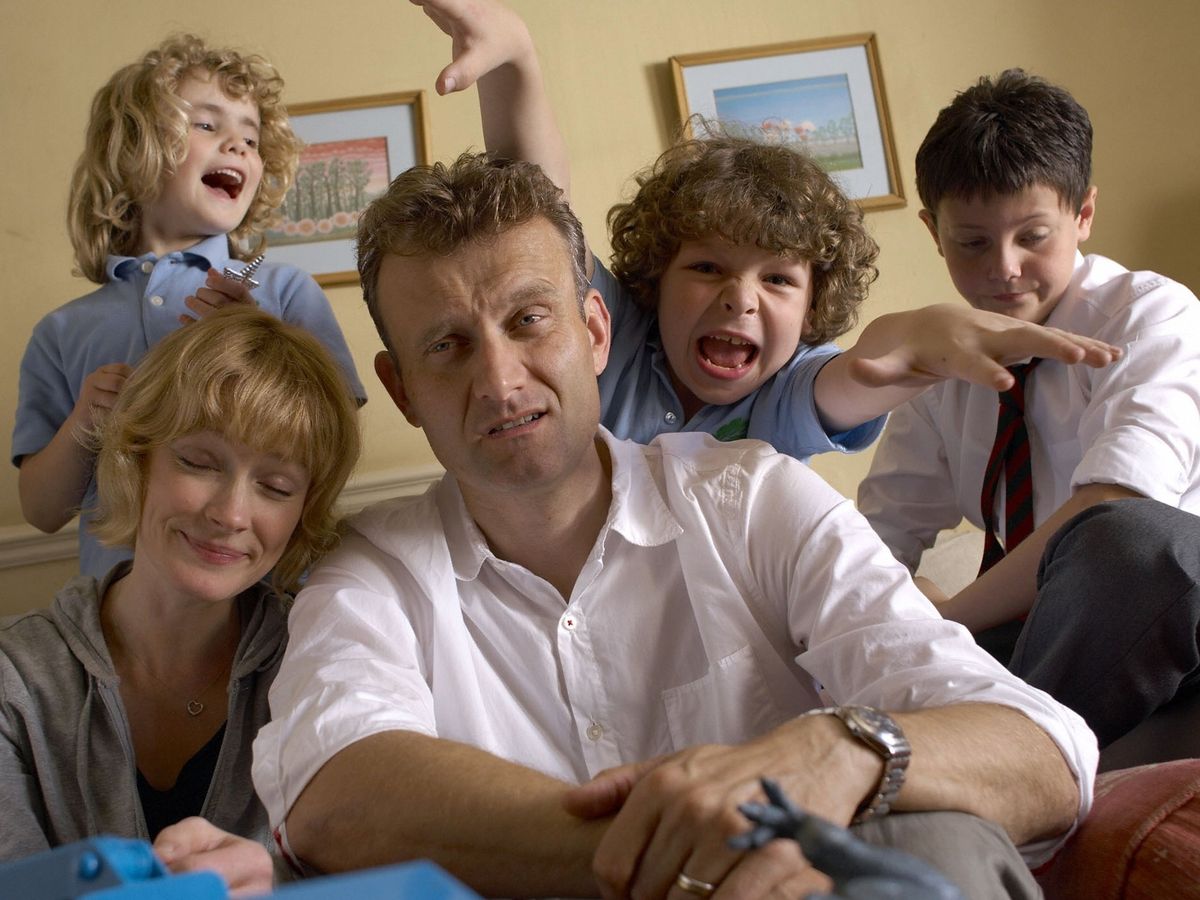 Outnumbered is centred on the Brockmans, a middle-class family living in Wandsworth, whose two parents are “outnumbered” by their three somewhat unruly children. The father, Pete, is a history teacher at an inner city school and the mother, Sue, is a personal assistant. The three children are: Jake, Ben and Karen. Outnumbered stars Hugh Dennis and Claire Skinner as the exasperated parents with three children.

I think one of the reasons that Outnumbered resonates with me, and more so now since it was first broadcast in 2007 was that I also have three children, two older boys, the youngest a girl and roughly the same ages. I can really identify with Pete and Sue and we as a family now laugh at the series.

Sometimes the series feels a little too close for comfort. However it is a series which makes me laugh.

What was clever was that wasn’t really a script and much of the conversations were improvised so that the children’s lines appeared natural.

The creative team behind this have been behind a lot of my favourite TV and Radio programmes. I have always been a bit of a fan of Hugh Dennis as well, ever since he starred in the The Mary Whitehouse Experience on BBC Radio 1 with Steve Punt. I really enjoyed many of the things that Andy Hamilton and Guy Jenkin have been behind, including Old Harry’s Game and Drop the Dead Donkey.

As you might expect, my favourite quote is about coffee….

Pete: You got yourself a coffee?
Jake: Yeah. Double espresso.
Pete: A double espresso?
Jake: Well, you’re one who’s telling me to like, try new things all the time.
Pete: Yeah but I meant vegetables and stuff, not stimulants, you’ve never had caffeine before, I –
Jake: Don’t get in a state. I only drank half of it.
Pete: Oh. Okay.
Jake: Ben drank the other half.
Pete: (pauses) You let Ben drink a double espresso??
Ben: It tasted horrible to begin with, but then I added five spoonfuls of sugar and now I feel all zingy zangy zongy!
Pete: Zingy. Zangy. Zongy.
Ben:I feel like lightning!
Pete: Oh my god.