The first time I went to the Warner Brothers Harry Potter Studio Tour was in 2015, just after they had added the Hogwarts Express and Kings Cross set to the tour. At the end of November 2019 we made a return visit, mainly to see how different it was dressed for Christmas and with snow.

As you can see not too much Christmas stuff in the Weasley’s home The Burrow. I think that may have been a real opportunity. 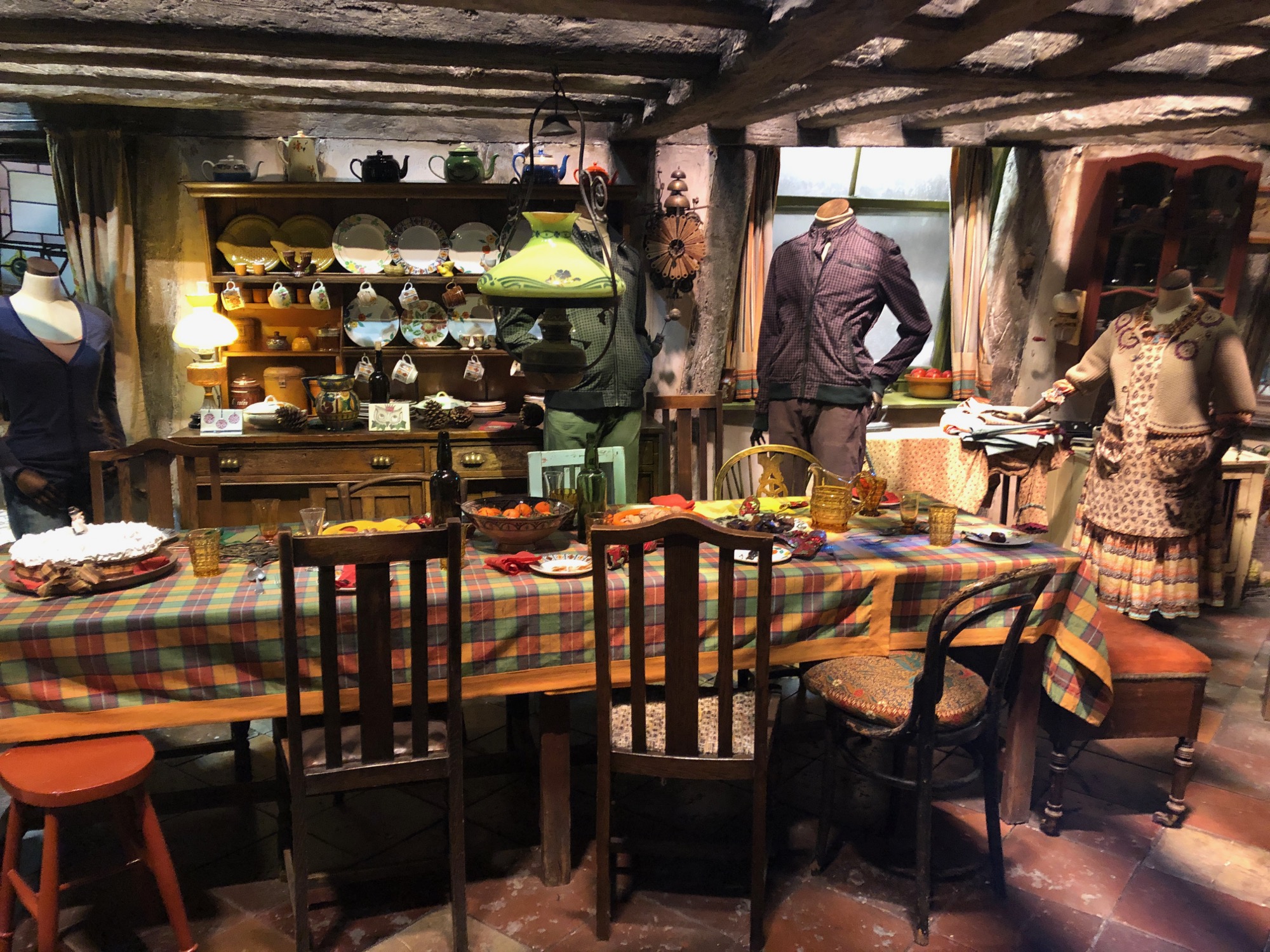 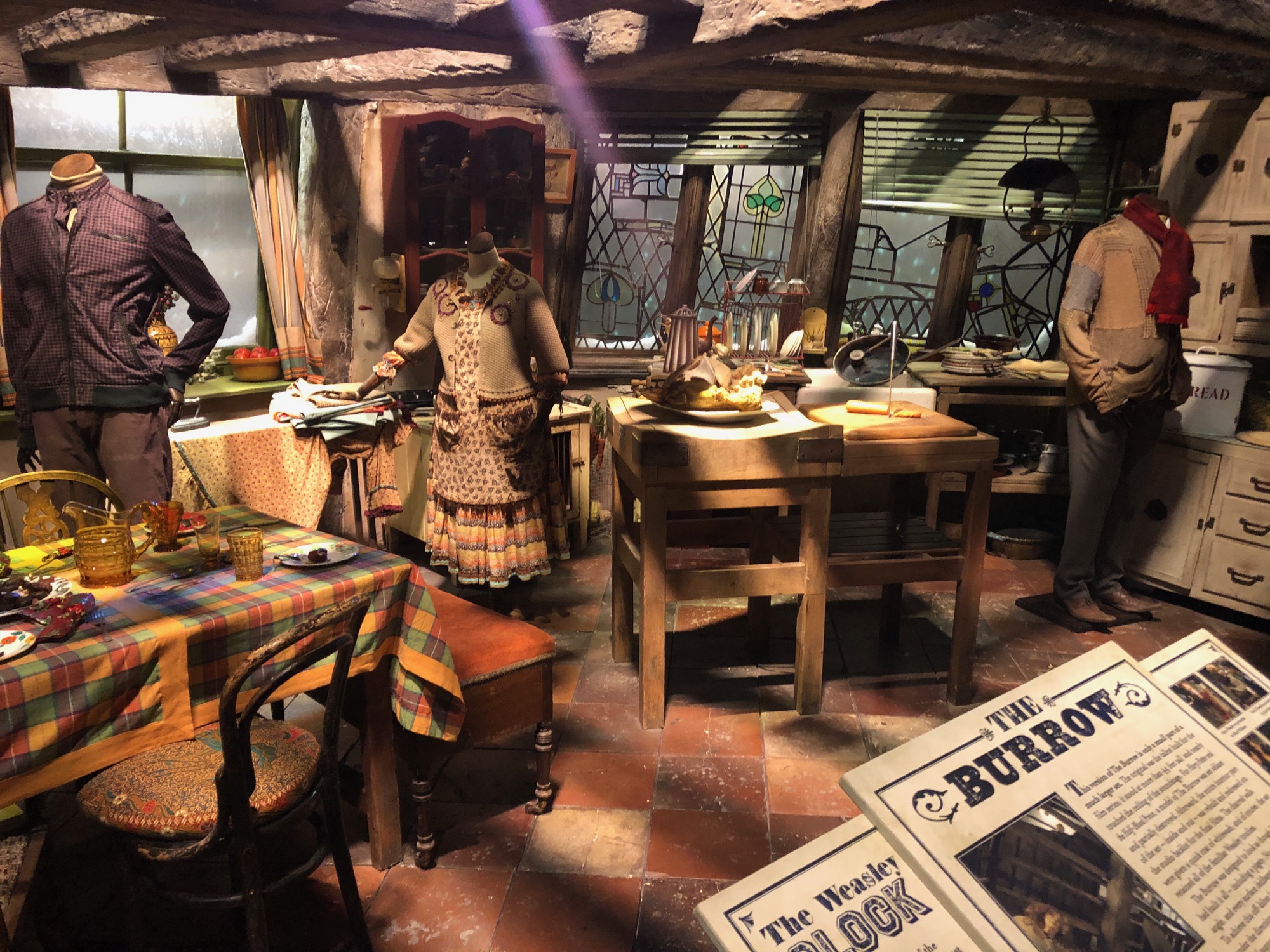 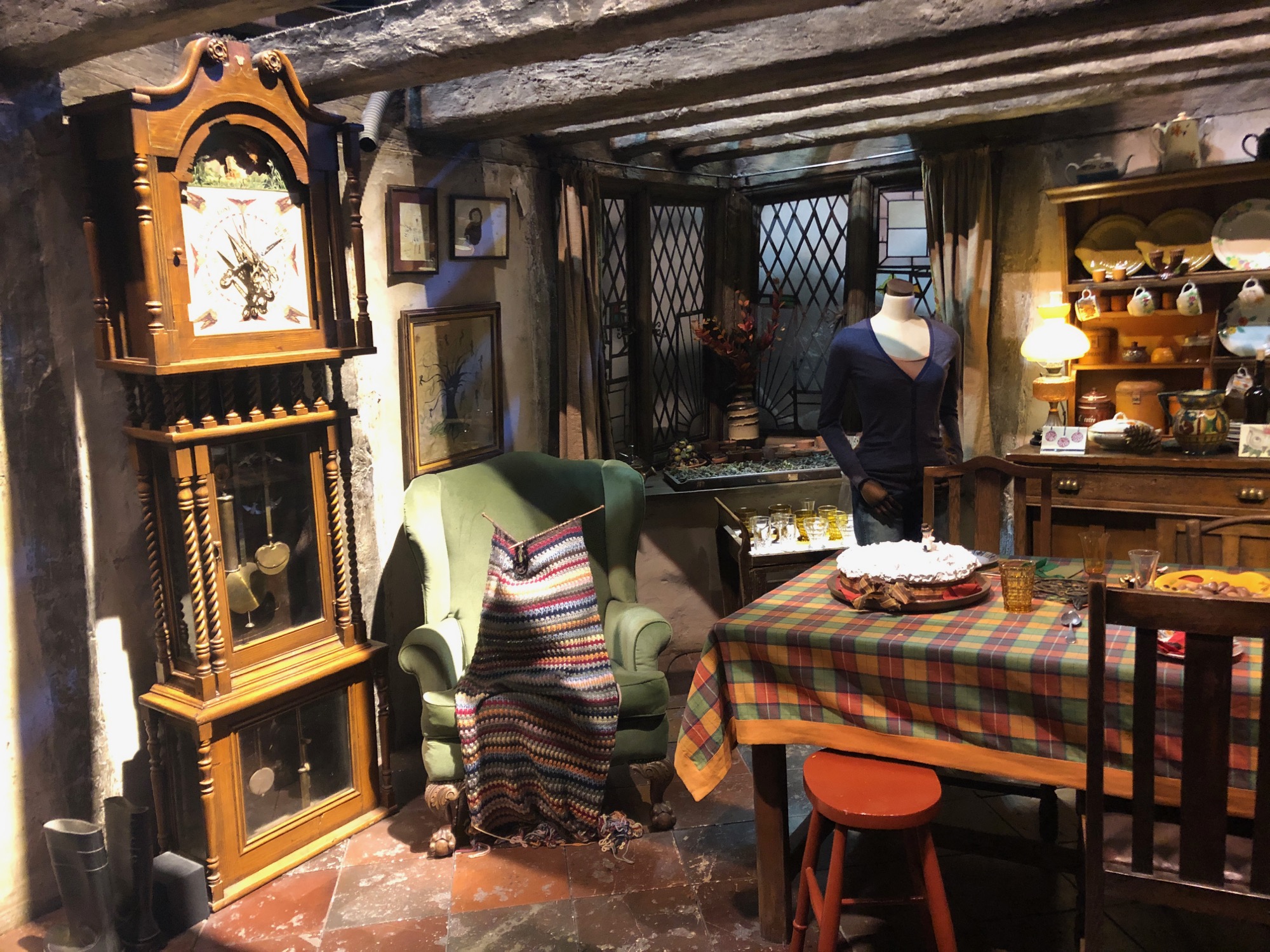 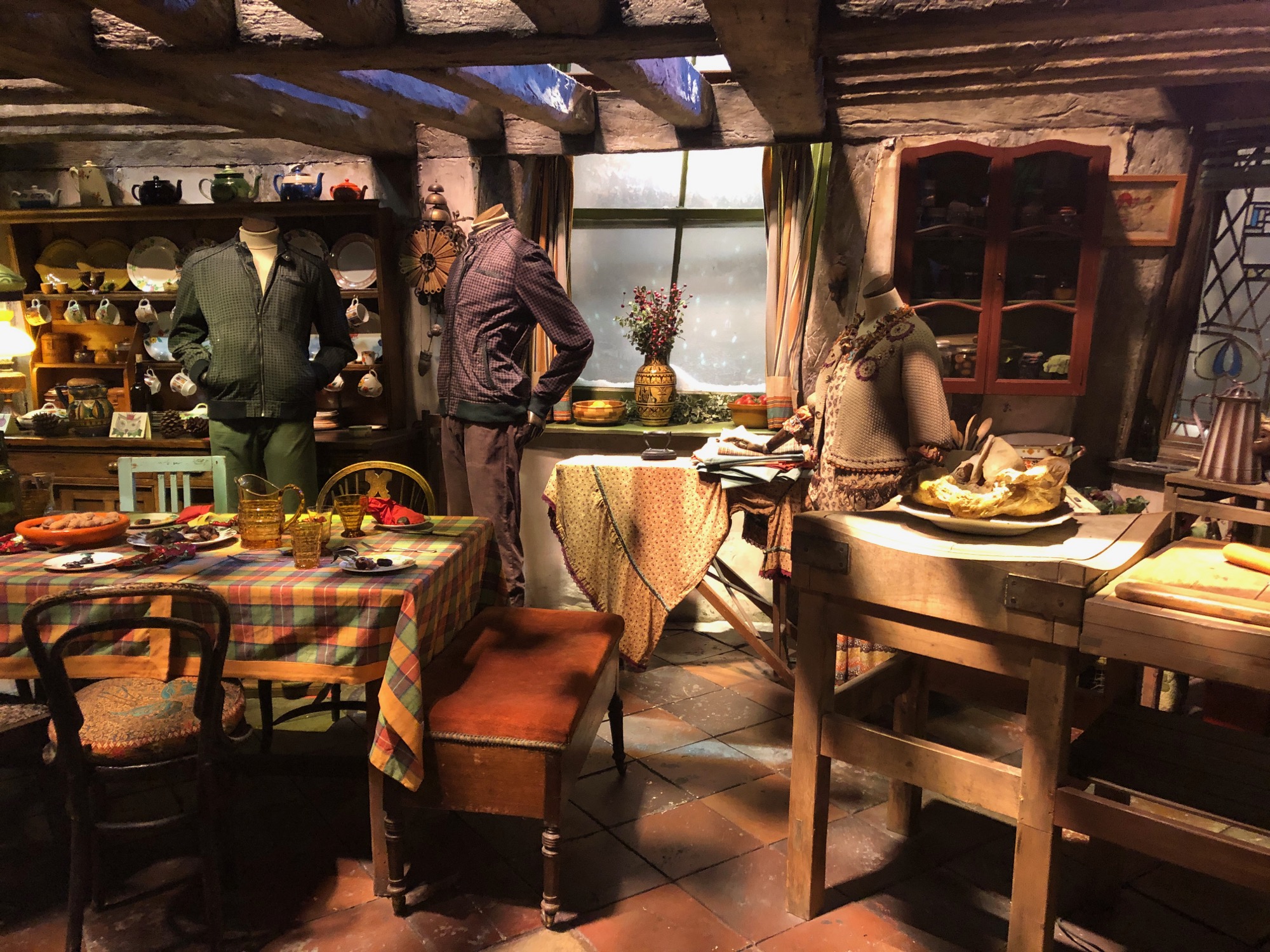 The Weasleys’ home, known as the Burrow, is located outside the village of Ottery St Catchpole,. The Burrow was used as the Order of the Phoenix’s headquarters, due to the compromised Fidelius Charm placed on 12 Grimmauld Place, in Harry Potter and the Deathly Hallows until it lost its given protection. The Weasley house has seven floors. It is also quite dilapidated, managing to remain standing only by magic. Despite the house’s rundown appearance, Harry remarks on his first visit that it was the best house he had ever been in and it becomes his second favourite place in the world (after Hogwarts). The well-hidden orchard nearby doubles as a Quidditch pitch for the Weasley boys and Ginny Weasley. A multitude of garden gnomes infests the garden of the Burrow. There is also a small hangar located there that Arthur Weasley uses as a workshop to tinker with muggle items that he brings home (much to Mrs. Weasley’s chagrin).