Back in the 1980s there was a plethora of films about the Vietnam War, from the intriguing Apocalypse Now

and the lightweight Good Morning Vietnam

, the one Vietnam War film I remember more than the others was Full Metal Jacket 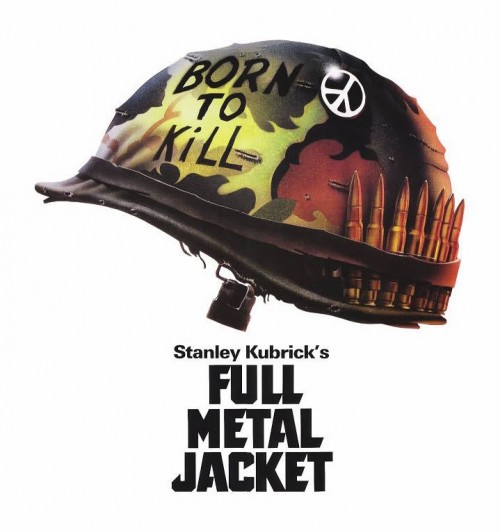 From the brutality of the Marine training camp to the pointlessness of the horror of Vietnam, this film for me covers the awfulness of war and the impact it has on the men and women who take part and the unfortunate civilians who get caught up in it all. The harshness of basic training reminds us that it is the very young that get sent to fight the wars, often they have no idea of what they are doing or why they are doing it. Joker’s helmet with the CND peace symbol and “born to kill” is a dichotomy that is often explored in the film. The futility of the fighting is demonstrated again and again with the subsequent waste of life on both sides. A film that shows off many of the horrors of modern warfare and the violence that one would see, there is within the film a lot of dark humour and you can feel guilty smiling or even laughing at the humour.

Beautifully filmed and very cinematic, from a technical perspective when you realise that most of the movie was filmed in the UK you can really appreciate the film makers art. The Norfolk Broads was where the paddy fields of Vietnam were filmed, whilst the ruined building scenes with the sniper were made in the London docklands! 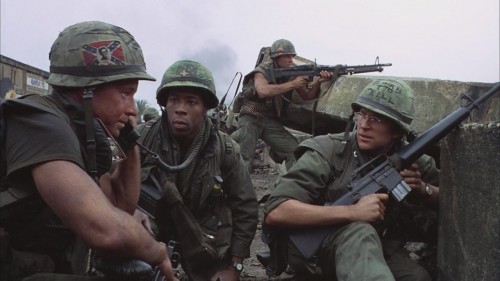 As war films go this one is probably one of the best, it is a powerful, unsentimental assault on the senses and leaves one reeling. I don’t think I had the same feelings until I saw the opening sequences of Saving Private Ryan. Though it is nearly fifty years since the Vietnam War, it is still for many people one of the turning points in history, where popular opinion turned against the government policy of the day and ended an unpopular war. The films of the Vietnam war in the 1980s reminded a new generation of the horror of that war, sometimes we need reminding.

Get Full Metal Jacket at Amazon on DVD, Blu Ray or Amazon Video.