Enjoying being a birthday cake, 45. Sprinkles can be found outside the Boston Tea Party on the Gloucester Road. 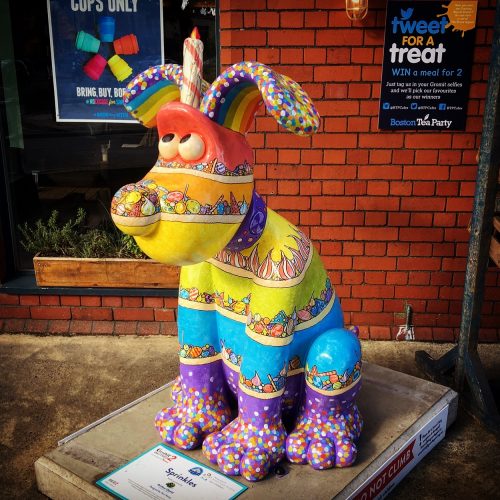 He seems very focused on the candle on his head, not surprised really. 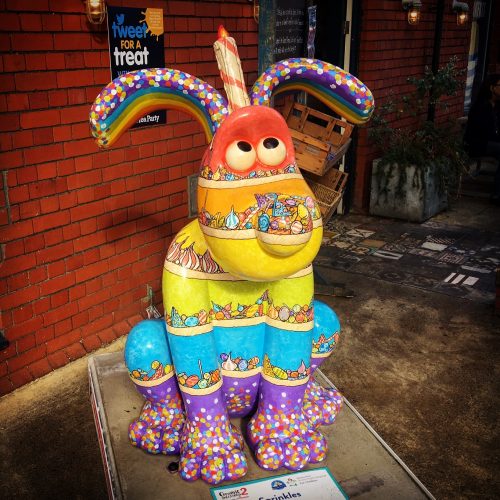 Out of the 70 Shauns across Bristol we managed to capture 62 of them.

These are the eight we missed. Luckily other people managed to capture them on film.

We did in fact find 12. Bumble but we were driving pass and decided it wasn’t safe to stop and we would go back at some point, we never did. 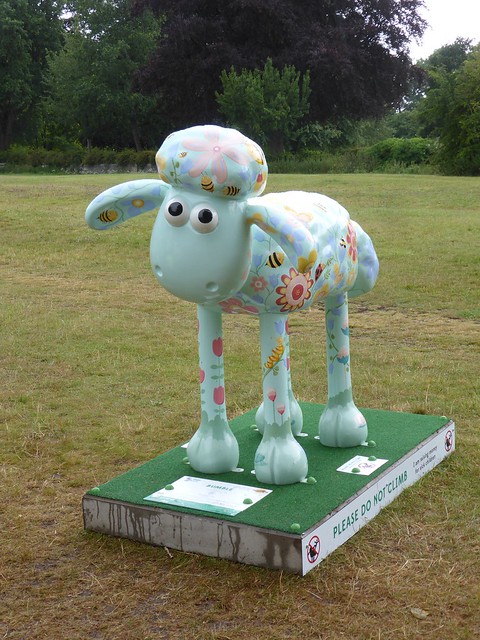 Over on Henleaze Road was 14. The Tale of Peter Rabbit™ a somewhat scary looking rabbit-sheep hybrid. 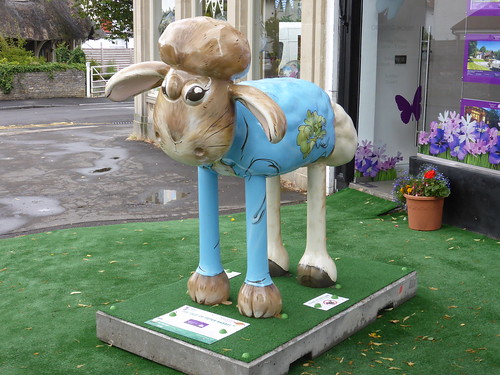 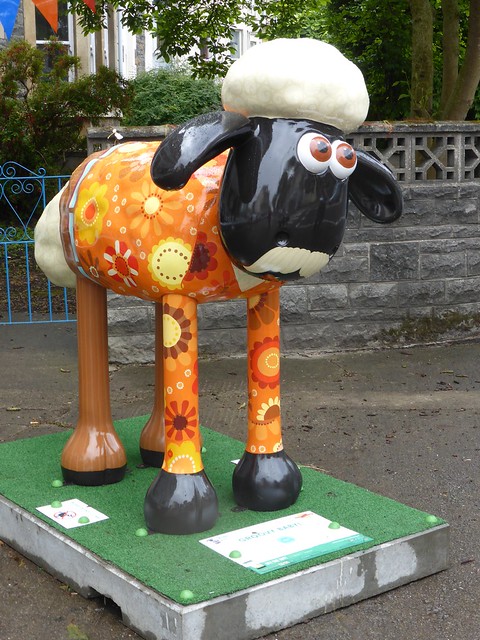 We had intended to visit Ashton Court to see 16. Buttercup and 17. Flora but it was pouring with rain on the two days we thought we might have time to do this. So both sheep were missed. Buttercup was in the courtyard next to the cafe. 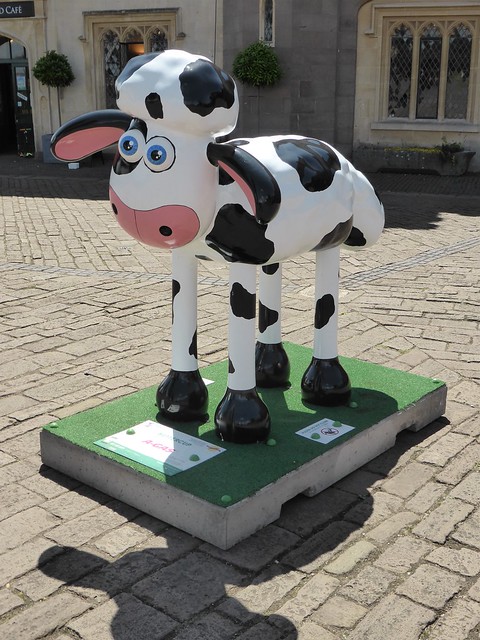 17. Flora was also at Ashton Court, up by the Golf Club. 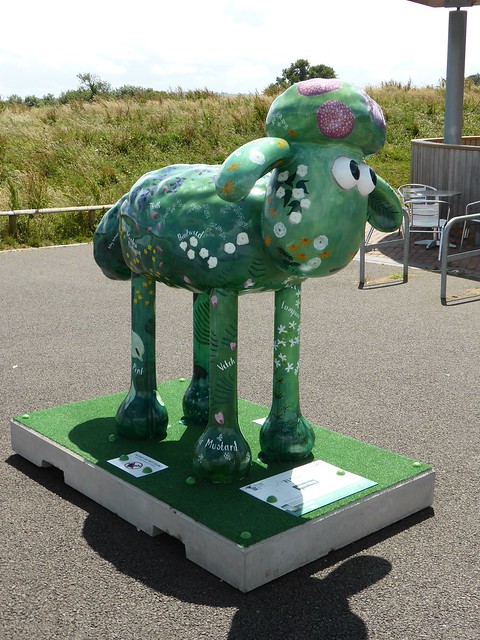 32. Sparkles the Unicorn was hiding away on Horfield Common, what stopped us was the sheer amount of traffic around Bristol, on what should have been a quiet day for vehicles. 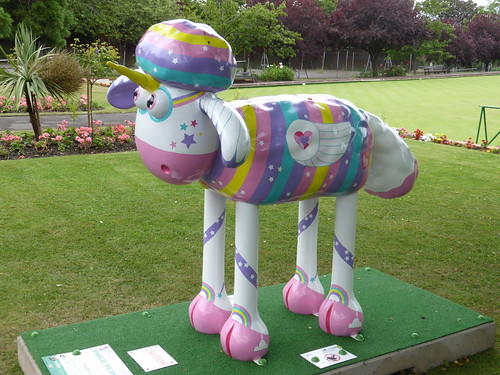 Looking very tasty is 33. Star Bake next to the Boston Tea Party on the Gloucester Road, 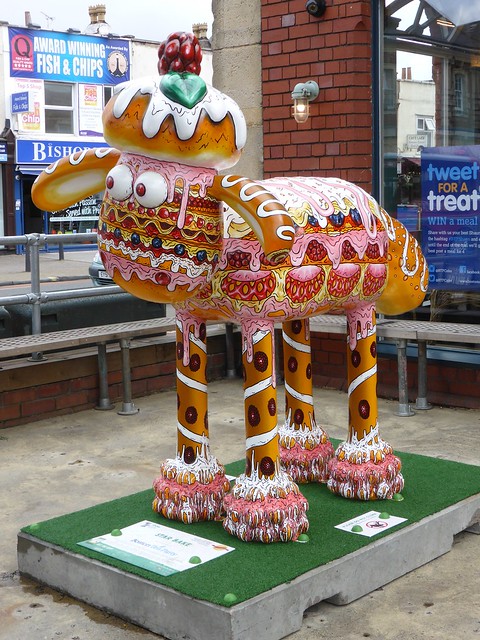 Another one where the amount of traffic contributed to missing them, this time it was 34. Primrose at St Werburgh’s City Farm. 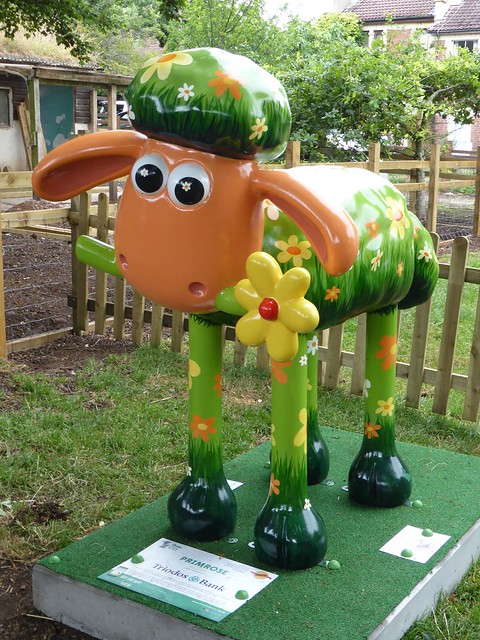 Photographs by Mary Kelly on Flickr CC BY-NC-SA 2.0 who managed to capture all seventy.