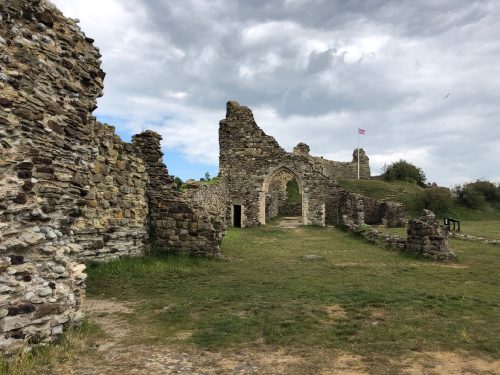 One of the things I learnt when I visited Hastings Castle in Sussex, was that this was the site of the first Norman castle, where the building pretty much started after the initial Norman invasion. Everyone has probably heard of the Battle of Hastings in 1066, though the actual battle was some miles away, as was the initial landing of Normal soldiers.

We took the West Hill Lift to get to the castle. There are two “lifts” in Hastings, the East Hill Lift is the steepest funicular railway in the UK. 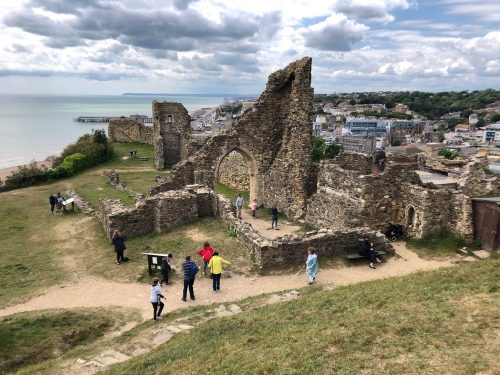 The video presentation does provide a lot of context about the castle and after watching it is worthwhile to walk around the ruins as you can see them in a wider context. I found it fascinating that after the castle fell into disrepair it was pretty much buried in soil and undergrowth, and forgotten about until Victorian times.

Some of the castle material were used to build a church which comprises most of the remaining ruins. 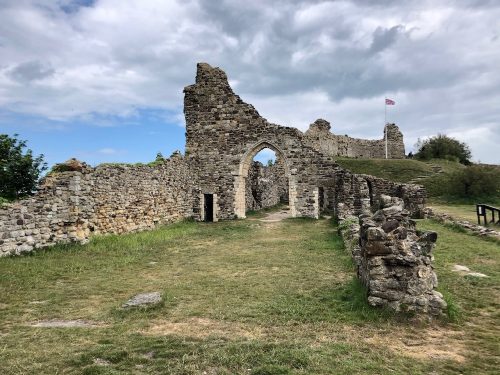 The main walls were used to protect the castle, but most of them have either fallen into the sea, or were inadvertently (or was it deliberately) knocked down in the Victorian era. 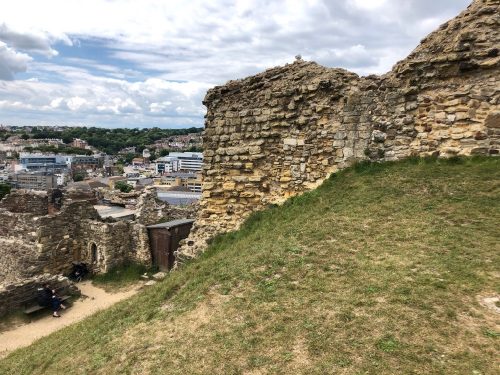 Compared to the view form the inside of the castle, you can see the ruins from the neighbouring hill, but you don’t really get a full feel for the place. 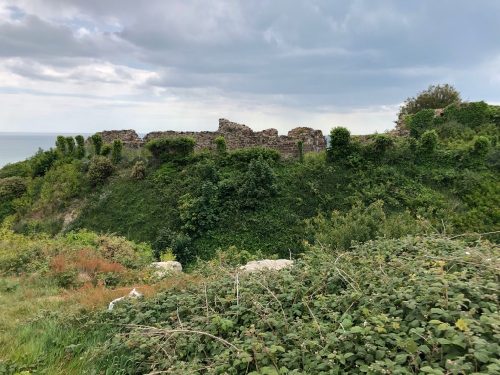 So why is the blog title, Certainly interesting, but…. well the castle is certainly an interesting place to visit, but the price of entrance, to me seemed rather steep. At £15.80 for a family four.