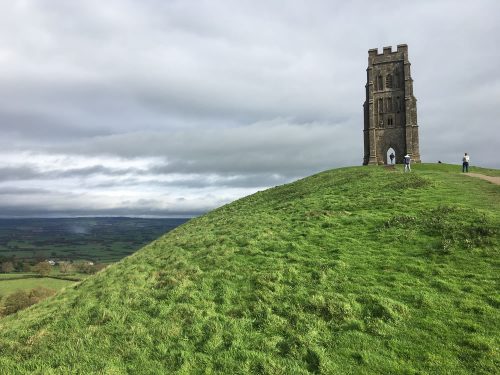 Though I have visited Glastonbury quite a few times over the years I have been living down in Somerset, I had never climbed the Tor.  So during the October half term last year we decided to do just that, go to Glastonbury and climb the Tor. There is plenty of cheap parking in the town itself and there are a range of esoteric shops that also deserve exploring (after you have climbed the Tor). As you might expect there are a fair number of teashops too.

Our first attempt was on the wrong path, there were roadworks in the town which had made it challenging to find the right way up, but after avoiding the field full of cows, we found the less muddy path and walked up. Taking the time to turn around now and again to appreciate the view of the town. As we climbed it got windier and colder, so though it can be warm in the town, we were glad we had our winter coats, hats and gloves. 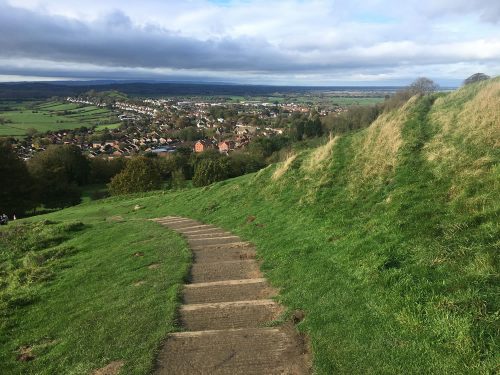 Glastonbury Tor is a distinct prominent hill amongst the Somerset Levels and can be seen from a quite a distance.

It is topped by the roofless St Michael’s Tower. There was originally a  wooden church, however that was destroyed by an earthquake in 1275. A stone replacement, the Church of St Michael built on the site in the 14th century and over the centuries has been restored and partially rebuilt several times. Now just the roofless tower remains 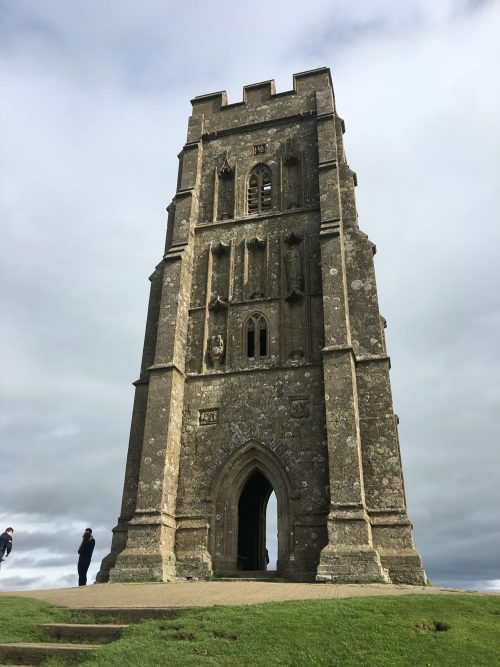 The hill and the tower are now managed by the National Trust. Mythically the Tor was thought to be the Isle of Avalon, a legendary island featured in the Arthurian legend. When the surrounding land was swamp, the Tor was essentially an island. 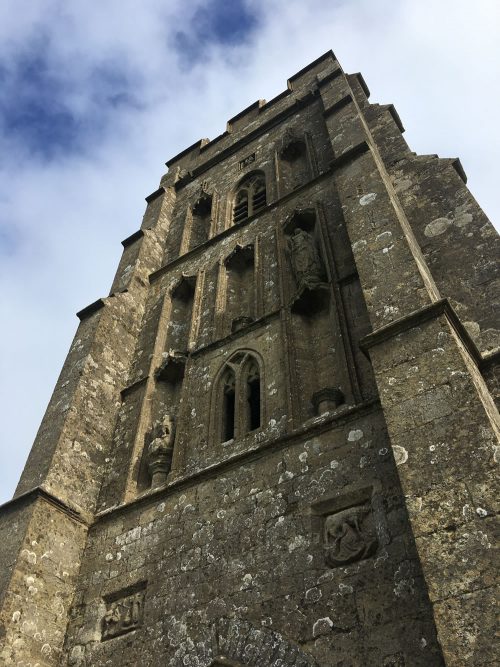 It was back in 1190, that Avalon became associated with Glastonbury, when monks at Glastonbury Abbey claimed to have discovered the bones of Arthur and Guinevere.

It was very windy when we got to the top, but even so the tower provided little protection from the strong winds. 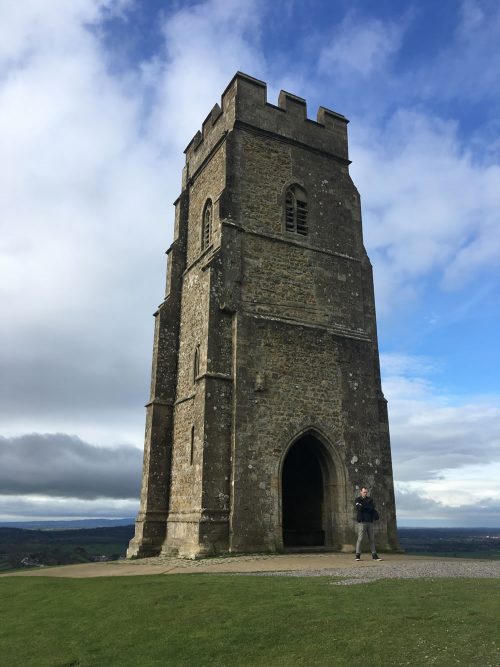 Much of this would have been swamps and wetland, but over the centuries it has been drained so it can be used for farming. 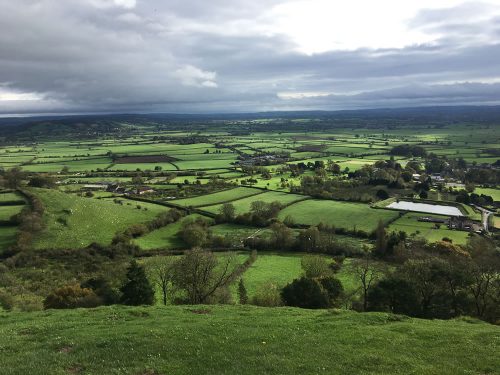 The Tor itself is sandstone and was formed when the surrounding softer materials were eroded away. 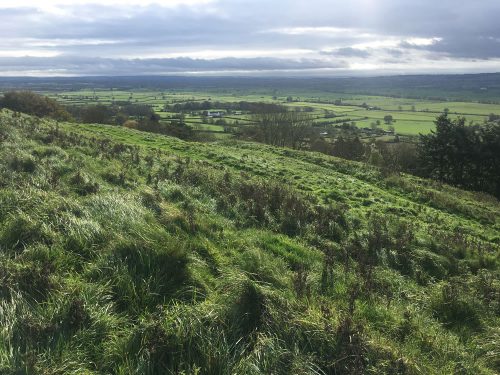 Walking down from the Tor, I was pleased we had made the effort to climb the hill and to see those magnificent views. 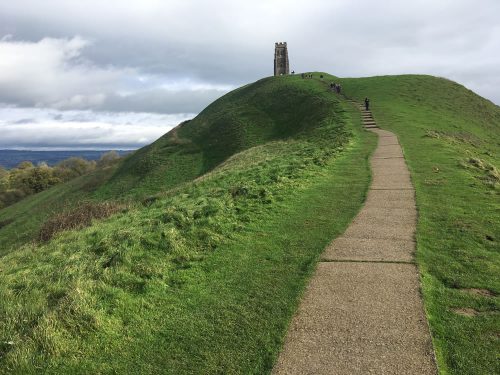 I have been to Fountains Abbey in North Yorkshire, once in 1979 on a school trip and then again in the 1990s when I was visiting York. These photographs are from that visit in the 1990s. 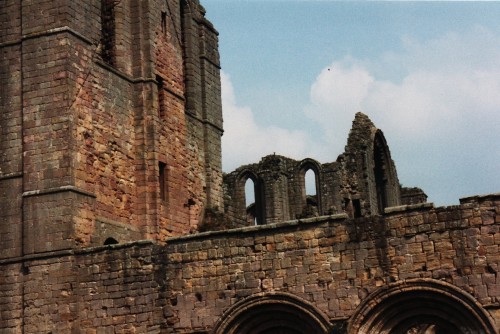 This National Trust property is ruined, was burnt down by Henry VIII following his arguments with Rome over divorce. 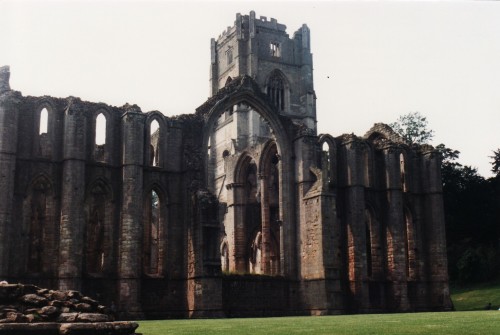 Though I was at the University of York in the late 1980s, I never actually got around to visiting again, in the main as when I was at University I didn’t have a car, and public transport wasn’t always an option. 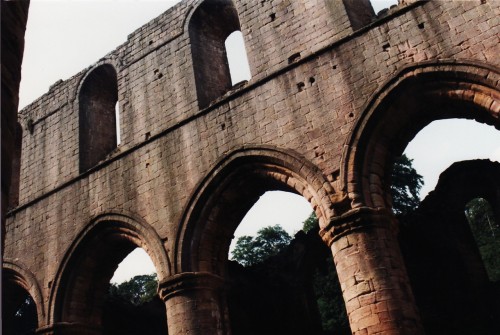 I keep meaning to visit again, we went to York at Easter 2013, but the cold weather at the time (it snowed a lot) meant that we kept to indoor attractions such as the Castle Museum and the National Railway Museum. 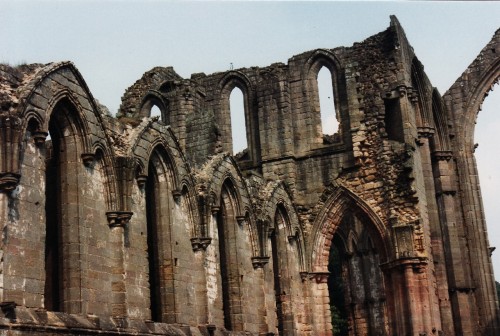 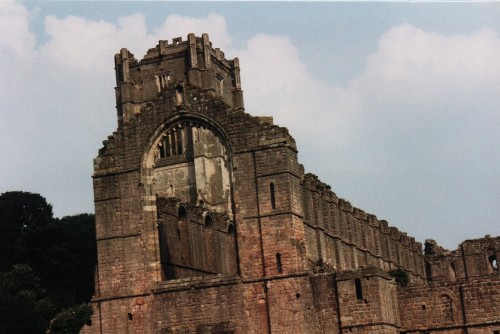 If you are a member of the National Trust, and though I went a long time ago now, I would recommend a visit.