It only really came to my attention that I was doing this a lot, when checking the Places function on the Apple Photos Mac App that I could see I had taken the same photograph of the same thing just years apart! This photo though was a chance find. It was down to Amazon Photos, which I use as a photo back up.

There is a tree in our back garden that at one point had a supporting post. The tree started to grow around the post. Back in November I took this photograph as part of my photo a day series. 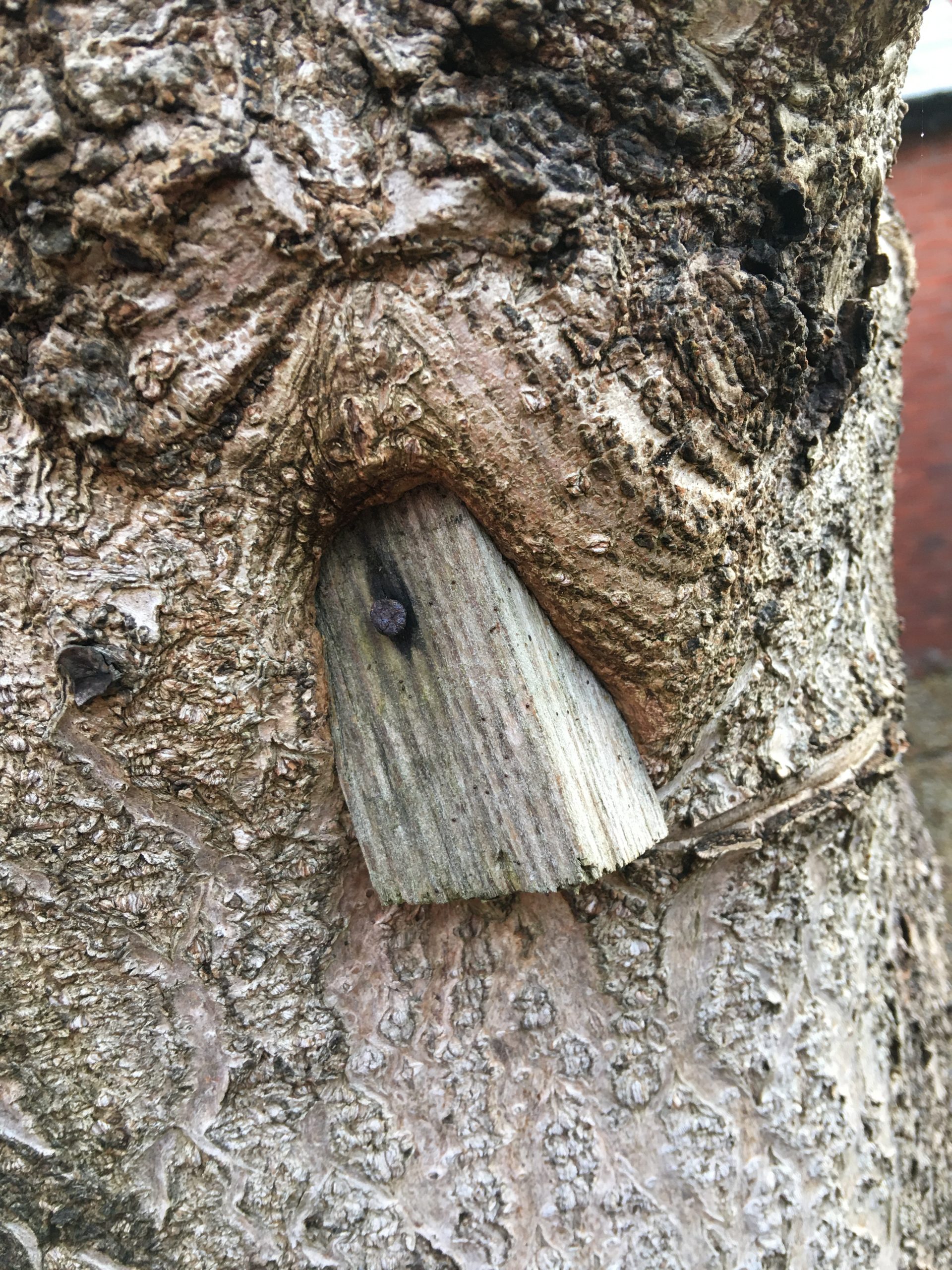 What I didn’t remember, until I was reminded by Amazon Photos that I taken a very similar shot three years ago in  December 2017. 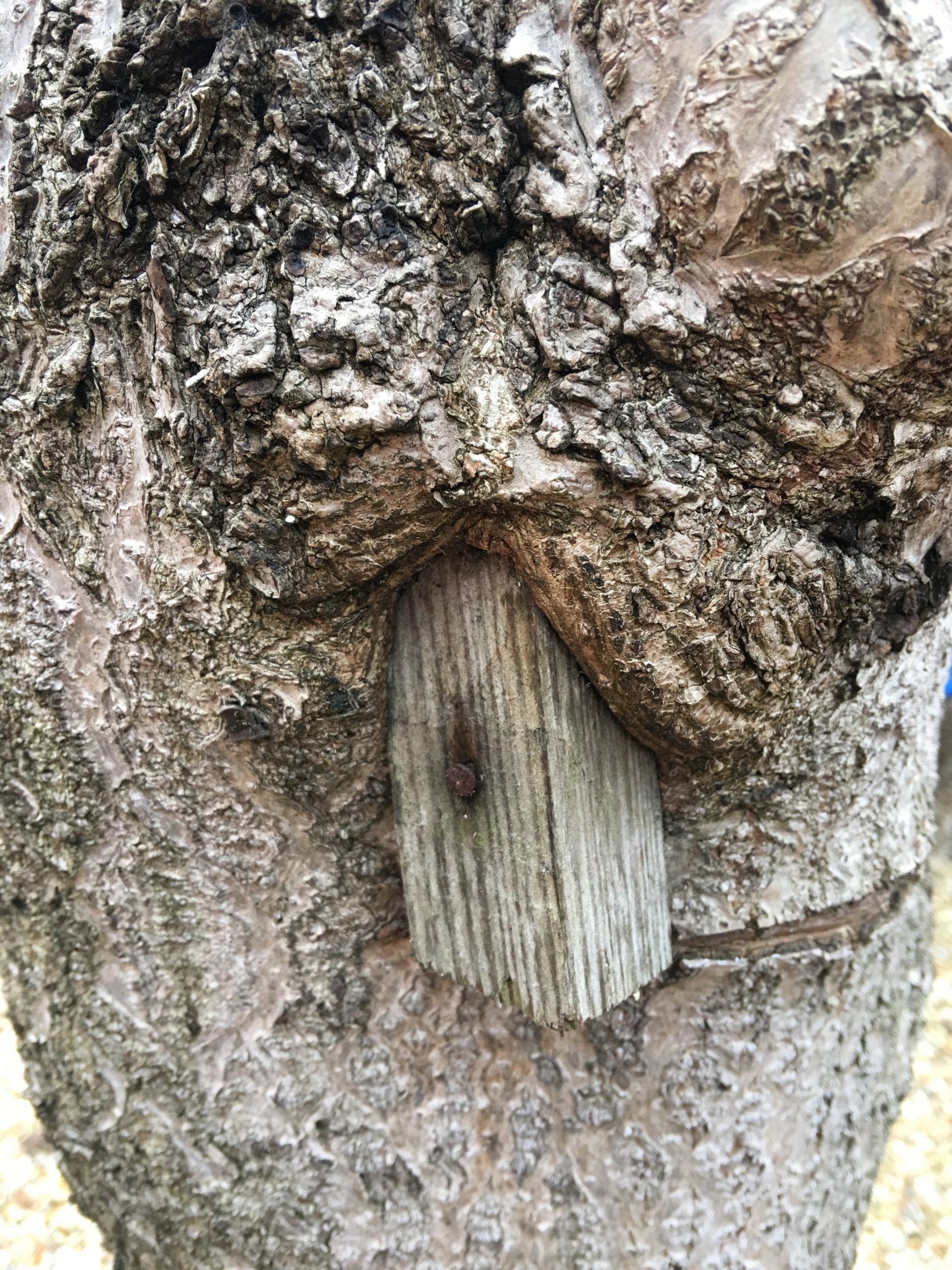 Comparing the two, over the last three years the tree has grown around the post more and more.