Up on the top of Victoria Hill in the park (by the coffee bar) is Shaun the Sheep 51. Shaunus Romanus. 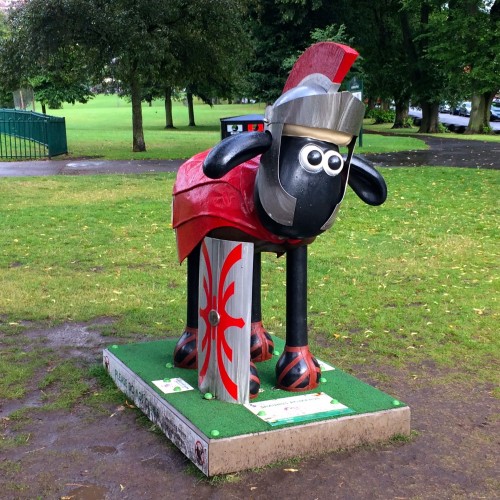 My name is Shaunus Romanus, commander of the flocks of the North, General of the Aries Legions and loyal servant to the TRUE emperor, Gromiticus. Father to a murdered lamb, husband to a murdered ewe. And I will have my vengeance, in this life or the next. 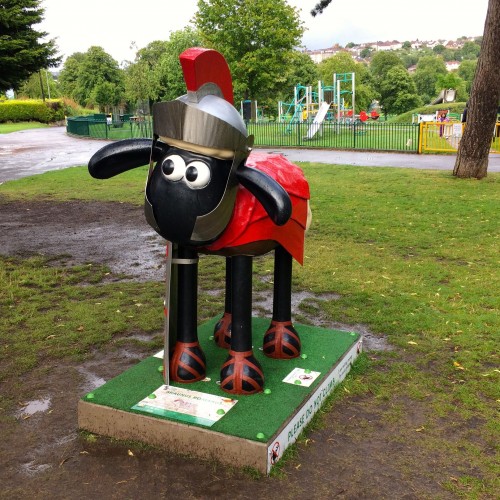 It had been raining, so the ground and Shaun were a little damp. I was impressed with how this one had been done, the metal helmet, shield and armour were nice touches. 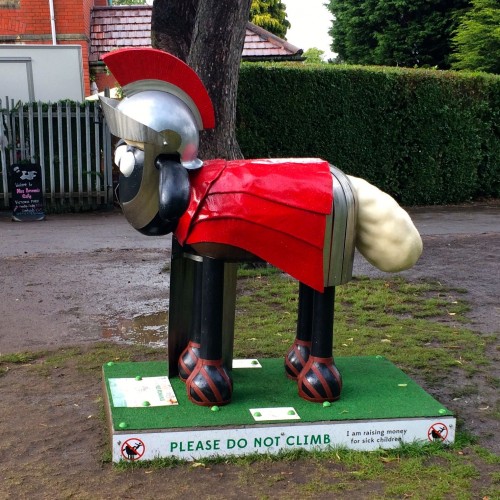