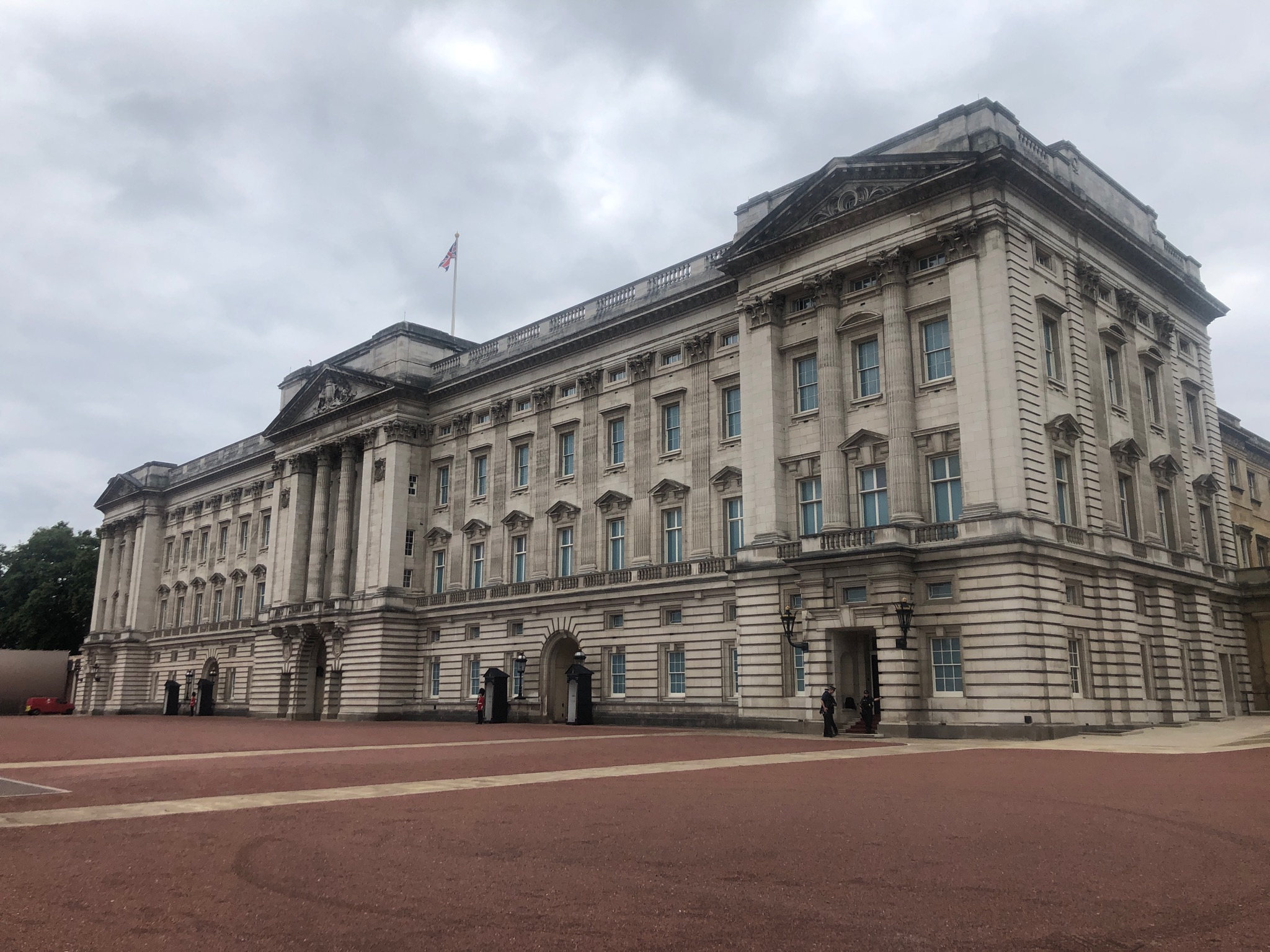 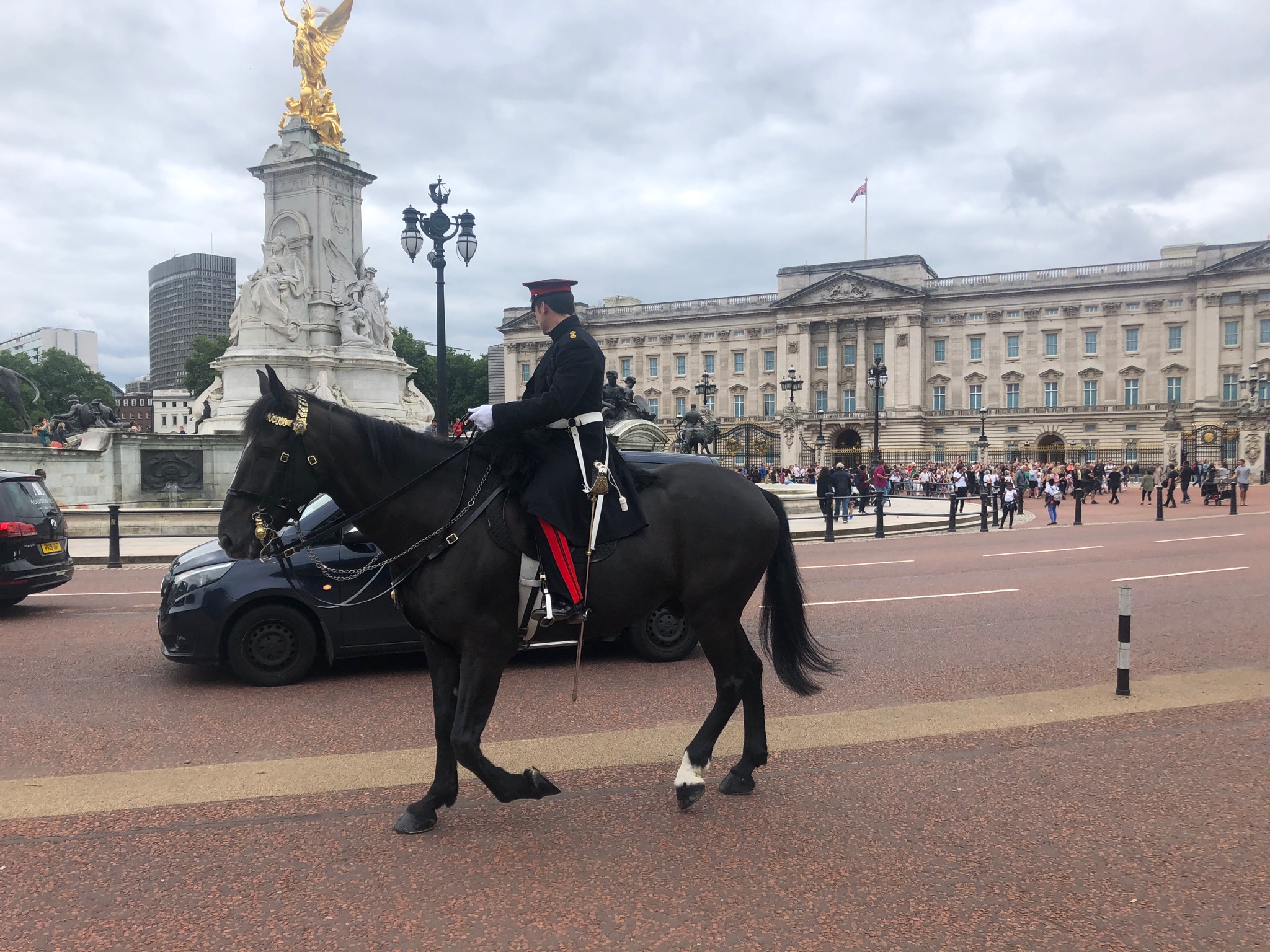 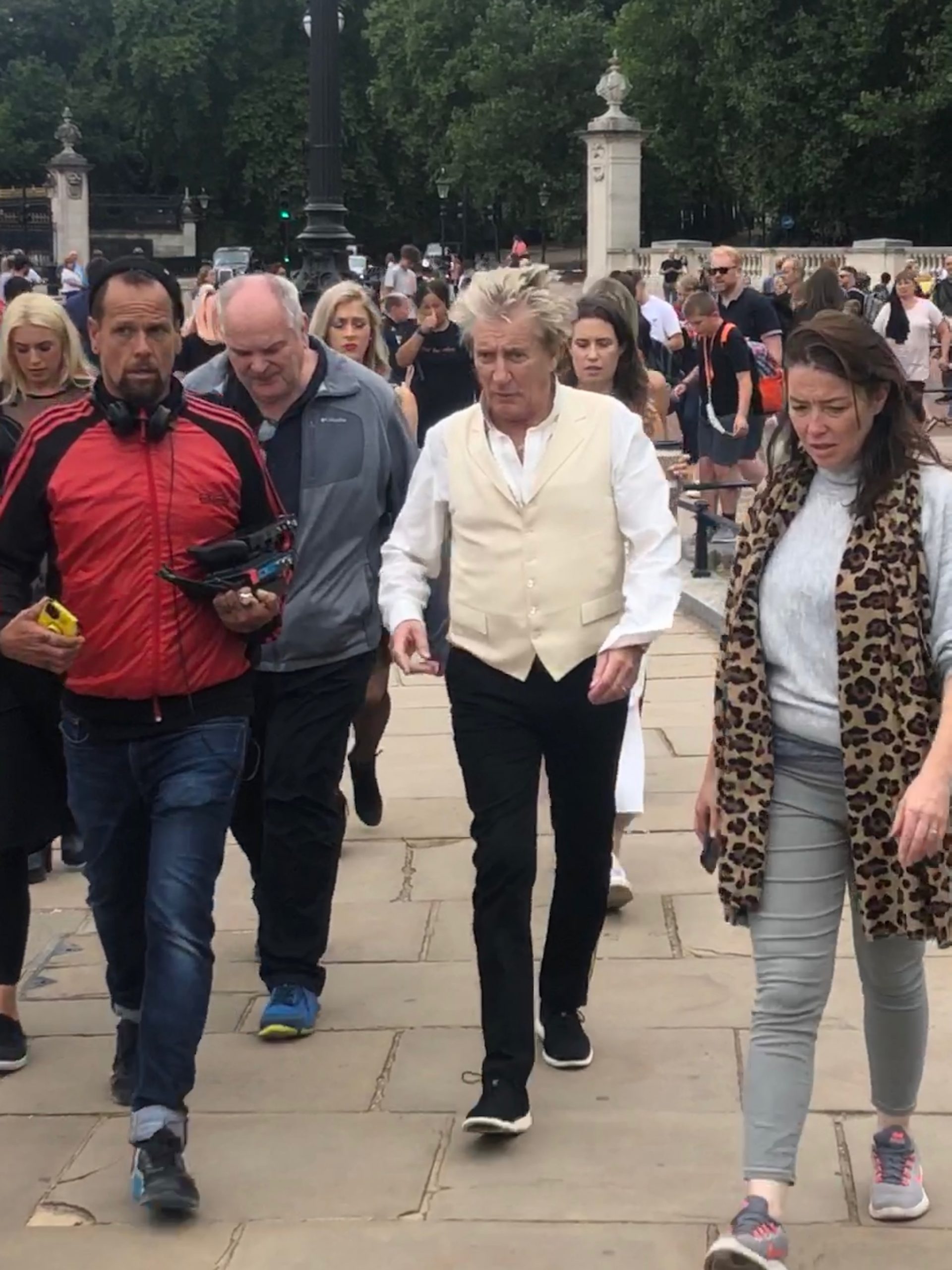 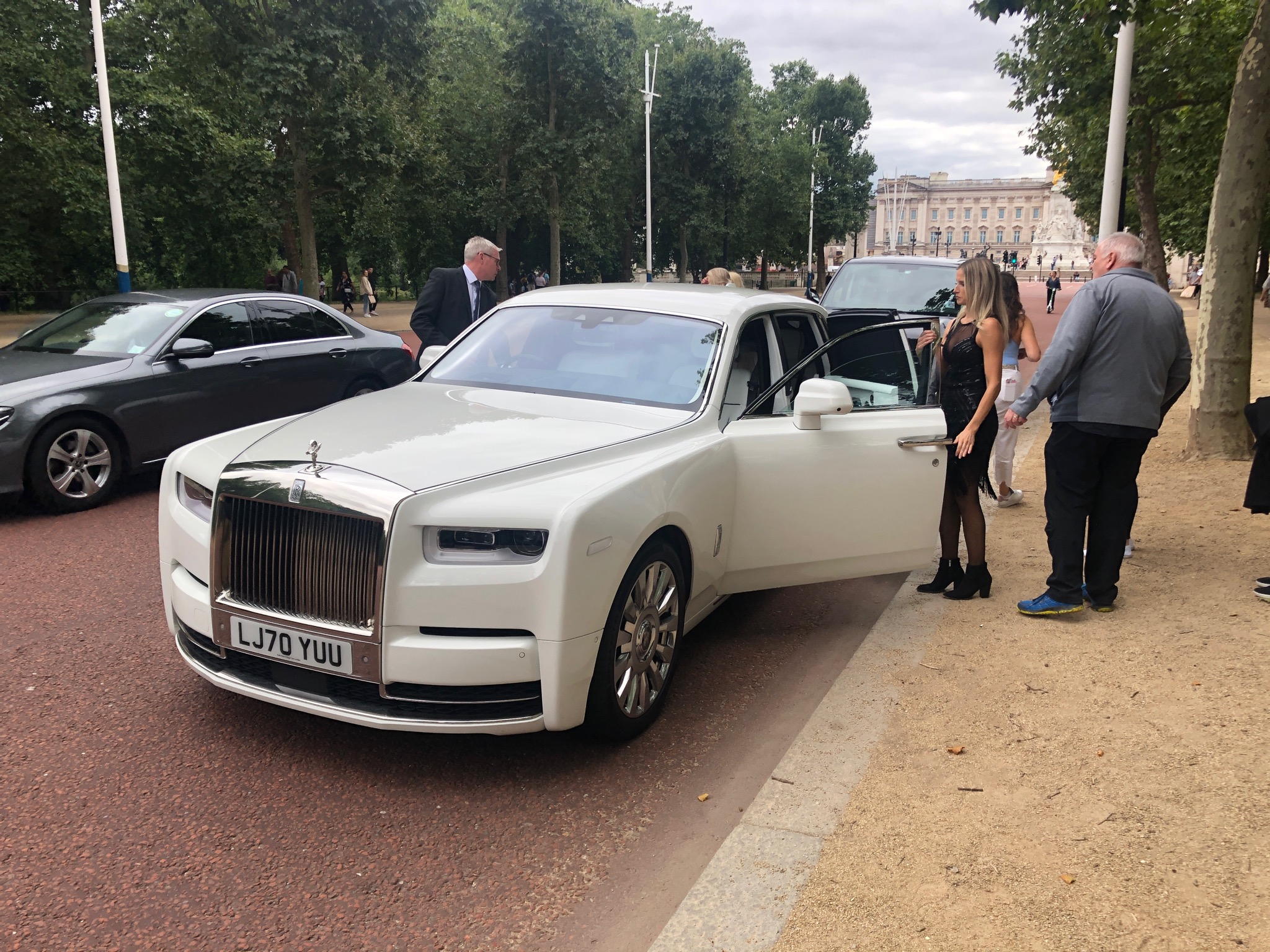 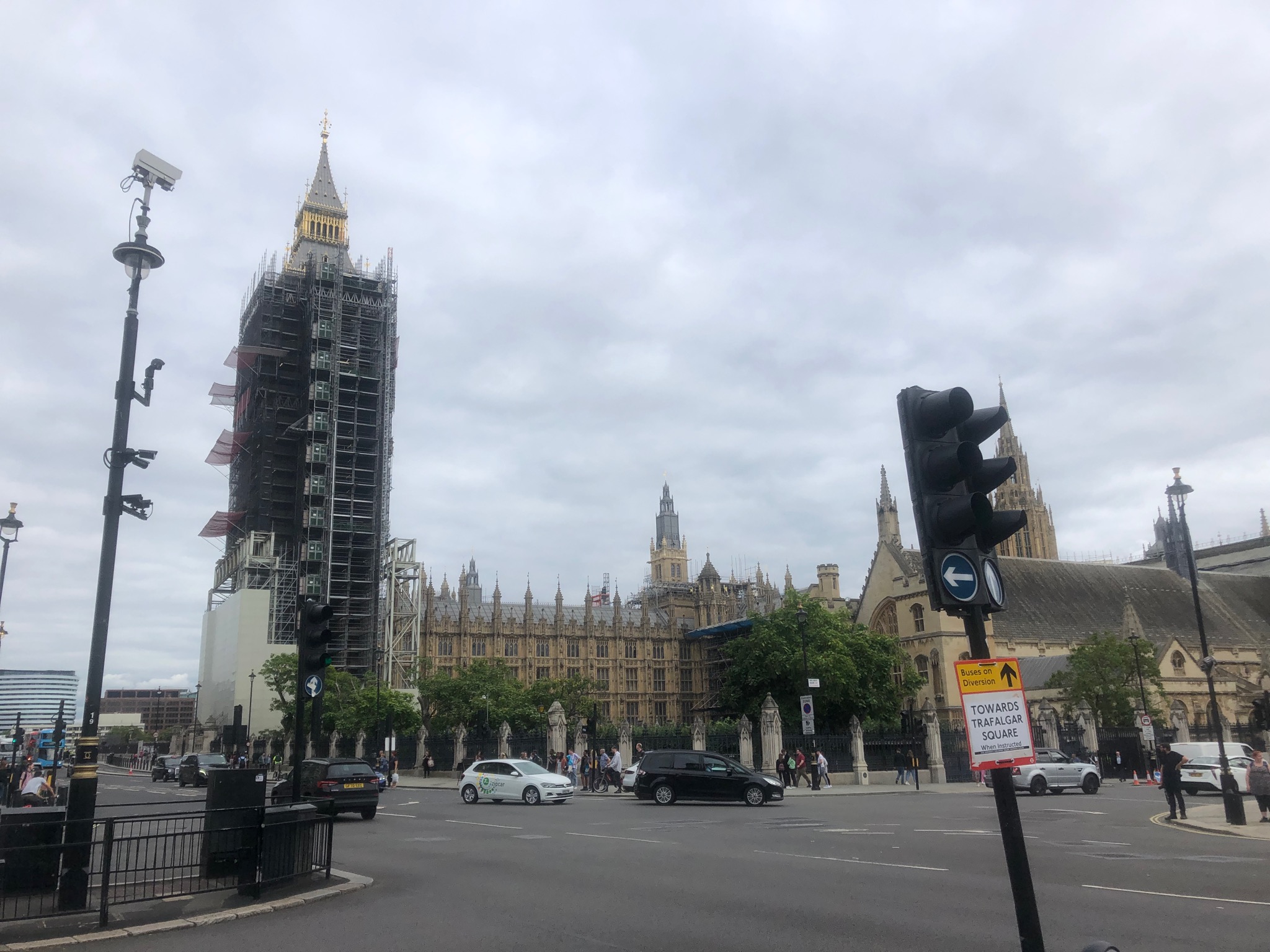 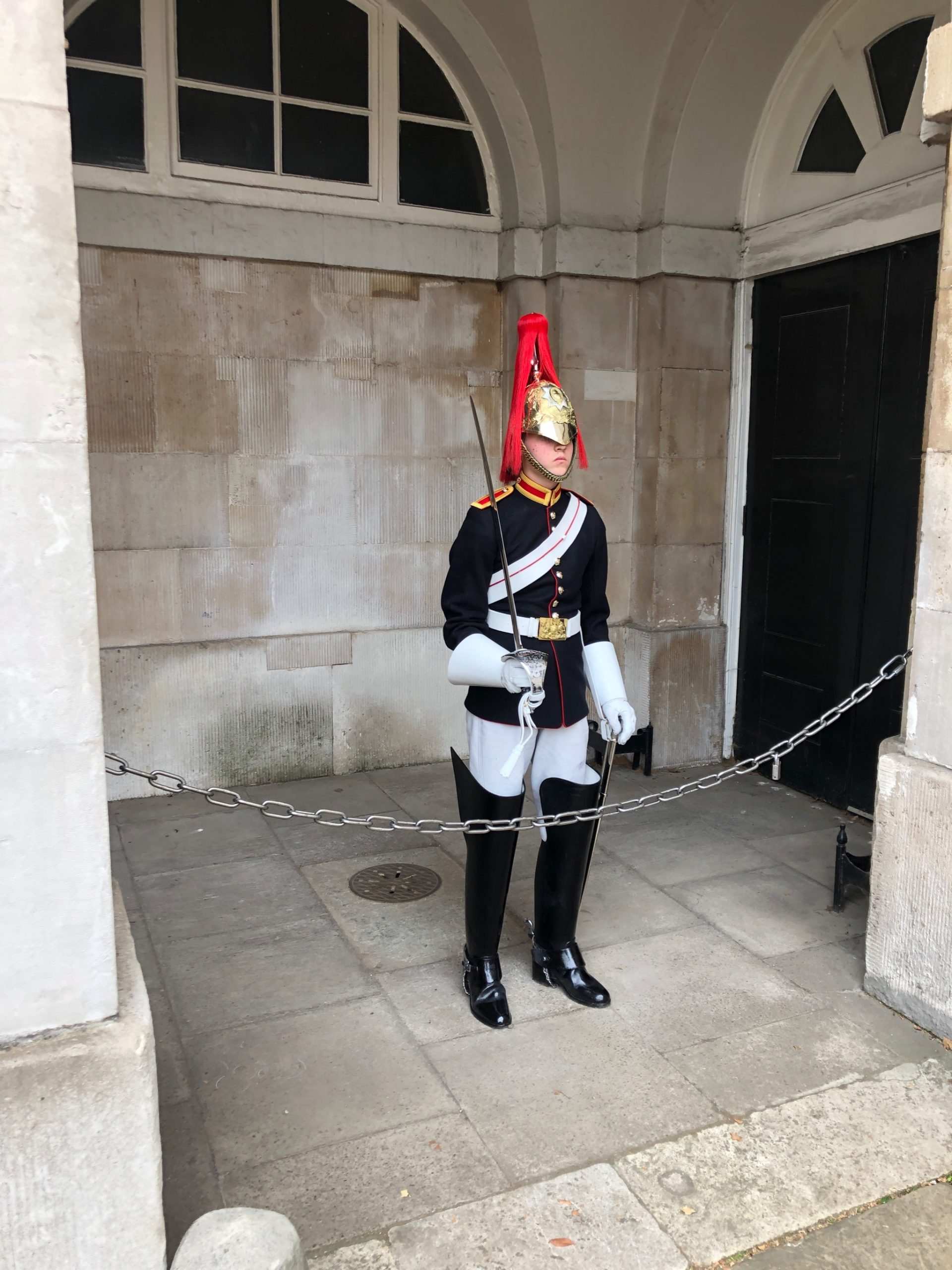 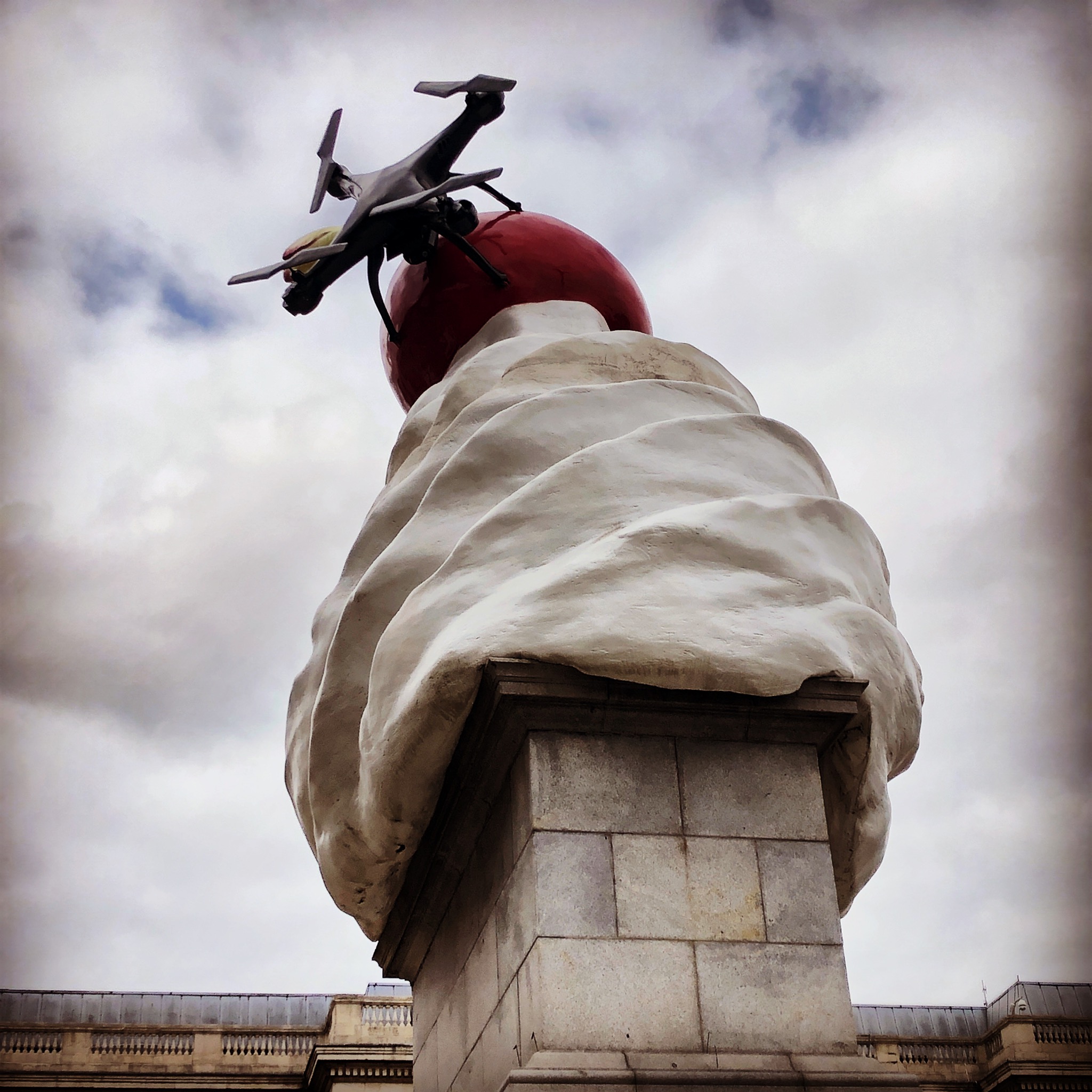 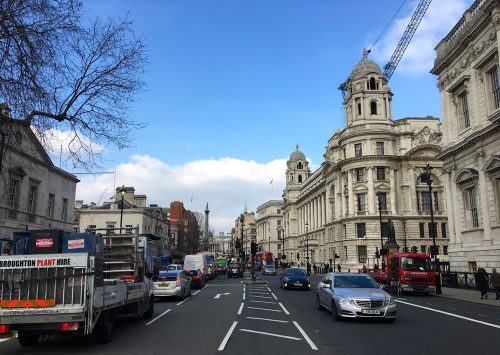 It was sunny, I had a little more time until the train, so I decided to walk from Whitehall to Paddington.

Usually I am rushing so catch the underground, so it was nice to have an extra 30 minutes, so I could walk from the conference venue in Whitehall to Paddington station.

Some of the buildings are incredible on Whitehall, but then again it was once a Palace. 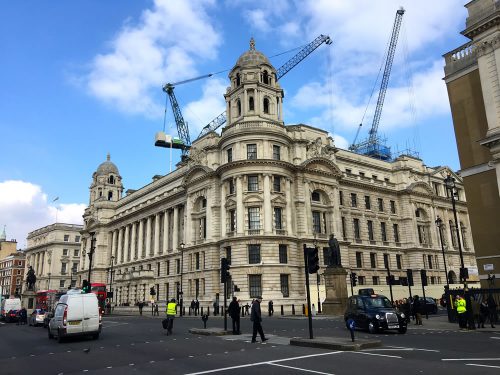 I left 61 Whitehall and crossed the road to Horse Guards Parade. Outside Horse Guards were two horse mounted guards getting harassed by tourists who were taking selfies of themselves with the horses in the background. 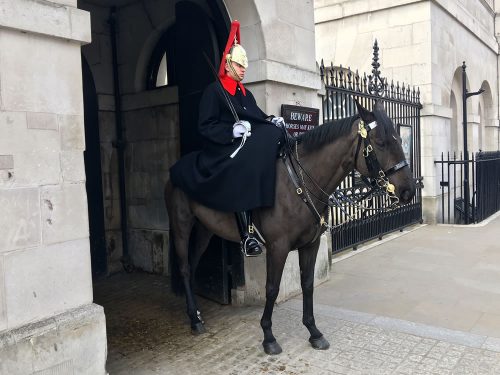 To think it wasn’t that long ago the tourists would merely take photographs of the guards or would stand next to them as a relative took the photo. The selfie phenomena has changed all that as everyone holds their phone at arm’s length and attempts to get themselves and their family and the horse into the photo. It’s difficult, but much much easier than trying to do that with a 35mm film camera which had no screen to preview the image! 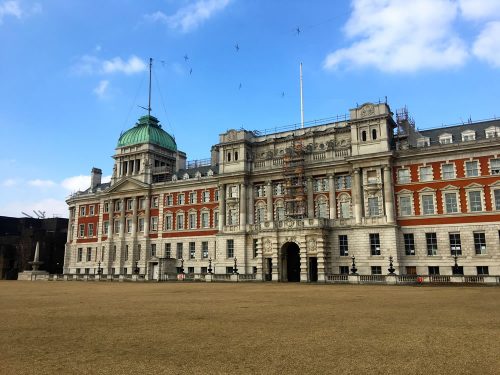 I have walked through Horse Guards a few times and though I am sure I noticed the Turkish Gun before, this was the first time I went up close to get a picture. 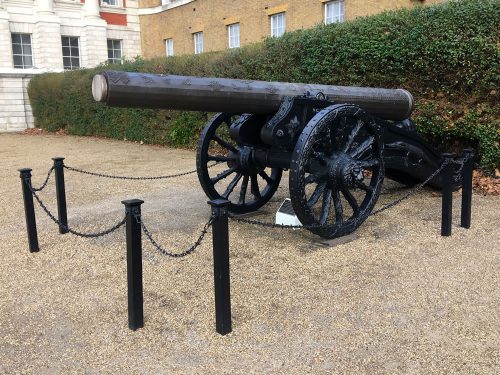 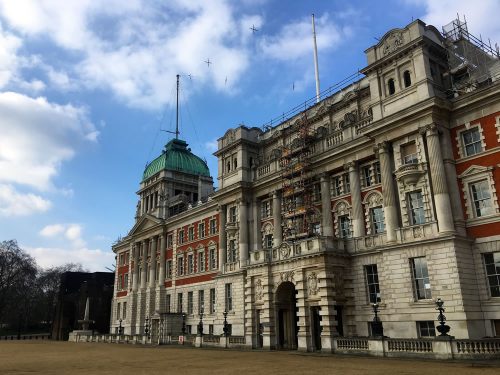 Next to Horse Guards is a huge incongruous building that can only be described as a bunker. Compared to the Georgian magnificence of Whitehall this bunker is a very crude and brutal. 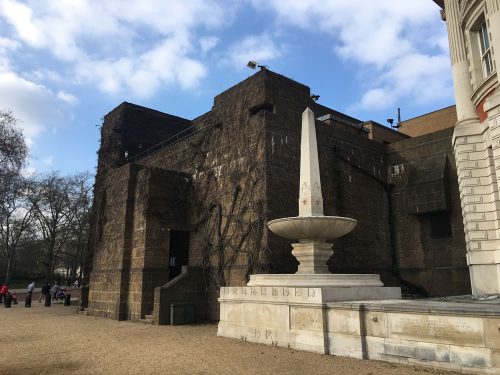 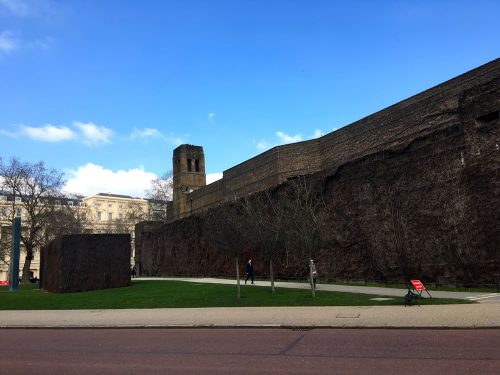 What is interesting that it was built with the plan that in the event of a successful German invasion, it was intended that the building would become a fortress, with loopholed firing positions provided to fend off attackers. 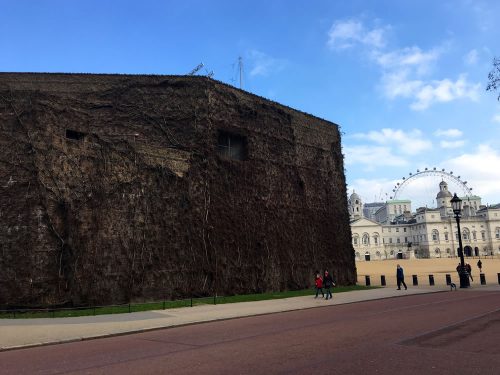 I did think about walking through St James’ Park, but in the end walked down the Mall towards Buckingham Palace.

Passing by Clarence House there were two guardsmen, who appeared to be playing a marching up and down the road game, not sure what they were trying to do, but no one was watching except me and a couple of Americans. Maybe they were stretching their legs after standing for too long in their sentry boxes.

I was then in front of Buckingham Palace. I was reminded by how effective the CGI was in the Netflix series The Crown. Their recreation of the 1950s Buckingham Palace is very accurate. It was only after watching this video that I realised how much the series was using computer graphics to recreate 1950s London and other locations.

After passing by the palace I entered Green Park and walked up to Hyde Park Corner. Now I have to admit I did think about catching the tube for the final stretch, but no decided to walk through Hyde Park.

I realised I had never seen the Serpentine before, now I have.

It was a really nice walk.