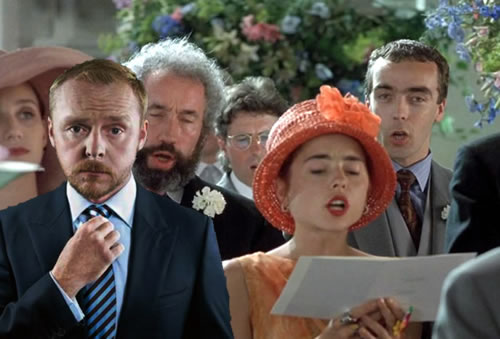 One thing that does confuse me now and again or makes me smile, are the search terms that people use, one recent one was:

was simon pegg in 4 weddings and a funaral

My site mainly came up as I had written about Four Weddings and Funeral in my cinematic advent calendar and at the same time there was a record of a tweet I had sent.

@simonpegg @totalfilm hope we do see the Falcon and in less than twelve parsecs.

The combination meant that the search query, was simon pegg in 4 weddings and a funaral, put my website near the top of the listings on the search engines.

Well in a final moment of clarity, just to note, Simon Pegg was not in Four Weddings and a Funeral, he was considered for the part of Rufus, which eventually went to Rowan Atkinson.