As mentioned previously, back in the 1990s when I was teaching at a college in Bristol, I use to undertake regular field trips to the Bristol Harbourside as part of a unit on urban regeneration. There was at the time to much happening down there after years of inaction that it was an ideal place to demonstrate the impact of investment and change of use. Bristol had been an important port for hundreds of years, this all came to a halt in the 1970s and regeneration plans were developed. Not much happened for twenty years, but in the last twenty years we have seen major regeneration of the area, massive building of offices, business, residential and entertainment, as well as visitor attractions such as at-Bristol (where incidentally I worked for a while when it opened).

During one of those field trips, I took my SLR camera with me, and digging around a box in the garage I found the prints, which I have since scanned in.

This is now Za Za Bazaar, but has been many different establishments over the years. 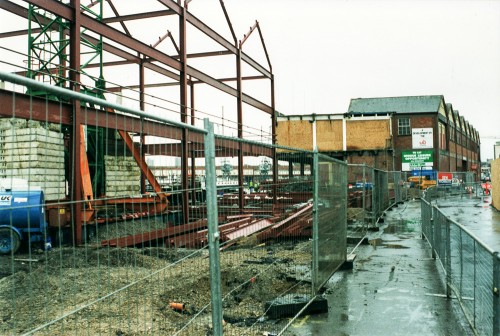 Over on the other side of the river is Narrow Quay with The Architecture Centre and The Bristol hotel. 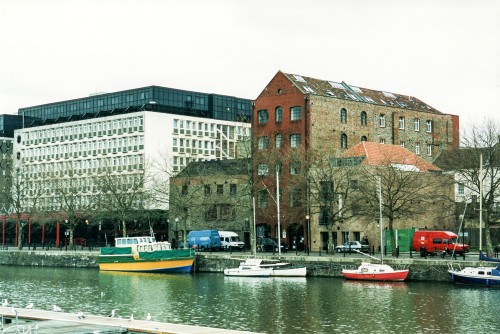 Longer view down the harbourside, in the distance is the old Bristol and West building, now the Radisson Blu Hotel. 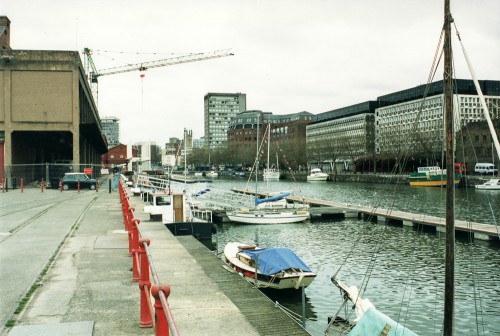 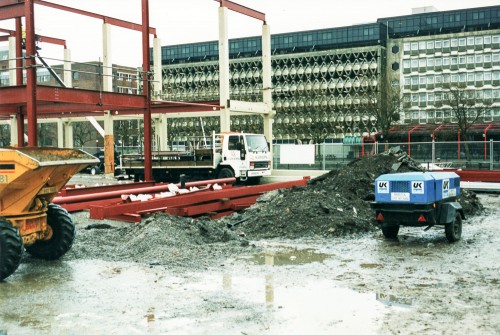 In this view (on the left) are the Old Leadworks, you can see the chimney. This initially became offices as part of Wildscreen-at-Bristol, and I worked in those offices when I worked at at-Bristol in 1999-2000. After Wildscreen became Wildwalk and then closed, the buildings were empty for a while, but now house the Bristol Aquarium. 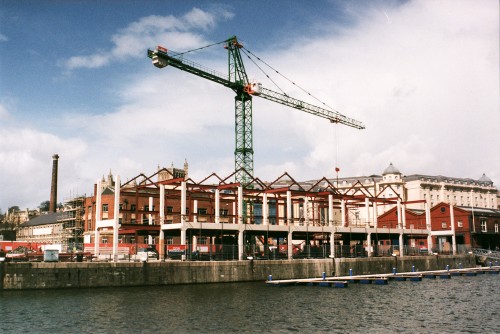 One Reply to “Bristol Harbourside in the 1990s”