The Edinburgh Tram started running in May 2014.

Though in the early 2000s I travelled to Edinburgh a fair bit, by the 2010s I had stopped travelling up there. In the 2000s I would catch the bus from the airport to the centre.

On the 1st December 2014 I made a trip to Edinburgh for a conference, it my first opportunity to travel on the then new tram. I took a photograph from the Airport Tram stop down the line. 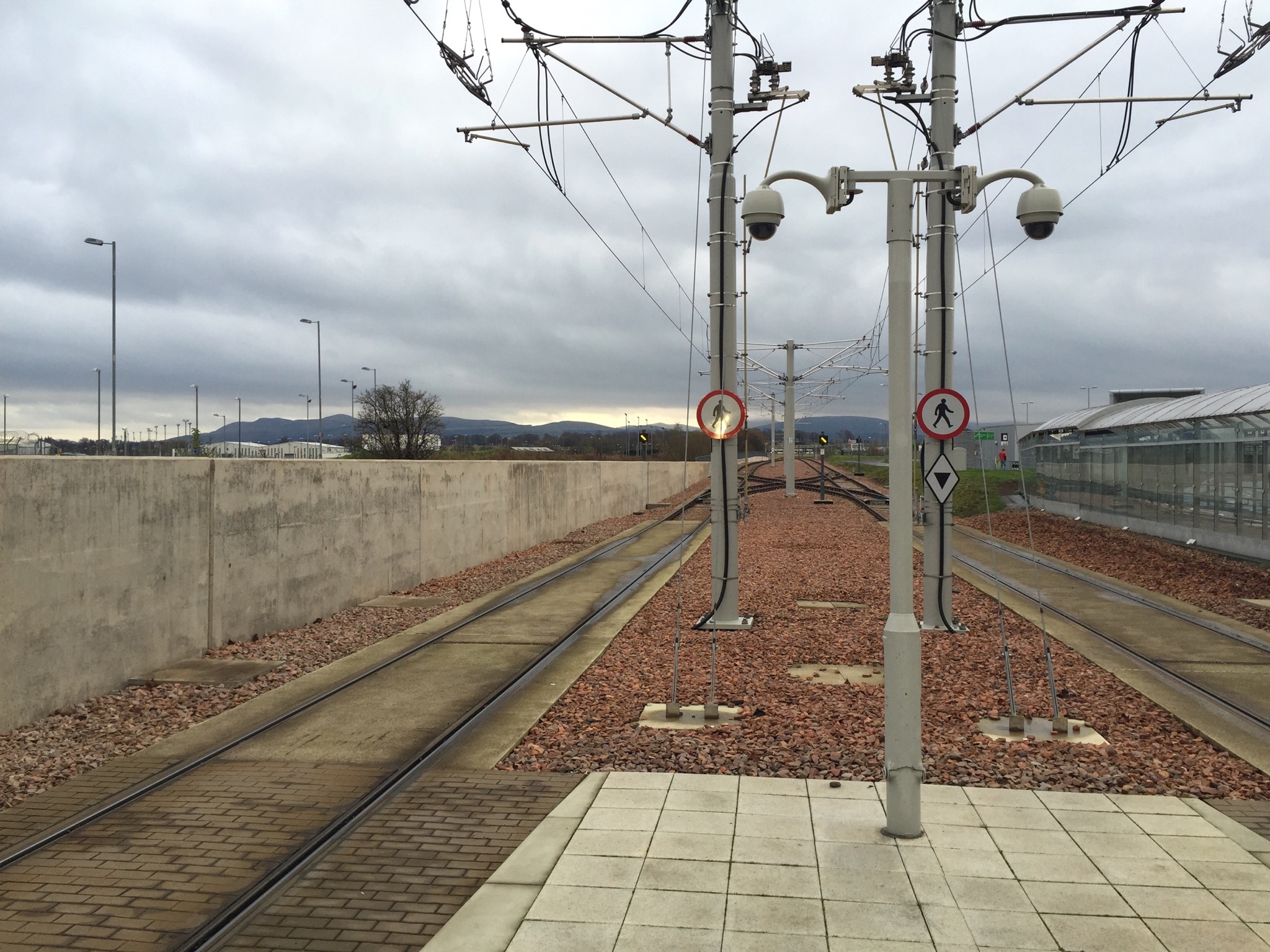 Of course you take a photograph and then think nothing of it.

Five years later I am heading off to Edinburgh once more,  I hadn’t been to Edinburgh in the intervening period, though I had been to Glasgow a fair few times. Arriving at Edinburgh Airport and heading towards Haymarket the obvious thing was to take the Tram. Waiting at the stop I decided to take a photograph…. 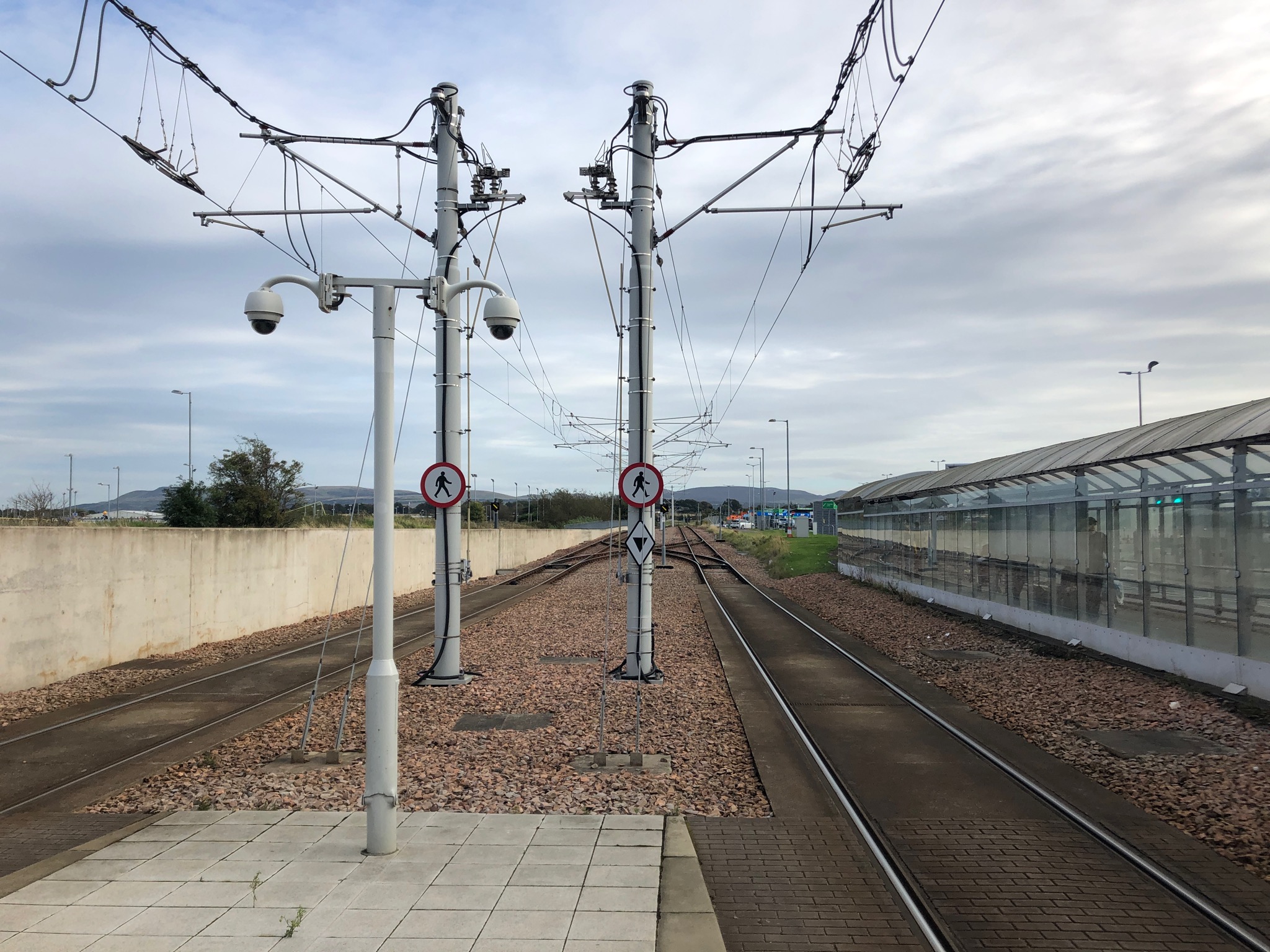 Not quite the same photograph, but pretty close.

I was back in Edinburgh in November 2019 as well, but didn’t take a photograph of the Tram stop.