Back in the 1990s when I was teaching at a college in Bristol, I use to undertake regular field trips to the Bristol Harbourside as part of a unit on urban regeneration. There was at the time to much happening down there after years of inaction that it was an ideal place to demonstrate the impact of investment and change of use. Bristol had been an important port for hundreds of years, this all came to a halt in the 1970s and regeneration plans were developed. Not much happened for twenty years, but in the last twenty years we have seen major regeneration of the area, massive building of offices, business, residential and entertainment, as well as visitor attractions such as at-Bristol (where incidentally I worked for a while when it opened). Even today there is still ongoing development with recently new flats going up at Wapping Wharf.

During one of those field trips, I took my SLR camera with me, and digging around a box in the garage I found the prints, which I have since scanned in. This is the third post on these images, you can find part one here, and part two here.

One of the earlier developments was down by Poole’s Wharf, this was during development of that area. 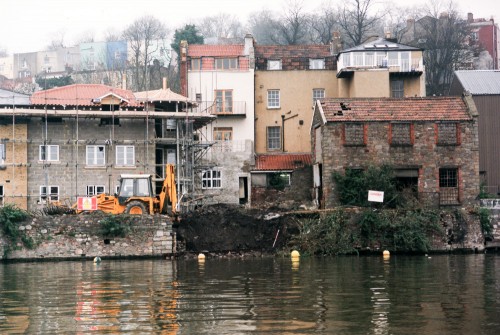 Since this image was taken (well it was nearly twenty years ago) a bridge has been built across this part of the harbourside. 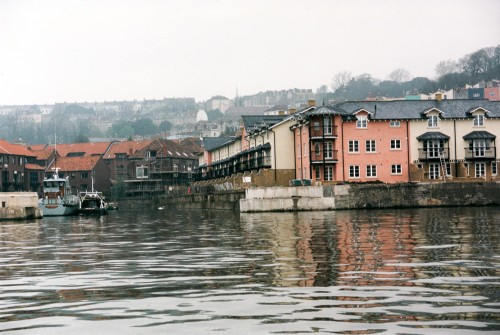 Prince Street Bridge was open both ways to traffic back then, it was certainly dicing with death as you walked across  with cars streaming through, whilst pedestrians walked along a very narrow pavement on the swinging bridge.  It then went down to one side for cars and one for pedestrians, made it a lot safer, but you had the mind all the bikes. At the moment it is closed to traffic in both directions. 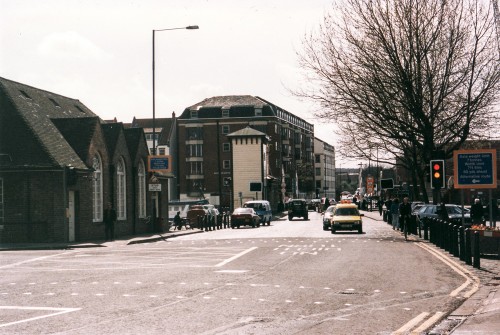 The bridge was put in place in 1809 by the Bristol Dock Company on the site of the ancient Gib ferry owned by the Dean and Chapter of Bristol Cathedral.  is operated by water hydraulic power.

This view from just up from the Arnolfini, is not too much different today, well apart from Pero’s Bridge which connected the two sides of the dock. In the distance you can see what was the Industrial Museum. 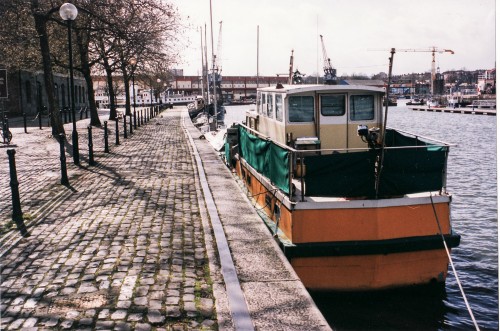 The Old Gas Works had been derelict for many years and was a challenging area for development, mainly as the buildings were listed and also the ground was contaminated. It took many years after other development was undertaken before we saw this area get developed. 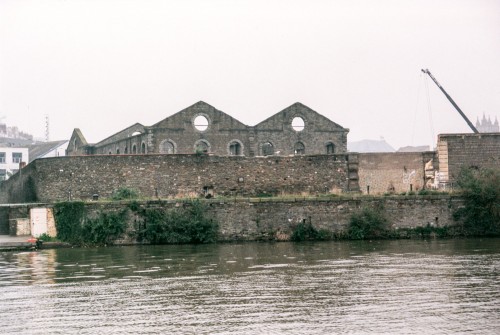 I do have some more pictures and will post them another time.

2 Replies to “Bristol Harbourside in the 1990s Part Three”